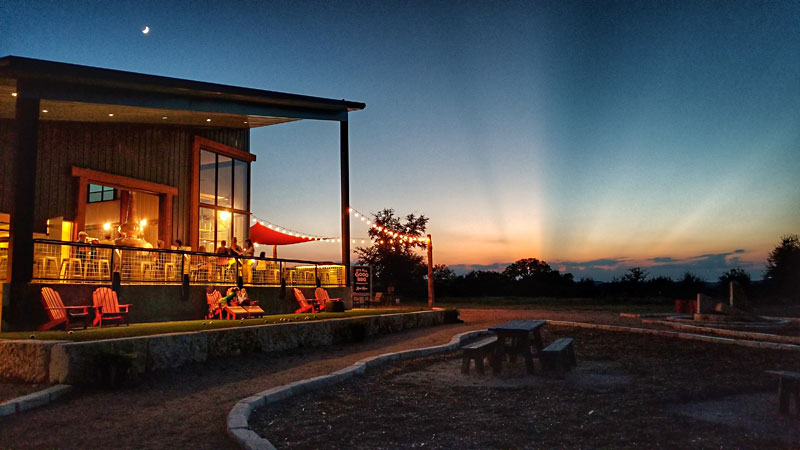 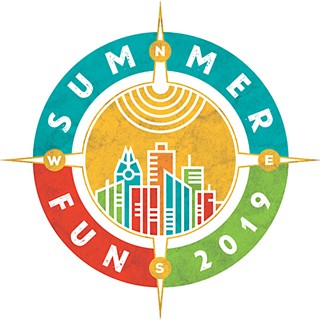 Head north from Austin, just up Highway 71, and you'll pass a trail of orange and yellow wildflowers leading you to Iron Wolf Ranch and Distillery. Unlike the other spirit companies and breweries popping up all over exurbs like Dripping Springs, Iron Wolf sits on 15 acres of land, overlooking lofty Hill Country views. From the tasting porch, you can spy meadows, cow pastures, blue skies, and in the distance, Lake Austin in a bowl beneath the hills. What's more, you'll get to know some of the most interesting and taste-forward new spirits you'll sample for miles.

"We bought this property five and a half years ago," says Glenda Watters, one of Iron Wolf's founders. "We sat around the fire pit and decided to make it a destination. A place you could bring Grandma, or a biker dude friend, or your kids. We wanted to have something for everyone."

Watters, along with her three other "framily" members – husband Jordan, brother Lester Singleton, and good friend Randy Aylieff – built Iron Wolf from the ground up, literally digging the ditches and laying the plumbing with a willing team of six sons (two from the couple, and two each from the other partners). The original idea was to found a "hobbyesque" style business. When wineries proved too risky, prone to fail after bad weather or fires, the creative foursome decided on a distillery. "It allowed us to focus on what we love anyway," says Jordan Watters. "Wineries are 70% farming. We wanted to do what we enjoy, which is the blending and social aspects."

The label was named with the couple's pet Siberian gray, Luna, in mind, but the "wolf" in Iron Wolf signifies more. "The wolf has intrinsic value to all cultures," Jordan Watters says. "The wolf pack has all the grand attributes that resonate with our team and what we wanted to create: social connection, and that wild, edgy feeling that fits with Texan attitudes."

Their signature whiskey, Hotscotch, embodies that creative spirit and unexpected pluck. It starts out filled with butterscotch sweetness, silky on the palate, eventually making its bold statement on the back of the throat. During experimentation, the team wasn't happy with a sugary finish, so they kept working until they landed on a blend of spicy, but not too hot, peppers that really sticks. Ask Glenda Watters to clarify just which peppers are in the mix, and she'll answer vaguely: "Three of them." The carefully crafted blend of candy, smoke, and heat recently won the silver medal at the 2018 San Francisco World Spirits Compe­ti­tion. That's world competition, and it's right here in Austin's cedar-lined backyard.

Iron Wolf's own backyard has been well utilized, building out the structures amidst the natural layout to include a performance stage next to an outdoor "Bourbon Garden," a tasting room with outside patio, and even a nine-hole PGA disc golf course (you can play one-handed while sipping your drink). The distillery also plans to expand in the next few years, adding seven new buildings, including a larger stage, an event space, and a barrel barn with a cut-out cave underneath for white linen dinners. Sevens Out BBQ – a five-star food truck with a massive on-site smoker – is also permanently housed at the ranch. "We found people were coming out sometimes just looking for Sevens Out, and were pleasantly surprised to find us, too," says Glenda Watters.

The under-an-hour drive to Spicewood to satisfy a craving for the uniquely Iron Wolf flavor is certainly worth it. And although Hotscotch, along with five of the other six creations cooked up by the distillery, is in distribution through Spec's, Twin Liquors, and Total Wines, merely purchasing the bottle means you miss the whole Iron Wolf experience.

While visiting Iron Wolf on a Saturday afternoon, guests can enjoy their Giddy'up horseradish-infused vodka (also an American Distilling Institute silver medal winner) along with a live music mix of singer-songwriters, Americana, country, or classic rock. There's also that award-winning moist brisket and a G&T made with Iron Wolf's fresh, citrus-forward "gateway" gin (designed for Texas heat, not London fog), perfect for sipping and watching the kids play on the on-site playground. On June 15, Iron Wolf is set to host another special event featuring 20 vendors and three bands playing throughout the day.