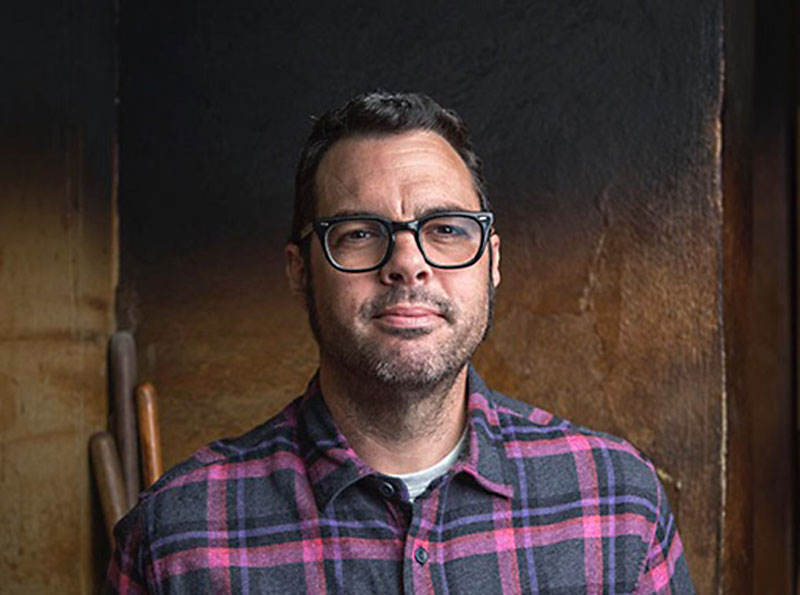 Aaron Franklin is a man of many talents: He's mastered the art of brisket-based barbecue, with lines of hungry patrons to prove it; he's helped create a one-of-a-kind food and music festival with Hot Luck; he's a published author, sharing everything he knows about cooking meat in book form. And he's back on bookshelves with a new entry, Franklin Steak: Dry-Aged. Live-Fired. Pure Beef., once again co-authored by Jordan Mackay. This is another deep dive into a very specific type of cooking, complete with gorgeous photography by Austin's own Wyatt McSpadden. Franklin sat down with the Chronicle at his eponymous restaurant to talk steak. 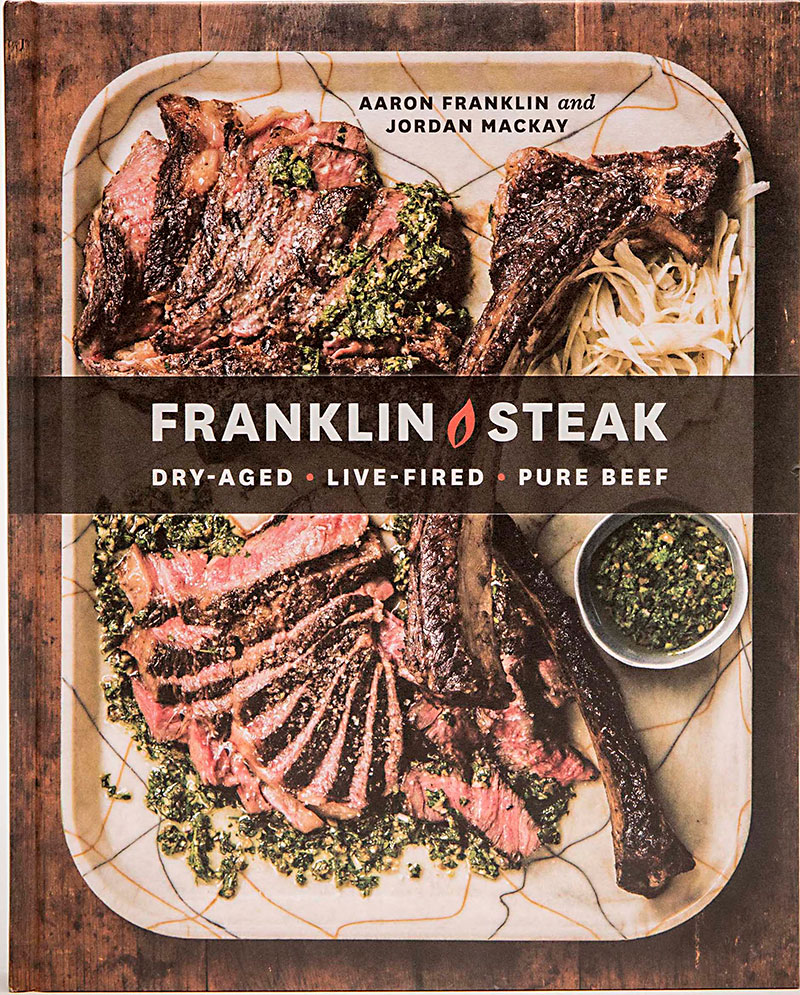 On the origins of the book

Aaron Franklin: In the beginning, I was grilling steaks way before I was ever cooking brisket. The first book I did with Jordan – we'd hang out here, do the whole restaurant thing, and we'd end up back at my house. Pretty much every night, we were like, "What do you want to do? We should grill some steaks." Jordan, at that point, was like, "Man, we should do a steak book. I've had an idea for a steak book for a long time." I'm like, "Yeah, good luck with that." Three or four years went by, and the publisher called up and said, "Hey, you guys ever think about doing another book?" We're like, "Eh, not really." But Jordan is like, "Hey, I've got this steak book I want to do." So we did one, but it really stemmed from being here and just hanging out with Jordan. That was – little did we know – the beginning of this book.

On the place of steak in the world of food

AF: The cool thing about steak is that it's kind of for everybody. You don't have to have a crazy expensive steak to have a good meal. You don't have to have a grill, you can have a skillet. It's not like barbecue. Barbecue is really specific. It has to be just a few different pieces of meat, goes for a really long time, is really labor-intensive. With steak, you can get such a great meal out of something that's so simple. It's just meat and fire, like barbecue, except it doesn't have the time thing going on.

On the necessity of having an excellent cut of meat

AF: Well, just because you can get an amazing steak doesn't mean you can cook an amazing steak. Enter the Franklin Steak book. The way the beef industry has gone, a lot of the good, prime-graded stuff goes to restaurants. But thinking back to when we were kids, especially around Amarillo, that's all huge corporate feedlots, and that's the stuff we grew up eating. You'd go to Steak & Ale and those sorts of steakhouses. There was one in [my hometown], Bryan, and that's where I went every year for my birthday. That's where the nostalgia comes up for this book. We'd go to the supermarket when we were kids, and it's still a lowly graded piece of meat. But now, thanks to the interwebs, that old way of thinking that "only steakhouses can get good meat, and they know how to cook it" ... that's wrong. You can get online and order amazing meat direct from some ranches. I think these days, it's easier to make a great steak at home than it is to find a good steak in a restaurant. There are some great steakhouses, for sure, but just because they're a steakhouse doesn't make it good.

On the advantages of buying meat from a butcher shop

AF: Well, you know where your meat came from. You go to a butcher shop, and you'll be like, "Oh, what's this?" "Oh, we got this from so-and-so farms. The cow was named this." Kind of Portlandia, but you know that it didn't have growth hormones. It wasn't mistreated. It was humanely killed. All of this sort of stuff. That's really what I'm looking for in steak, what I'm looking for in brisket. That's what we serve at the restaurant, too. Know where your stuff comes from. I think that the meat is better for it. That's what you're paying for at a butcher shop. That's what you get at Whole Foods, Central Market. I think, as is true in most everything in life, you get what you pay for.

On the layout of the book

AF: It's almost got a "Choose Your Own Adventure" flowchart with Eighties-vibing, Steak & Ale kind of fonts here. You've got five pieces of meat, five different ways to cook it, and then some different sauces. Then you've even got a recipe in here for raw tomatoes, because they're good. Don't need a recipe for that, but you don't necessarily need a recipe for steak, either.

On the best steak for the money

AF: The goal of the book is for somebody to be able to go to the supermarket or butcher shop and, not knowing what a piece of meat is, be able to look at it and say, "Oh, so it looks like this. I know how to cook this." Just to know without having hard rules or anything. As far as best bang for your buck, I think it's kind of a mix. [Points to book] That's a bavette, one of my favorite cuts of meat. I cook them all the time, and they're probably, like, six bucks a pound. I get them from Central Market – [it's about] having a balance ... cheap steak, skillet, little stick of butter, done.

On how his obsessive nature played out with this book

AF: We cooked probably about a hundred New York strips on a plancha with a laser to find the perfect temperature for Maillard reaction. We air-dried steaks with different levels, exactly the same amount of salt on each one, air-dried at different times to see when the surface started to dry out to get the best Maillard. You could get that deep, but nobody really should, and nobody really wants to because it's really expensive, but that's kind of why we made the book. We did all of those experiments, and we learned a lot. I disproved myself many times. For example, I thought that rib eye was my favorite steak. By the end of this, I was like, "Man, I really love a New York strip." I learned a lot of stuff, and Jordan did, as well. Yeah, you can get as nerdy as you want, or you can put a piece of meat over a fire, and if you're happy with that, that's great.

Aaron Franklin will be speaking and signing Franklin Steak at BookPeople on Friday, April 19, 7pm. For more details, go to www.bookpeople.com/event.