127 years in the business and still going strong 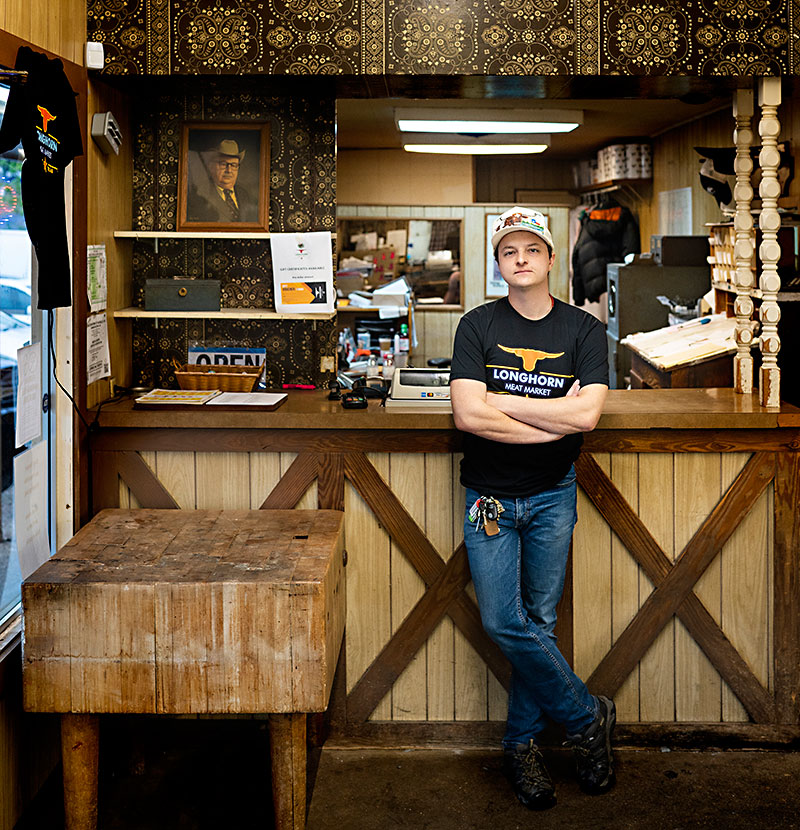 As the city's oldest premier meat market – the family business first opened in 1892 – Longhorn Meat Market prides itself on being "Austin's purveyor of all things beef, pork, and poultry." They've been an East Austin presence since 1969, after a few relocations, and now James Jackson Leach, the fifth-generation owner taking the reins, is looking forward to steering his family's business into the future.

Armed with a hospitality background and firsthand exposure to the Eastside's development, Leach's focus is on the community: "It's important for people to continue affording their neighborhood shops and products, otherwise community gets displaced." For decades, the market has attracted repeat customers and the generations beneath them – grandparents bring their kids, and those same children continue to patronize the store as adults. And with an influx of new neighbors, there's a renewed curiosity about what's inside the retro-styled butcher shop.

"Some people see us as a manufacturing facility, [and] they don't know if they can come in," says Leach. The confusion stems from the wholesale part of the business, which accounts for 70% of their sales: procuring meat for major restaurants, hotels, and catering companies around town. Longhorn sources everything, from locally raised products to the more cost-effective products from out-of-state ranches. They aim to provide the best quality, but keep the prices at the point their clients need, which means their shop carries meat priced for everyone. Longhorn's meat is cut to order daily, and they even sell specialty items like custom-cut dog bones. Inside the market, you'll find a one-stop grocery shop for staple goods including eggs, milk, tortillas, and butter – add a freshly cut slab of bacon to your basket and you've got the ingredients for a full breakfast.

Aside from the market nook, Longhorn makes a bunch of products from scratch. "I want people to get excited about the sausage that we make. People drive from all over Texas to pick it up," says Leach. Their sausage flavors include all beef, hot beef, beef & sage, pork & beef, all pork, and turkey, and they boast a made-from-scratch barbecue rub that's been in the family since the late 19th century. In the coming months, Leach's father, John Leach, will be selling beef raised on his nearby cattle ranch in Bastrop, making it some of the freshest beef available for purchase in Austin.

The market's parking lot will double as community party grounds, and Leach plans to host on-site monthly events, eventually adding a farmers' market to create another accessible space for neighbors. Using the market as a community hub is an important responsibility in his eyes, making sure old customers aren't pushed out while trying to embrace the new customers coming in. Beyond the neighbors, Leach has seen all types of attendees, from police officers to city representatives. The third official community barbecue is Sunday, April 14, 4:30-7:30pm. And while Mayor Adler hasn't made an appearance in the store yet, he's certainly invited.