A Guide to Getting a Beer During SXSW

Ditch the convention center and check these brewpubs 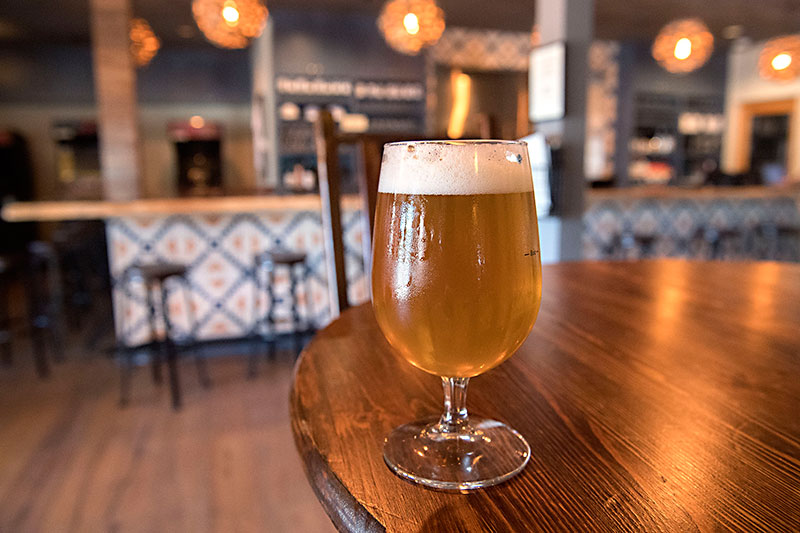 With SXSW on the brain, Austin likes to put on its elite game face for the 25 million visiting coder bros, internet celebrity cat managers, Friendster influencers, reality villain disruptors, spring breaking "WorldStar!" interjectors, toddler bloggers, meme stockbrokers, urban beekeeping podcasters, and one of either Alien Ant Farm or Wheatus on an ironic "in on the joke" career revival tour.

They'll descend on our city like culture junkies trying to score one more hit of provocative niche-grade panelist content, but you, chill-ass globe-trotter that you are, will feel like dipping out for a cold one after 47 seconds of that nonsense. We've put together a list of platinum-level newer and undiscovered beer joints that the 2018 jerks probably missed while waiting in line for hot scorpion yoga. So, ditch the convention center early and check these out instead.

If you were coming for "From IPO to IPA: The Work Gang Goes to Happy Hour"

Instead go to Southern Heights Brewing:

Will you have an IPA during SXSW? Yes, you will. So why not do it on the company's dime over at Austin's hottest, hop-crunching beer factory, which also doubles as a scooter apocalypse safe space on a large hill in far East Austin? Don't sleep on Tahitian Dreamin', a Citra, Centennial, and Simcoe-laced baddie that will set the digital marketing dude alight with good energy for his nightcap karaoke rendition of "Killer Queen."

If you were coming for "Wood Is Good: Upcycling Your Own Yellowstone"

Instead go to Oddwood Ales:

Unless you're some kind of well-heeled private equity chud who Airbnbs Noah's Ark when yachting in the Mediterranean, then you haven't experienced a woodsy getaway like Oddwood Ales' stylized staycation winter cabin interior, antiquity Italian cuisine, and some of the best wood-driven ales this side of Portland. Besides, did Noah have sweet Nineties console motel TVs loaded with classic free-play video game titles like Super Smash Bros. and GoldenEye? He did? Well how was his cryo-hopped pale ale?

If you were coming for "Chew Your Hops: Is Beer for Dinner Our Future?"

Instead go to the Brewer's Table: 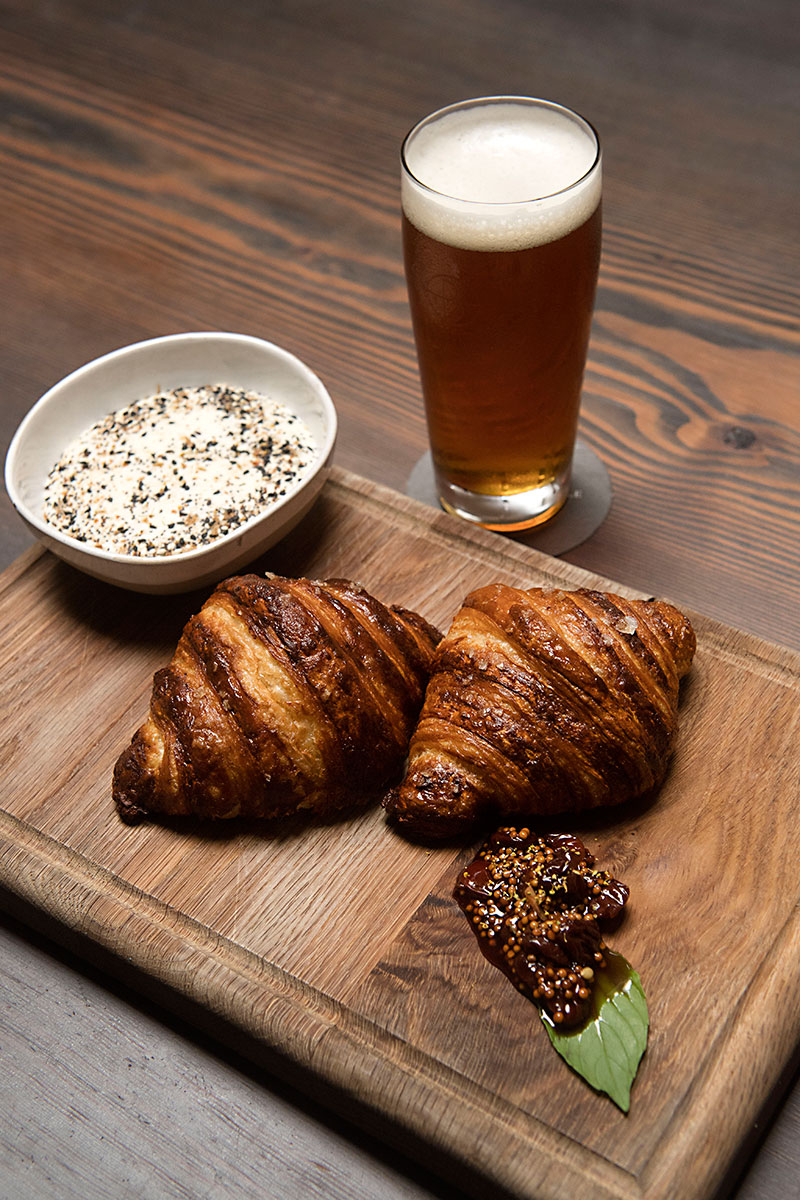 TBT serenades its dining hall audience from above with the Bukowski quote about beer being a continuous lover, which is verifiable until you're laid out on the operating table receiving stents for your dilated valves, calling for a permanent switch to Topo Chico. But, until that fateful day, the Brewer's Table will provide the amorous setting for beer – not only through its top-rated brewing program itself, but through its imaginative food menu, which integrates beer-as-food ingredients like beer grain spaetzle and toasted brewer's yeast. Ultimately, however, TBT's outdoor Lager Garden is where you'll want to end up drinking a Vor Ort in full satisfaction with your life choices. 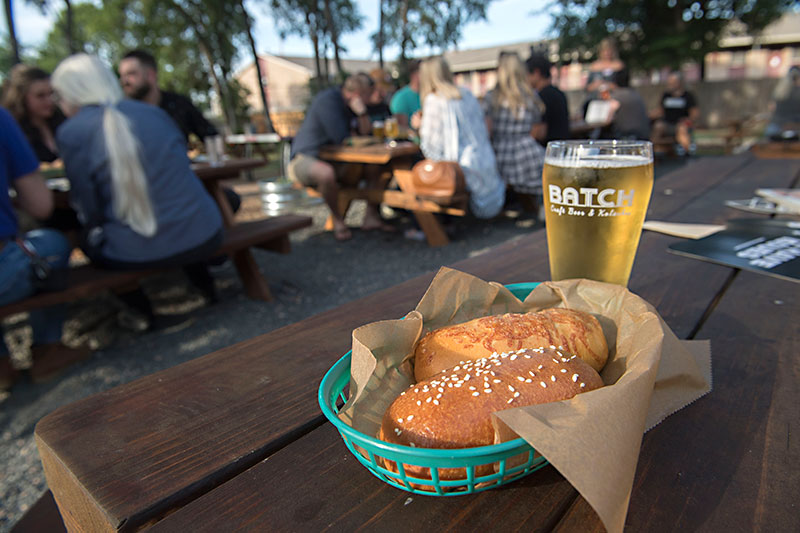 No one's out to shatter the youthful innocence of our nation's progeny, but Batch has got a BAR inside of a BAKERY. A bar that has very fancy beer that they'll pour into grownup glassware which releases all of those nutrients and endorphins that keep you dadding at peak levels. And with scratch-made, fruit-filled Euro-donuts (save the kolache etymology lessons for later) and a backyard that goes to infinity, it's a beer joint made for post-hipster parents like you! Don't forget to take advantage of the best beer special in all 254 counties of Texas (h/t Beto website) with Batch's "No Corkage Happy Hour" (weekdays from 4-7pm) where one can pilfer their massive beer fridges at retail rates like an adult toybrary.

If you were coming for the "Why Did I Get a Fine Arts Degree?" Meetup

Instead go to the Brewtorium:

Not only is the Brewtorium notably located next to the giant blue genie of Blue Genie Art Bazaar fame, the brewery itself hosts a weekly range of creative expressionists like live musicians, art curators, and vinyl DJs. But all of that is just charming background to the Brewtorium's true wunderkinds: its German-style fare and German-style lagers (although admittedly on a recent visit we bent the knee to their remarkable hazy IPA). A Brat Outta Helles with sauerkraut paired with an Electric Lederhosen Vienna Lager and perhaps a chaser of straight beer cheese is all the justification we need for those earlier-noted heart stents. Bonus: Taking the Red Line train from the Convention Center to the Highland station two blocks from Brewtorium is 200% easier than recovering from a blown Achilles from an e-scooter hiccup. (See "Drunk on a Train," July 13, 2018.)

If you were coming for "Beer of the Dystopia: Beyond Jam Bands in the Taproom"

Instead go to Skull Mechanix Brewery: 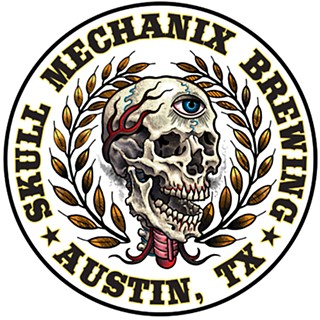 Yeah, a lot of breweries outsource their loudspeakers to a comical dose of craft beer archetypes like Gov't Mule, String Cheese Incident, Cassie Feed Me Soup, and Thistle Weed, but not Skull Mechanix. Nope. Unless your band name sounds like a young adult fiction title and also unironically uses Y's where I's should be, then you'll get no audio run there. That's because SM built their entire beer castle out of [falsetto screech] METAAAAAL, from their musical programming to their resonant, county coliseum-like taproom, to their impressive range of beer styles, each of which is an industrial-grade head banger.

If you were coming for "Peggy Ann McKay: AMA"

Instead go to Spokesman:

Spokesman curates the best beer wall in the city and they only need 20 taps to do it. Take that, 202-valve Keggus Maximus! The daytime coffee shop, nighttime pub also serves wall wine too, but we tend to stick to the handsomely crafted local lagers and area ales with an occasional wink to those tawdry Texas ciders. And nothing makes you feel more superior to your fellow basics than enjoying a big glass of beer in the morning while everyone updates their Tumblr site. With ambient Shel-Silverstein-meets-Bally-Midway's-Rampage art by Briks, Spokesman can definitely be your Convention Center surrogate while you contemplate moving to this rapidly developing neighborhood that will fetch $902 per square foot by the time you return for a nightcap. Bonus feature: Spokesman positioned itself mere steps from Austin beer hot shots and Carl Kolsch composers, St. Elmo Brewing. Dig it.

If you were coming for the How-To Series "Leveraging Jesus"

Instead go to Lazarus Brewing:

It's hard to tell if the whole Christian-brewery theme is Lazarus just 100% fucking with us, or if their strong ties to the Creator make this brewery's Prodigal Pils a gift from above. Jesus may not have been able to hit a curveball, but he can sure whisper down the recipe for one hell of a lager. Apart from that, Lazarus uses their snug space very thoughtfully, hosting one of the city's best takeaway taco windows, a coffee shop, a 10-barrel brewhouse, a great patio, and a recently added barrel-aging room, which doubles nicely as a SXSW backdrop for their outdoor gigs.

Instead go to the Liberty: 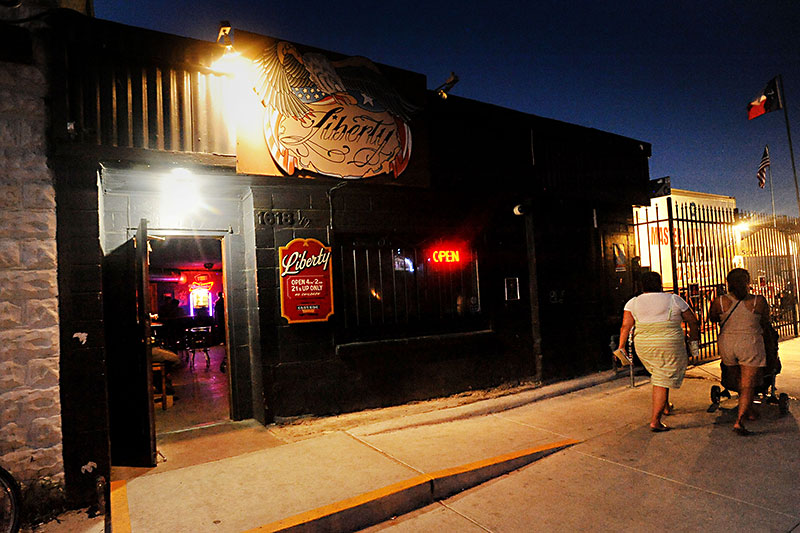 Sure, the Liberty is a dinosaur by SXSW standards, but grabbing a beer on the back patio is the equivalent of witnessing an absolute legend like J Mascis come to a modern-era South By just to dazzle a bunch of jaded twentysomethings with a front-to-back set of You're Living All Over Me. Sometimes you just gotta go with the icons, even in the shadows of all the fresh-faced Tidal-barkers. Count us in!

This is 100% pure-grade American pale ale, right here. Someone might call it the best beer in the city. That person is me. Swifty's viral popularity has convinced Real Ale to convert from their galactic tease of two bottles per seasonal mix pack to its own dedicated six-packs of these canned beauties.

A music conference may as well have a music-themed beer, and since there's no Kidz Bop Ice, we'll go with this Munich-style helles by Austin legends Independence Brewing. Besides, Texans love their easy-drinking lagers almost as much as they love their hard-digesting Pantera. Raawk.

Get this: One of the best current beers in Austin is made by ye olde Beerworks. We know! We can't believe it either. Inside this violet-canned, GABF bronze medal knockout is a rich blend of science (lupulin powder) and religion (Centennial, Citra, Mosaic, and Simcoe hops) that come together to make Austin's very own purple drank (minus the factory-grade cough syrup and Shasta). The can. The can is just purple.

Look, at some point over the two weeks you're gonna need a refreshing pick-me-up. We suggest Blue Owl's deftly tart and crisp lager masterpiece that just happens to be on the same seasonal Austin schedule as you. See you both again next March.