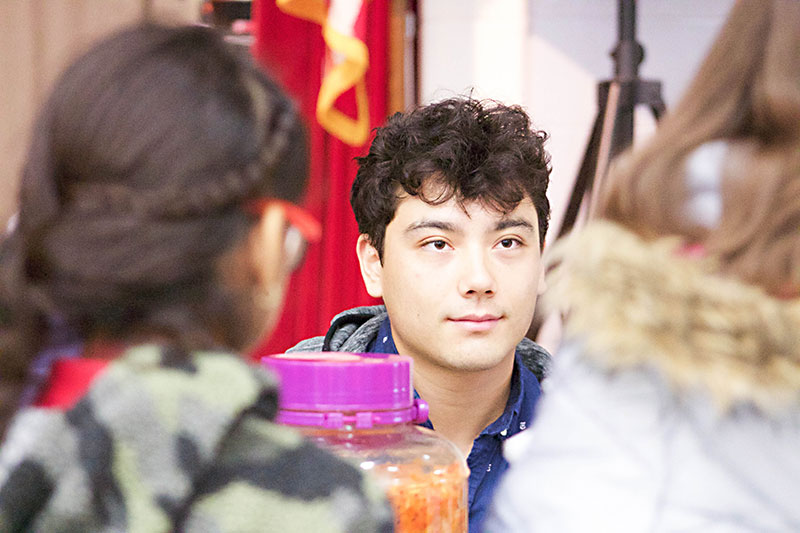 You've likely never tasted kombucha like Ben Hollander's. The 24-year-old fermentation master behind Casper Fermentables, Hollander uses a Chinese black tea base that gives it a subtle flavor without a saccharine burst of sugar or fruit. Most importantly for kombucha skeptics (like myself), it doesn't smell like something you'd use to clean your kitchen counter.

Hollander's journey through the world of fermentation began at home. A Korean mother and Jewish father instilled in him a love of both pickles and kimchi, which he started experimenting with in his UT dorm room while studying biology. "When I was in school, I was analyzing cultures under a microscope, but I hated working in the lab, so I wanted to train to be a chef. Then I realized I could use my knowledge of fermentation and my philosophy of supporting local foodways to create a more sustainable food system."

His first foray into professional pickling began at the now-closed Freedmen's Barbecue, where he would buy a third of a pound of pulled pork to take home to his dorm and make bibimbap bowls. Soon enough, he was working at Freedmen's learning their pickling processes. Five years later, he collaborates with former Freedmen's pitmaster Evan LeRoy, supplying his trailer, LeRoy and Lewis, with kimchi and pickles, as well as crafting the banchan side dish menu for their KBBQ pop-ups. Hollander's work is now a crucial part of the trailer's flavors. "It's all about balance," says LeRoy. "We're serving a lot of fatty meat, so you need something acidic to cut the fat and crunchy to provide some textural difference." 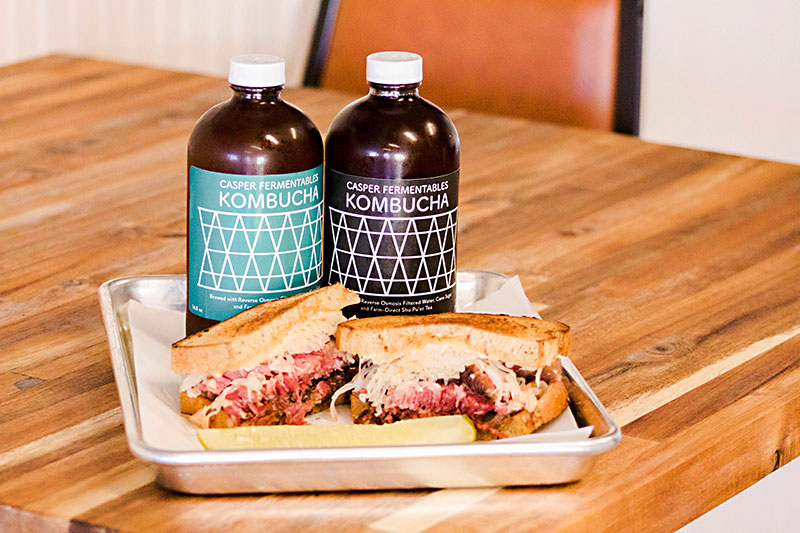 Next, Hollander landed at Juniper, where he was promoted from line cook to fermentation director, making their pickles and vinegar. Now he sells a two-month-aged version of that vinegar at his booth every Saturday at the Sustainable Food Center Farmers' Market at Republic Square Park. Currently, you can find the Casper kimchi and kombucha, along with products like turmeric sauerkraut and pickled beets, at local markets. He also recently added Thom's Market as a client, and with a commissary kitchen at SFC, he's ready to scale up for bigger clients like Wheatsville or Central Market. But until those grocery stores come knocking, the next big project is exploring his father's side of fermentation with a consulting gig for the brick-and-mortar of current pastrami kings of Austin, Otherside Deli, which carries Casper kombucha in their drink case.

"We've used the usual distributors since opening and just taste-tested every pickle they had," says Otherside Deli co-owner Conor Mack. "We eventually settled on a half-sour we liked but didn't love. Now that Ben's in, it's been awesome seeing the progression from vegetable to pickle. They have a really deep flavor and feel like they are ours."

Although fermented foods are typically relegated to the status of garnishes or sides, Ben sees them as a fundamentally important part of a diet. "Fermenting is the only way you can actually increase the nutritional value of raw food," he says. "It's also a way to stretch your money: You can buy cabbage for a dollar a pound."

As a former biology student, he's also quick to point out that in addition to being delicious, his gut-boosting products boast broader health benefits. Hollander frequently drops power facts from literature like The Human Superorganism, a book that explores the microbial makeup of our bodies and the importance of maintaining an ecosystem of probiotics that help safeguard against noncommunicable diseases.

LeRoy adds, "Not many people specialize in fermentation. Ben has carved out a niche for himself while following his passion and bringing in his own heritage and tastes."

A version of this article appeared in print on February 22, 2019 with the headline: Ben Hollander: Austin’s Professional Pickling Guru