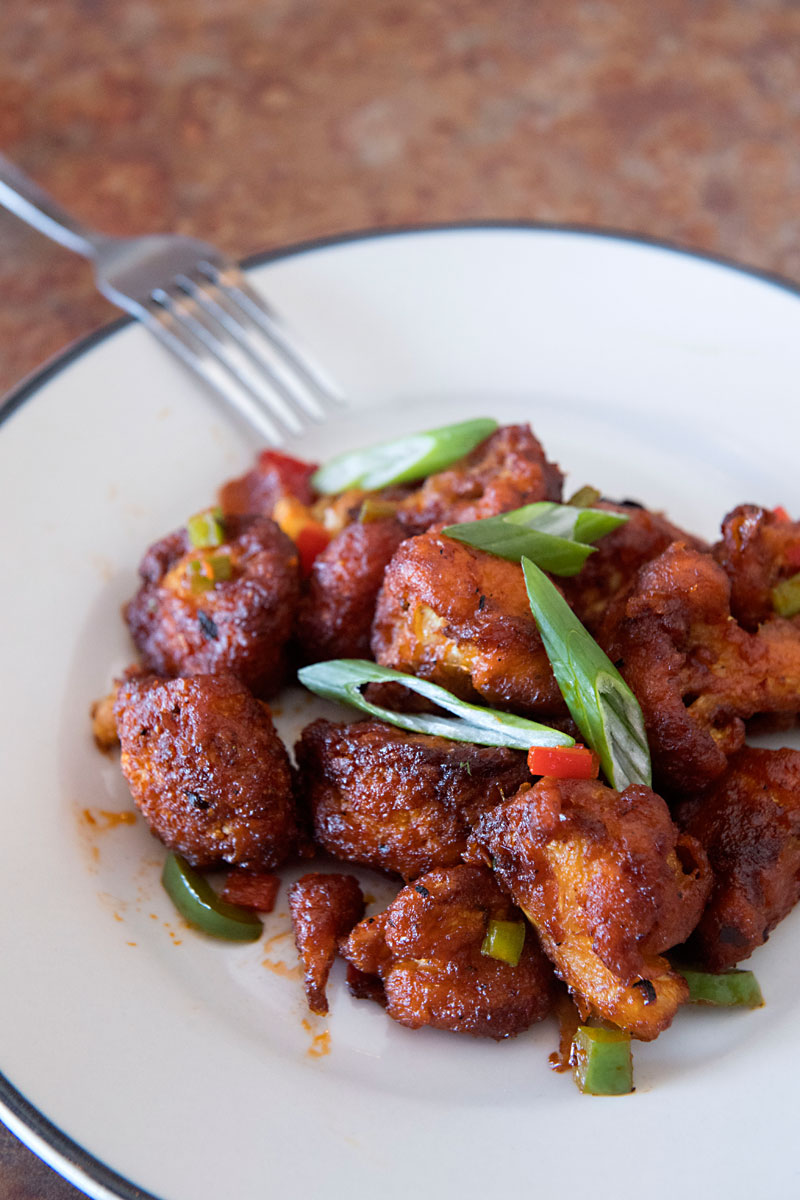 For more than a decade, the shopping center at Spicewood Springs and U.S. 183 has been a mini-mecca for low-key tasty fare, boasting perennial favorites Asia Cafe and New Awlins Cafe, plus bonus shopping spots like Gandhi Bazaar, Teacher Heaven, and (if you're into perusing bottomless sale bins while walking off all the carbs I'm about to talk you into) Big Lots. Two new spots opened here last fall, and both are revitalizing the strip, quirks and kinks and all.

When the whisper network starts buzzing about a new hot spot in town, the fare inevitably falls under Italian, barbecue, Mexican, or the ambiguous "global contemporary." So when it turned out to be a new Nepalese spot – of which there are only 10 or so in Austin – I headed north to Himalaya Kosheli. By no means am I an expert, but I've eaten a fair share of the cuisine – one influenced by Tibetan, Indian, and Chinese flavors – and the wonders keep unfolding.

One of my go-to dining companions loves Eastern hemisphere food as much as I do, and upon tasting the first bites of gobi Manchurian, we both wished we'd worn an outfit without a waistband. Here, it's a dry version of the dish – deep-fried cauliflower florets tossed in a spicy, tomato-based sauce – and it's delightfully balanced with bold ginger and garlic notes. The samosas were also fresh and wonderful, though fairly standard issue (fine by me). Roti and paratha are available, but we opted for garlic naan and inhaled a $4 basketful as if the flat bread's garlicky goodness was our only defense against looming vampires ... or something. The sekuwa – barbecued cubes of chicken marinated with fresh ginger-garlic paste and "Himalayan spices" (think turmeric, cumin, chiles) – was served like a deconstructed kabob, the meat juicy and the sauce bright, a nice contrast to the rich creaminess of forever-popular chicken tikka masala with basmati rice. The table service was prompt and friendly, and once our overindulgence became delirium, we parted ways.

A few notes: The online version is only a portion of their expansive four-page menu that also offers biryani, tandoori, and desserts; parking is a breeze; the very large dining space means no wait time, and it's simply decorated and serene. They also offer a lunch buffet. Upon returning a few weeks later, everything was exactly as we'd left it (a comfort I appreciate), and although busier this time, the service was once again impeccable. Standouts from the dinner are the vindaloo, which I made the rookie mistake of ordering with medium spice, a decision that resulted in me confiscating all of the table's raita – and the biryani (watch out for the bones). The superstar was the momo, a stuffed dumpling (theirs resembles a potsticker). Our server suggested we order the chili chicken version, served pan-fried and surrounded by an array of bell peppers, tomatoes, and onions, with the whole medley tossed in a spicy tomato sauce. It was love at first bite. 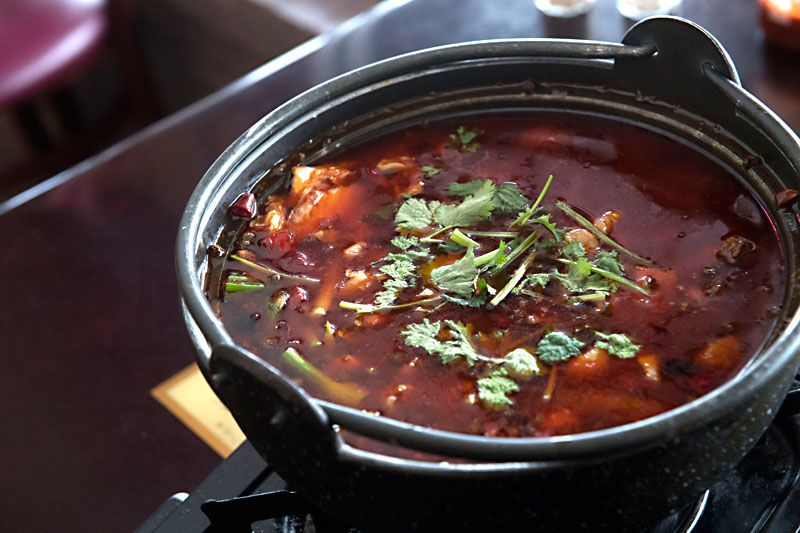 At the opposite end of the shopping center is bustling family-owned restaurant Fat Dragon, whose mascot – a cheerful, bright red, noodle-noshing dragon – has been popping up on social media recently. My two experiences at this Asian-fusion eatery (they specialize in Sichuan but have a diverse menu) were so wildly different that "night and day" doesn't even begin to cover the differential. It'd be more like "quiet winter night and Dante's first circle of hell."

On our first visit, I perused the menu (one admittedly "evolving") while my small human enjoyed the many untouchable collector items like a hovering DeLorean and a Hulkbuster. Oddly placed televisions and dry-erase boards make up the rest of the decor, and the restaurant is counter service, a detail you'd likely not realize immediately – and one that might be their biggest flaw. A friendly woman greeted us with menus and explained they specialize in dumplings and that we'd have to order at the back, something that resulted in losing our table to new arrivals. Not a big deal when other tables are open, but catastrophic when the place is packed (spoiler alert).

Runners deliver the food as it comes up, and our enormous bowl of hot and sour soup, tasty and bursting with black pepper and vinegar, was out first, quickly followed by the orange chicken. A dish I usually avoid, I was pleasantly surprised with the fresh batter and fry on plump, juicy pieces of meat. The sauce was a tinge too sweet, the red peppers not quite cutting through, but it was the kiddo's favorite. Our lemongrass chicken soup dumplings arrived piping hot in their bamboo basket, and both texture and flavor were on point. It would've been nice if I'd realized big spoons were available at the back instead of trying not to waste the liquid gold all over myself and my plate. We opted for their popular pork and chive pan-fried dumplings (an order is 10) and were absolutely thrilled, though the tableside vinegar might not be everyone's dipping choice. The beef and broccoli was another lovely surprise, with bright green steamed trees and tender strips of meat cut the right size, all smothered in a well-balanced, vibrant brown sauce.

I'll rip off the Band-Aid: Fat Dragon has glaring logistical issues when they're busy. Suffering a massive allergy attack, I opted to test their online ordering system and take the meal home to enjoy while watching the Grammys. My order was supposed to be ready around 7:30pm, prime dining hour. When we rolled up, the chaos was visible from outside. Every table was full, the order queue cut through the middle and halfway down the length of the restaurant, and the sound was near deafening. Fifteen minutes later, I found out that the order had been delayed. (Then they cut off all to-go orders.) I waited off to the side until 8:10, which gave me plenty of time to absorb a tired toddler's chainsaw screams, annoyed diners' groans and grumps, and the very stressed-out faces of an employee army running a race without a finish line. It could've been just a fluke of bad luck, but I overheard a Favor driver and several other return patrons express that the ordering system has been "getting worse." I received my order at 8:15, along with multiple exhausted apologies and a frantically handwritten "coupon" for 20% off my next order, and my only thought was, "I am so grateful for the 57 in-succession sneezes that prevented me from dining inside this storm."

As for the food, the pork fried rice was fine, and the dry sautéed green beans, a Sichuan staple, were addictive, though a half-order option would be nice; we enjoyed the siu mai, open-faced dumplings stuffed with pork and topped with shrimp, which were somehow both delicate and dense; and though the cheeseburger egg rolls were filled with regular ground beef, they made everyone smile, so there's that. The Thai-style udon with chicken had bright flavors and great heat and would've been near perfect had the vegetables been more al dente for varied texture. All in all, the food was (again) delicious and something we'd return for, provided the restaurant makes some major adjustments to their flow. My suggestions: Simplify the menu to ease the kitchen's workload; move the counter somewhere near the front and hire a host to keep traffic manageable; or just go ahead and offer table service (again, with a host) since there are already several front of house staff. I'd give this place a little while to sort out their puzzles, but it's worth a visit. 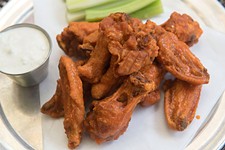