Heidi Garbo is strong as hell 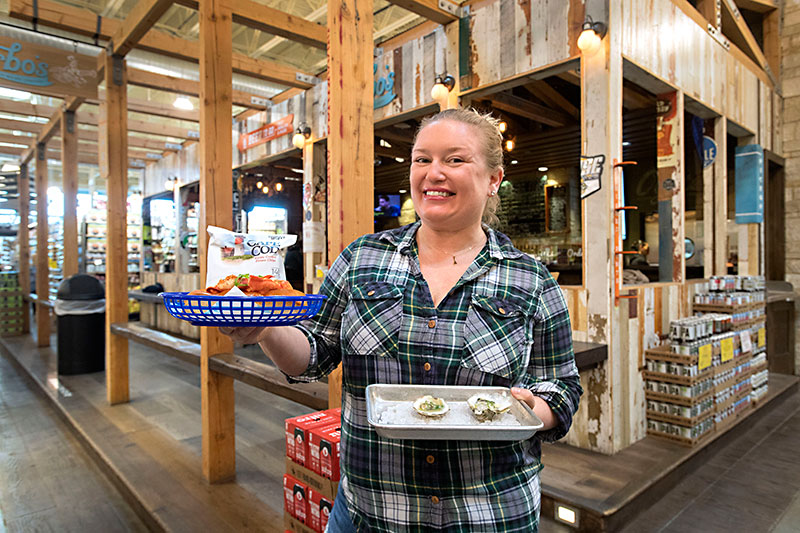 The modern restaurant industry is hard work with risky reward. With rising rents and increasing overhead, sometimes even great ideas don't pan out, and that's particularly true of Austin's food scene, whose attention span is about as a long as a drunk mosquito's. When you factor in the precarious balancing act of operating a brick-and-mortar, several food trucks, pop-ups, catering, and now a dine-in spot located inside the center of Whole Foods' bustling Domain location, it's clear there's more than luck behind the success of a local empire centered around a creature that hails from the icy waters of the North Atlantic Ocean.

Garbo's is a household name around Austin these days, and owner Heidi Garbo's impressive road to success is one that ought to be taught in business school – something she herself eschewed in favor of trial by experience. Born in a small town in southeastern Connecticut and raised all along the coast, Garbo witnessed the lobster industry up close (her dad and uncle started Garbo Lobster Enterprise) before doing what many New Englanders do: move south. In the mid-late-Aughts, she opened what became a hugely successful food trailer, Garbo's Grill, focused on making the best fish tacos in Key West, Fla. Life happened, and Garbo eventually sold the trailer to a nice couple and moved to Austin as fast as she could. (Garbo's Grill has since become a tourist destination featured on the Food Network.)

Garbo explained that in conversations with new friends in her new town, she quickly realized that a staple food of her upbringing – the lobster roll – was virtually unknown to native Texans. Fish tacos were in just about every corner of the South by this point, so she bought a truck, revamped it with her family, and opened the original Garbo's Fresh Maine Lobster food truck in 2013.

“Distilling the vision of what you want your restaurant to be and sticking to those core ideals is necessary for success. It is also important to maintain your independence as a woman.” – Heidi Garbo, owner

"Opening a restaurant is a tough decision. I still think starting with food trucks was a great first step. It is very empowering to see us [women] opening restaurants and food trucks," she explained via email. Working directly with purveyors in New England, Garbo devised a plan to fly in the delicious crustacean to our landlocked city, and her first order was $20. Five years later, Garbo's still sources 100% fresh Maine lobster meat – caught, cooked, shelled, and frozen – and now they are the largest retail supplier of lobster in Texas, indicating that Austinites have a huge newfound craving for lobster rolls. The Garbo's brick-and-mortar opened on Bratton Lane in 2014; two trucks continued to drive all over the city; they hosted pop-ups like the grand opening event at Whole Foods Market's 365 Cedar Park store in 2017; and a permanent food truck location opened Downtown in July. Garbo said, "The hope is to open in other locations, but at the moment we are concentrating on the Downtown Whole Foods Market location by the ice skating rink on the roof, December 13 to January 21."

People and relationships are critical to Garbo's success, and that includes her staff. Encouraging beloved staff to stay on and climb the ladder at new locations, finding their strong suits, and sharing both wins and losses are acts perhaps inspired by the Garbo family itself. While other family helps out in various capacities, several of Garbo's siblings are actually on staff, working hand in hand every day with their sister to run this huge operation. That support system is critical in an industry that doesn't always support female entrepreneurs. "For some reason, as a female restaurant owner you have to get used to people second-guessing you or providing unsolicited advice (mansplaining). It is important that you maintain confidence in your decisions and [do] not get too concerned with detractors," Garbo explained.

"Some of the worst decisions I made throughout my career was letting other so-called 'experts' (chefs, etc.) tell me the best way to run my business. Distilling the vision of what you want your restaurant to be and sticking to those core ideals is necessary for success. It is also important to maintain your independence as a woman. For example, I no longer put anything on my menu that I cannot prepare myself. If it comes down to it, I can hop into any position to pick up the slack. This ensures the business won't fall apart if there is [an] unexpected vacancy and forces me to understand each position so that I can maintain standards." 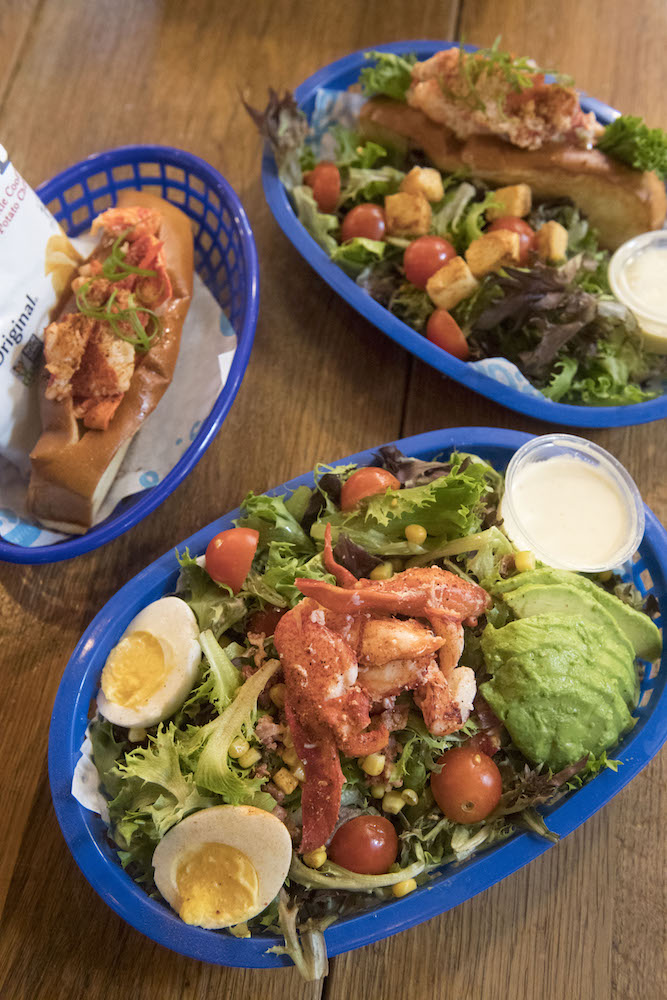 The newest Garbo's – which shares space with Draft Shack Bar inside Whole Foods Domain – is set up like an oyster shack inside the middle of the actual grocery store. The small mini-restaurant offers counter service surrounded by rustic wooden railings, floor, and tables, and a huge tap wall of beer. The ambience is really reminiscent of an old seaside tavern with seafood caught that morning by the lobstermen now enjoying their afternoon beer, too.

Draft Shack Garbo's menu is similar to the food truck menus but with more than 50 beers on tap, and they're famous for those delectable lobster rolls. The Maine style is chilled lobster (mostly claws because the tail can be chewy, Garbo explained) tossed lightly with mayo, celery, seasonings, and lemon, and garnished with scallions. The Connecticut style is warm lobster meat poached in lemon butter, seasoned, and also garnished with scallions. They also have a spicy crab roll with another New England favorite – fresh Maine blue crab – plus melted Gouda, bacon, and spicy aïoli, and a big lobster Cobb salad featuring Arcadian greens, grape tomatoes, chopped bacon, sliced avocado, hard-boiled egg, grilled corn, chilled lobster, and house-made champagne vinaigrette. All the menu items are served with Cape Cod chips, and for those who still need a beef kick to get through the week, the Garbo burger doesn't mess around: grilled brisket and sirloin, cheddar, lettuce, and spicy mayo. Yes, of course you can add lobster to the burger.

As for Garbo, she's still mostly partial to the headliner item: "Honestly, a Maine lobster roll is my go-to meal, but you can't beat fresh East Coast oysters on the half shell that I hand-pick every week from Island Creek Oyster Co."

This new location not only means avoiding Downtown traffic and, for some of us, staying north of the river; it also offers the unique experience of knocking out the grocery list with an added bonus of an on-site reward beer and a taste of the Garbo's daily special (think clam and potato chowder or smoked fish dip served with crudités and toast). So perhaps instead of yet another turkey and ham power duo or even a (totally predictable) lasagna main course twist, for the next friends and family food-centric gathering, consider bringing crisp ocean flavor to the Central Texas table with a preordered whole lobster. And there's nothing better to cut through the gobs of Christmas fudge than a tangy Key lime pie. Both are available for the holidays by emailing Garbo's.

"Watching my guests eat their food is one of main reasons I do this. For me, it's so gratifying to have conversations with people about their time in New England, their first roll, or getting to experience them eating it with me. The best compliment is when they say, 'It tastes like home.'"

Ready to Roll
Garbo's brings the yeehaw to New England 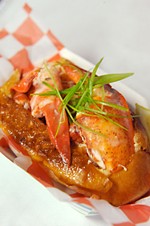