Keep the menu simple and the flavors complex 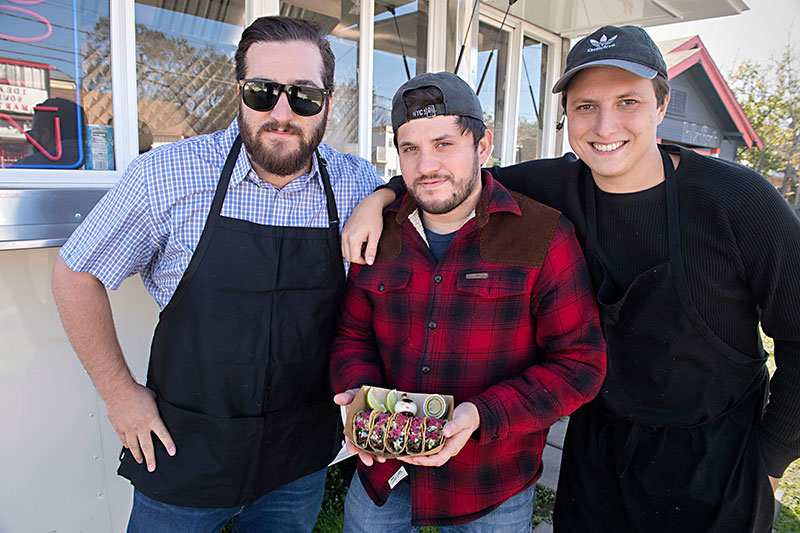 From French fries to haute cuisine, if you can name it, there's probably some kind of wheeled vehicle slinging it in Austin. That's the great thing about the food truck business model: It allows people who are enthusiastic about a particular kind of food or cooking technique to bring it to the public with less fuss and capital than are necessary for a traditional brick-and-mortar restaurant. And the folks behind the menu at one local food truck, Discada, homed in on their specialty and focused their menu like a laser beam: Choose between one, five, or eight discada tacos; say yea or nay to a side of elotes; and select Topo Chico, Mexican Coke, or bottled water.

In some ways, there's nothing new about discada, also known as "cowboy wok cooking." "The history of discada is hard to set in stone," explains Anthony Pratto, one of the trio of co-owners who operates the appropriately named food truck. "But we do know that it is a very rural cooking technique that was created by farmers and ranchers, primarily in Central and South America, using a modified tractor plow disc, which we use at our truck."

The recipe is popular throughout rural areas of the northern Mexican state of Chihuahua, which is where co-owner and chef Xose Velasco's father learned the technique. Theirs features beef, pork, and vegetables cooked in seven layers – each layer simmers in the juices of the ingredient before it – and then it's all wrapped in corn tortillas and topped with onions, cilantro, and pineapple and served with salsa and lime. After moving to Mexico City, he learned new flavors and approaches to cooking that he applied to the traditional discada model, creating a new recipe that he passed down to his son.

"The labor-intensive process is the main reason why our discada tacos taste so good," explains Pratto. "We hand-cut every ingredient and marinate them for 24 hours before we cook. The cooking process is done in layers where everything is cooked one ingredient at a time. The order in which we do so is just as important as anything else. We slowly simmer each ingredient in the same tractor plow disc, one after another. Each ingredient cooks in the flavorful juices of the previous ingredient. When the disc is finished, we finally mix everything together and we serve that mixture into small corn tortillas. This slow process allows our discada to be packed with immense flavor. This is the way we grew up eating it and the only way we would want to serve it."

This precise and complex cooking process is essential to creating the layered flavors that make a plate of discada worth the wait. "We believe in the importance of taking our time instead of taking the easy way out," says Pratto. "We want people to be able to taste the labor and love that goes into our discada. Discada was originally, and still is, about bringing people together, which is something that should not be rushed."

For Pratto and his partners, who he describes as a "brotherhood" of childhood friends, discada was always associated with celebrations, a recipe that would be cooked on special occasions like birthdays, holidays, and family reunions as a way of bringing their families and communities together. "We bring this community-minded ethos to the truck by offering it the same way as it was offered to us in the backyard," says Pratto. "Seeing discada grow and become appreciated in the community is so great to be able to experience with your close friends," says Pratto.

This is especially true because Pratto and his partners had been talking about opening Discada for almost a decade. "The more we invited people to our homes and shared discada with them, the more we realized how special it was," he says. "When we finally all decided to take the plunge, we figured Austin would be the best place. We love and know Austin very well and have lived here a long time. People in Austin love good food and appreciate culture. In a city known for tacos, we noticed that discada was absent from the taco scene."

Aside from the obvious merits of taste and uniqueness, Discada occupies a unique role in a time when borders and cross-cultural exchange are very much a part of the political discourse. After all, discada is very much a border food, well-known in rural areas throughout Mexico as well as El Paso but pretty obscure in the rest of the U.S. "Sharing this special food on the other side of the border is a way to bring people together with the common theme of simply enjoying each other's company while sharing a culture," says Pratto. "No matter what your political beliefs are, discada is still something everyone can enjoy and share. Trying something new means learning something new. Learning more about cultures and people is a way that we can accept others in the U.S. After all, the U.S. was founded on immigration and has always been considered a melting pot." And thanks to Xose's delicious work, it's a very enjoyable melting pot indeed. 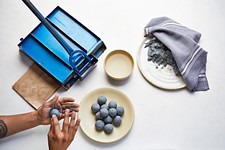