Give Booze a Shot 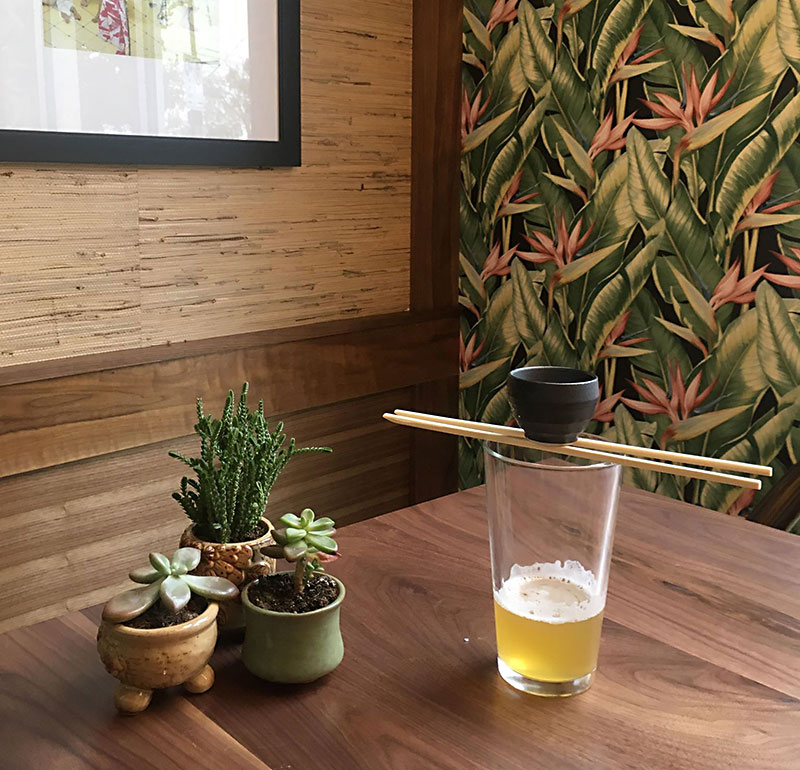 Poet and philosopher Lil Jon said it best, but there's no better way to get the party started than with a round of shots. Whether you're toasting a new job, a divorce, or just another weekend, a shared round creates instant camaraderie and amps up the celebration. And if you thought shots were best left behind in your college days, several Austin bars and restaurants are hoping to prove you wrong.

Nickel City, the Eastside dive with craft cocktail street cred, has an entire section of the menu dedicated to beer-and-a-shot combos known as boilermakers. "The reason we decided to offer a whole section dedicated to boilermakers was an homage to the actual 'boilermaker' bars I started bartending at in Buffalo, New York," says co-owner Travis Tober. "A boilermaker bar was a neighborhood joint that often opened at 8am to service the third-shift factory and union workers. So being a neighborhood bar, we wanted to offer a cheap whiskey and beer combo for the regulars."

They always offer five options that range from the more pedestrian, like the Nickel City (Coors and a shot of Evan Williams bourbon) and the Overhand Toss (loaded Tecate and a shot of Altos tequila), to more inspired combos like the Dented Ferrari (Shacksbury Dry Cider and a shot of half J. Rieger Caffè Amaro and half Campari). A seasonal cocktail shooter is also always offered with one of the combos; right now, an herbaceous classic Bijou is ironically served alongside a Champion Brewing Shower Beer.

Former Nickel City bar manager JR Mocanu also keeps the boilermaker tradition alive at Last Straw, where tongue-in-cheek offerings include Poor Life Decisions (Montucky Cold Snack and a shot of Wild Turkey Rye 101) and Oops I Did It Again (Shacksbury Dry Rosé and a shot of Espolòn). But for the truly spirited, their selection of over 30 labels of high-end rum are not to be missed.

Academia may not have any shooters listed on their cocktail-focused menu, but ask for owner Russell Davis' eponymous special and you'll be greeted with a shot of green Chartreuse served with a root beer back. "Green chartreuse with a root beer back is my go-to shot; I'm known for this being my drink," says Davis. "Not only do the flavors complement each other, but they were also both invented by monks."

The Townsend's off-menu aquavit pickleback has garnered so much attention through the years it even won a 2016 Best of Austin Critics Pick award. The savory flavor bomb begins with an ice cold shot of Krogstad aquavit followed by a shot of pickle juice, which varies depending on the bar's current pickling projects. "Our original bar czar Justin Elliott had his own various versions of pickle recipes," says owner Steven Weisburd, "but The Townsend has now gone back to a classic historical reference, rooted in the original pickleback from Brooklyn's Bushwick Country Club, which used McClure's pickles."

Pitchfork Pretty is proof that bars aren't the only place you can take a socially acceptable shot. The garden-to-table, Hill Country-inspired restaurant offers an elevated version of a shot called a Water Moccasin. "I don't know if it was a Houston thing, but this was the shot I always remember being ordered in less-than-classy bars," remembers owner Seth Baas. "I think as a young, burgeoning drinker it just felt cool saying, 'Give me five water moccasins!'" The Eastside restaurant upgrades this Texas-born shot – typically made with whiskey, peach schnapps, triple sec, and sour mix – by using bourbon, D'Arton Les Reserves Crème de Peche (a liqueur made with peaches grown in place of Cognac grapes after harvest), and fresh lemon and lime juice.

But if these all sound overly refined and it's an instant party you seek, head to Sixth Street – and no, not for dollar shots. Sake Mama, which just opened this spring, features more than 20 different types of sake bombs (shots of sake balanced atop chopsticks and then dropped into glasses of beer, plum wine, or energy drinks).

When Flagship Restaurant Group opened Anthem on raucous Rainey Street this fall, they also thought sake bombs would be the perfect fit for the Tex-Asian, bar-friendly menu, but they wanted to provide something a little more elevated. "The shochu bombs were inspired [by] Sake Bombers Lounge [in Oma­ha, Nebraska]," says Anthony Hitchcock, COO and owner of the restaurant group. "I thought surely if hot junmai sake dropped in Kirin is popular, there has to be ways to mix other styles of craft beer with fun sakes and shochu that have a more friendly flavor profile."

The resulting creative combinations include autumnal Takara Ikkomon sweet potato shochu plunked into amber beer, creamy Sho Chiku Bai Junmai Nigori or sweet Hana white peach sake dropped into cloudy Hefeweizen, and clean Mizu Saga barley shochu amping up a bright IPA. If memories of your last sake bomb experience are hazy (and whose aren't, really?), the staff of Anthem will happily coach you through your next one. It's as easy as "ichi...ni...san...sake bomb!"

See these seven shot bars and more in the Austin Restaurant Guide.