Just have you a little slice of this pie, now, while I attempt to explain why there's a graphic novel about a Canadian college hockey team among all these food-oriented books being reviewed in conjunction with the 2018 Texas Book Festival.

That pie you're eating, it was baked by one Eric "Bitty" Bittle, a valuable member of Sam­well University's hockey team. And Samwell University is the fictional college wherein the narrative – the comedic, romantic, pastry-studded narrative – unfolds in the series Check, Please! by Austin's own Ngozi Ukazu. Two notes: 1) Check, Please! is the most highly funded webcomic in the history of Kickstarter. 2) Those comics are being compiled into beautifully printed volumes by First Second; the first one's just been released.

And Bitty, the character, a young man from Georgia who learned how to use an oven during a childhood often spent in his momma's kitchen, he's an amateur baker. "Amateur" in the sense of doing it for love, mostly, as what he conjures in the kitchen of his hockey team's shared (and slightly beer-stained) dormhaus is professional-level confection. But also "amateur" in the sense of I-can't-help-it-I-gotta-bake-something-right-now obsession, at least in times of stress. So, while much of Check, Please! is about the challenges and hilarity of collegiate hockey and the diverse social lives entangled therein, there are also more sparks of culinary delight in the series than there are morsels of cacao-derived goodness in an average chocolate chip cookie. (I mean, the kid's got himself a baking vlog, FFS.)

And because Ukazu will be at the Texas Book Festival with this first volume of hers ... and because the Check, Please! stories are addictively enjoyable even for folks who don't give a damn about hockey or other team sports ... and because everybody likes pie ... I figured a recommendation here wouldn't come across as, ah, half-baked. And you're welcome. 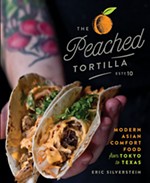 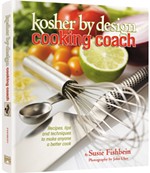 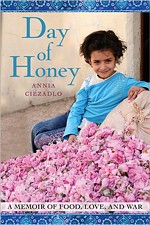