Long-ignored strip mall gets a makeover For years, a strip mall at the intersection of North Lamar and Airport Boulevard sat mostly empty, not quite derelict but not teeming with activity, either. At the same time, for the most part, if you wanted to shop for Asian ingredients or dine at an authentic Korean or Taiwanese or other Southeast Asian restaurant, you had to head to the northern suburbs.

Starting in the summer of 2017, however, the opening of Kula (now Kura) Sushi launched the revitalization of the Highland neighborhood shopping center, rebranded as the Crescent. More than a year later, there are now nearly half a dozen new restaurants (if you count a grocery store food court), each representing (mostly) a distinct Asian state or country. And apparently market research revealed that there was a desperate shortage of bubble tea shops in Central Austin, because here, boba abounds.

There are lots of things to be excited about regarding the Crescent, from the culinary experiences to the ready access to sea salt coffee. But the most exciting thing is that it's a harbinger of Austin's burgeoning cosmopolitanism. No longer are ethnic foods and grocery stores relegated to the outer boundaries of the city – they are staking their claim close to Austin's geographic center, and we're all the richer (and well-fed) for it. www.99ranch.com
Our family loves dim sum. A lot. Particularly custard buns and barbecue pork buns. Imagine our joy when we discovered that we could have our dim sum faves at home thanks to California-based 99 Ranch, which carries everything you'd want from the rolling carts without the hassle of going to a restaurant. But there's also fresh dim sum in the food court, along with a bakery and tea shop. Grab-and-go cases are stocked full of bao and pickled veggies and seasoned rice. Making hot pot at home? In this grocery store, you'll find platters of thinly sliced pork loin and frozen fish balls (which, if you're lucky, will require passing the display of salmon heads on sale for $1.99 per pound). My teen son, who recently watched To All the Boys I've Loved Before, recognized the tiny bottles of Yakult yogurt drink in a display case, so now we have some of those in our fridge. The produce section is full of bulk daikon and bags of rambutan and longan. While you're at it, get yourself a black-skinned Silkie chicken for soup and some crunchy ramen snacks to munch on while it's cooking. www.kurausa.com
Let's face it: The sushi here isn't going to win any James Beard awards. It's average sushi for the masses, with everything from California rolls to natto. But it's the novelty of the experience that makes dinner at Kura a pleasant outing. Not only do you get to pluck your sushi from beneath its protective plastic dome as it rolls by, you can also game-ify your dining experience. For every 15 plates you empty and deposit into the designated slot, you get a ball with a prize inside. For this reason, it's best to come with as many friends as you can in order to maximize the video game aspect of the meal. Seating is everything, though. Make sure you sit as close to the western side of the dining room as possible, because that's the side where the fresh sushi comes out. If you're on the eastern side of the dining room, you'll be watching a lot of empty plates rolling by. You can also order dishes from the hot menu, which come to your table straight from the kitchen. We're particular fans of the tonkotsu ramen and the chicken karaage, and you can order nigiri and hand rolls if the conveyor belt isn't delivering what you're hankering. While you're waiting for your table, go kill some time at Kinokuniya Japanese bookstore next door, which sells books and magazines and cookbooks in English (everything from Kevin Kwan's Crazy Rich Asians trilogy to Harry Potter and Stephen King) and Japanese (including manga and anime). But there's also stationery and stuffed animals and socks and tea towels, making this the go-to gift shop for North Central Austin. 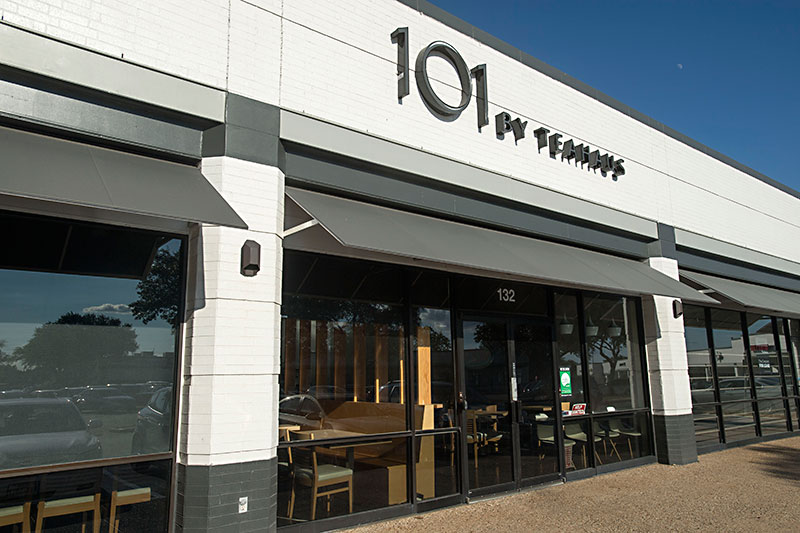 www.fb.com/101byteahausatx
Ease into various Asian cuisines at the fast-casual cafe from the owners of the popular Northcross tea shop. The "101" gestures to the type of entry-level courses you took in college when you were still deciding on a major. Instead of intro psych and economics, here are bulgogi tots, liberally dressed with spicy mayo, kimchi, and tangy bulgogi beef; and crispy, twice-fried, sweet-hot Korean hot wings representing the Korean peninsula. A classic curried chicken on rice represents Japan, and a huge bowl of rich beef noodles, accompanied by giant chunks of carrot and bok choy, carry the banner for Taiwan. Pastry chef Erica Liu gestures to the "tea" part of the shop with a variety of tea-infused desserts – tiny jars of London Fog panna cotta, Earl Grey Rice Krispie treats, and matcha cookies. The space is open and airy, with an expansive full bar, and a dining room that seems to welcome remote workers and study groups. 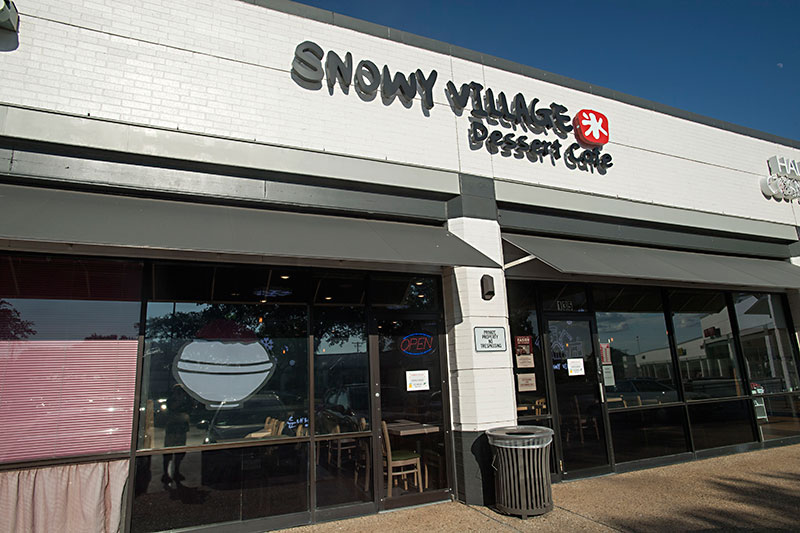 www.fb.com/snowyvillageaustin
Somewhere between shaved ice and ice cream lies Korean bingsu, which is shaved ice milk, served in a chilled copper-colored bowl and mounded with toppings like strawberries and cheesecake chunks or Oreos and chocolate ice cream. The prices are high – $7 for a small – but the servings are large, so come hungry and with a friend or two. My husband and I shared a strawberry cheesecake bingsu and I was continuously delighted by the chunks of cheesecake I found hiding in the mountain of milky snow. (Note: It's pretty messy to eat, which is why the bowl is served on a tray.) In addition to the icy-cold sweets, Snowy Village offers taiyaki, filled fish-shaped waffles made from croissant dough in sweet (Nutella, red bean) and savory (sweet potato, ham and cheese) varieties. www.85cbakerycafe.com
Oh wow. This Taiwanese coffee shop and bakery is going to be a problem for me. First, I may very well be hooked on the international chain's signature sea salt coffee, an iced Americano topped with a frothy sea salt cream that is reminiscent of a Vietnamese coffee, but lighter and less sweet. While there are other coffee offerings on the menu, as far as I'm concerned, there is only one coffee drink at 85°C. Among the dozens upon dozens of freshly baked and deeply inexpensive sweet and savory breads and pastries on offer, our family favorites include the choco buns, which are sort of chewy on the outside and have a rich chocolate filling within; the French garlic cheese bread, which is a terrific savory snack or accompaniment to spaghetti night; and the excellent cream puffs, which are larger and more satisfying than any others we've had in Austin. Don't sleep on the Mount Fromage from the sliced cake case, either, especially if you're in the mood for an airy, mile-high cheesecake-type treat. The shop also offers mooncakes for the Mid-Autumn Festival, celebrated by Chinese and Vietnamese communities.
A version of this article appeared in print on September 21, 2018 with the headline: Fertile Crescent