A Different Kind of Taco 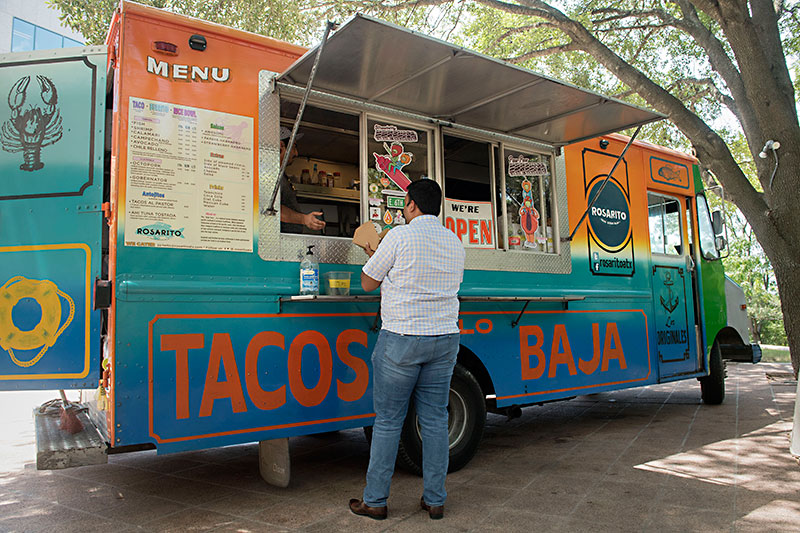 Constantly on the move, Rosarito's Baja-style taco and ceviche trucks are making fresh waves in a scene grown somewhat stagnant with oversaturation. In 2014, when Carlos Acosta and his cousin Mauricio Davila first parked their brightly painted taco truck alongside the other food trucks then lining the empty lot at the southwest corner of Fifth and Colorado, they were just hoping to find their place in Austin's crowded taco scene, and to offer, as Acosta says, "a different kind of Mexican food from what [people are] accustomed to in Texas."

Quite a few things have changed in the four years since. While Rosarito no longer has any fixed location (and that lot is now home to an 18-story office building), the menu still boasts a surprisingly sophisticated but thoroughly unpretentious take on Baja-style cuisine. The ahi tuna tostada is one of several standouts, featuring thick sashimi slices topped with avocado, cilantro, and jalapeño; as is the Octopork taco, with its tender chunks of grilled octopus, refried black beans, and crackly pork skin. The infamous Gobernador is stuffed with marinated jumbo shrimp grilled and coated in an earthy homemade guajillo sauce and served with a thick layer of cheese seared directly onto the tortilla. The menu is both inventive and deeply fluent in the traditions from which Acosta and Davila draw their inspiration.

As befitting an Austin food truck mogul, Acosta comes off as congenitally laid-back in a bandanna and sunglasses, but his look and demeanor belie a tireless passion and a surprising background as a financial analyst in Mexico. Having long harbored ambitions of becoming a restaurateur, Acosta's culinary revelation came while visiting his cousin Davila, then living in San Diego. Obsessed with the local cuisine, the pair traveled to towns on either side of the border to learn about Mexican Pacific cooking, including Ensenada, Tijuana, and the namesake of their business, Rosarito.

Acosta soon abandoned his career in finance and took to working in restaurants around Monterrey and Nuevo León to learn the ropes. "I have always worked at casual and affordable restaurants that focus on quality in their food," he says. 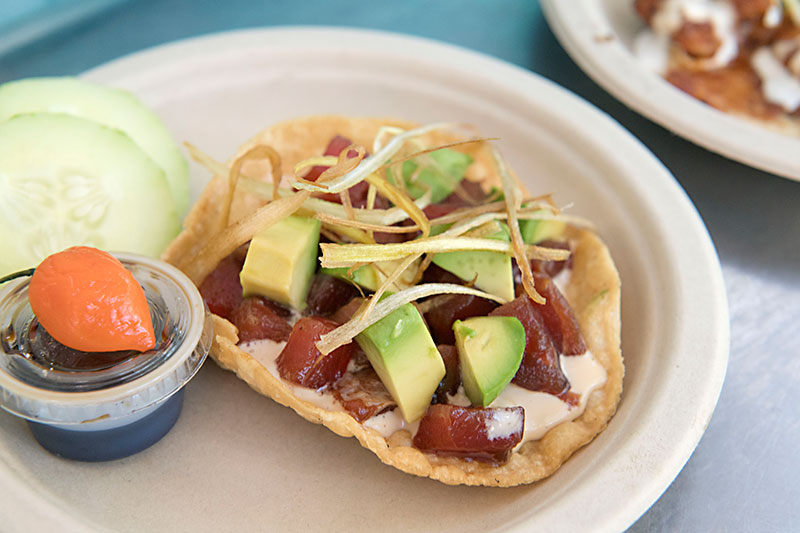 A willingness to cater office parties, events, and Hill Country weddings has opened up multiple revenue streams and allowed Rosarito to forgo the steep rent and increasingly cutthroat competition for a fixed Downtown location. Acosta says catering weddings has taught him a lot about efficiency. "You learn a lot from serving 200-plus guests at a wedding and having to have all your meals ready to go in minutes," he says.

Having catered large-scale events for Formula One, SXSW, and even a Bernie Sanders rally, which, Acosta says, "was a real challenge. ... Everyone had their taco fix that day," Rosarito has managed to reach customers far beyond Downtown. The pair recently opened a second Rosarito truck, a ceviche Combi serving a cold menu of ceviches, salmon tostadas, and ahi tuna salad, best suited, according to Acosta, to "more intimate events and smaller crowds like a house party." The daily locations of both trucks can be found on a calendar on their website, or through @rosaritoatx on Twitter, but Acosta's ambitions run bigger than that.

"At the moment we are negotiating already for a kitchen space that also has room for a restaurant," he says. "We want to provide the full experience in a restaurant where there can be micheladas and Clamatos to go along with our menu. We're also planning on starting our own tortilla production as soon as we set up our own kitchen, which hopefully will be really soon. In the future we would like to develop more Mexican food concepts that focus on different regions of Mexico."

"I want to keep learning," Acosta says. "My partner [Davila] is actually in Mexico learning some masa techniques and recipes to start using them in Rosarito as soon as we have our own kitchen."