South Indian fare brings the heat and opens the mind 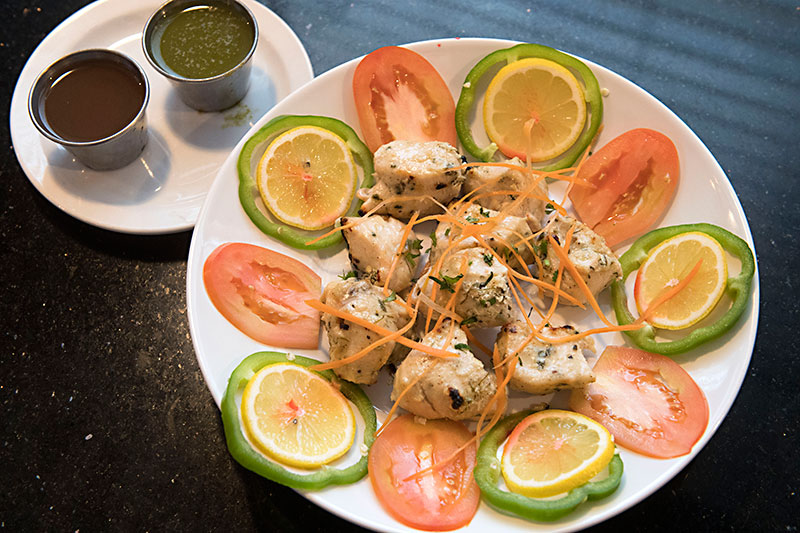 There are around 5,000 Indian restaurants in the U.S., and the vast majority serve dishes typical of India's northern region. This is certainly true in Austin, which has a large Indian expat community and some excellent grocery stores. Still, most of our Indian restaurants are North Indian, which means their menus are meat-focused, and tend to use a lot of dairy. Think saag paneer with those chewy lumps of paneer cheese floating in a cream-drenched spinach sea. South Indian cuisine uses a lot of seafood and coconut and tends to be vegetarian, even vegan. It is very, very spicy. It is also extremely delicious, which is why I was so excited to learn about the existence of Chennai Cafe, a Round Rock restaurant named after the capital of the South Indian state of Tamil Nadu. They're serving regional specialties I haven't been able to find anywhere else in Texas. 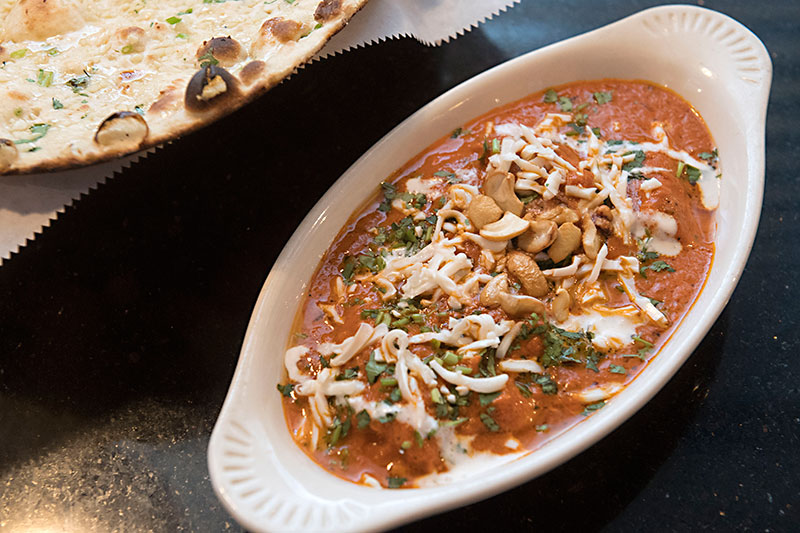 The atmosphere in Chennai Cafe is surreally opulent. One wall is covered by an enormous airbrushed photo mural of a temple, and mood lighting is provided by a million types of lights, including clusters of hanging Tiffany-style stained glass lamps that bathe the room in a soothing rainbow glow. The walls are bright orange; the ceiling is turquoise and dark blue with a thin ribbon of light stretching around the edges of the room. On our first visit, a Sunday evening, the room was crowded with families sharing vast plates of curry and stacks of bread, children climbing in and out of their parents' laps, and a grandmother wearing an orange sari the exact shade of the walls flashed gold bangles while imperiously gesturing at the waitress. The air smelled amazing, a beguiling mixture of spices and fried dough.

Our waitress brought over a basket full of delicious little fried rings of dough. Crispy and light, with an appealing savory aftertaste, they appear to be some variety of murukku, the popular South Indian snack made from a mixture of rice and lentil flour. We somewhat ill-advisedly plowed through the entire basket as we waited for our curries to arrive. For our first visit, we made sure to try the sambar. Sambar, a tamarind and lentil broth-based vegetable soup, is so fundamental to South Indian cuisine that if it's bad we might as well just write off the whole meal. Fortunately, it's delectable and super velvety; the smoothness of the broth was made almost creamlike by the finely ground lentil base. It's smoky and acidic, with the faint punch of tamarind brightening up the tender vegetables. We order idli, a type of savory rice cake, on the side, and they're the perfect blank canvas to soak up all that broth, filling us with a profoundly reassuring warmth. 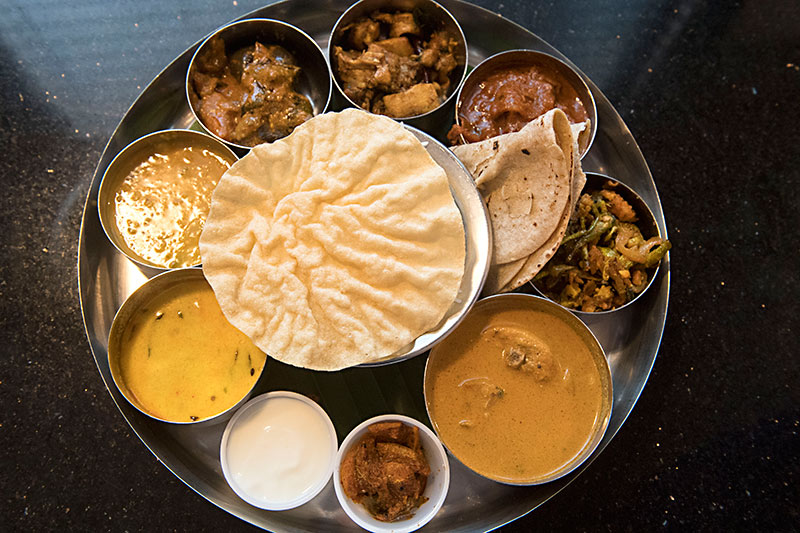 Next comes the Pondicherry Eral Aasad, shrimp suspended in a thick green mixture of cilantro and coconut. The slow-burning spice of the curry is livened up by the warm pop of mustard seeds, the perfect counterpoint to the sweet brininess of the shrimp. We also ordered the nilgiri curry with paneer, a nod to our own North Indian cuisine-coddled palates. It's made with fresh mint, which could have been overwhelming, but instead expressed itself as a subtle grassiness. The creamy tex­ture and mild herbal flavor caused some ­suspension of disbelief about the kabillion-Scovilles-hot chile burn, making the paneer a welcome distraction from our burning tongues.

On our next visit, I decided to cut the burned tongue problem off at the pass by ordering a glass of neer moor, a spiced buttermilk drink that's a popular South Indian palate cleanser. It comes in a tall glass, looking like a milkshake, but no milkshake has ever had this lemony fermented taste, or this surprisingly refreshing hint of ginger and jalapeño. It turns out to be the best tongue-soothing accompaniment to the arcot biryani. I've had biryani before, which doesn't tend to be a particularly spicy dish, but I should have known something was up when our waiter returned three times to make sure we had ordered the right thing. It arrived piled high in a copper cauldron, the mutton tucked under a mountain of bright red rice, topped with slices of fresh onion, carrot, and a hard-boiled egg. On the side were small dishes containing some kind of spicy puréed sauce that tasted lentil-based, and plain raita. The rice was amazingly aromatic, with the smokiness of chili and the fat melting off the lamb. Here comes the burn again. The flavor is compelling and though we tried to ignore the burn, dipping the spoon in for more over and over again, those sips of buttermilk between bites were crucial. The raw vegetables ended up functioning as a kind of palate cleanser, providing a little more welcomed relief from the heat.

And the mouth fire didn't let up in the other two dishes we tried. Puzhi kuzhambu poondu was described on the menu as a sour curry, so the intensely spicy sauce was a little surprising, to the degree that the whole cloves of garlic that studded the sauce tasted surprisingly neutral, even a little sweet, in contrast. We also tried karuvadu kathirikkai kuzhambu, a dry fish and eggplant stew. Although our waiter checked in with us about that one as well, even very kindly sending over a gentleman who appeared to be some kind of manager to make sure we wouldn't prefer them to replace the dry fish (which turned out to be a tangle of tiny fried sardines, bones and all) with a nice boiled tilapia. But we stuck to our guns, and I'm glad we did, because it ended up being one of my favorite dishes of the night. The dry fish were super salty and oily, almost like fish jerky, or (and I know how this sounds, but I mean it in a good way) an incredibly fancy cat treat. It was the kind of dish that seems like it might not be your style after the first bite, and I certainly thought so. But then I took another bite. And another. And a few nights later I was lying awake in bed aflame with the kind of intense desire we normally associate with a longed-for beloved, but in my case, dear reader, I was longing for a chili sauce-dredged pile of fried eggplant and fish. This, in a nutshell, is what going to Chennai Cafe is like: It might take some getting used to, but experimental ordering and a willingness to try new things will leave you with a fantastically enriching culinary experience. Saag paneer, who? 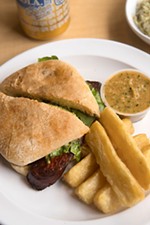 Inka Chicken's O.G. Peruvian Fare
The South American cuisine is having a moment in Austin's scene