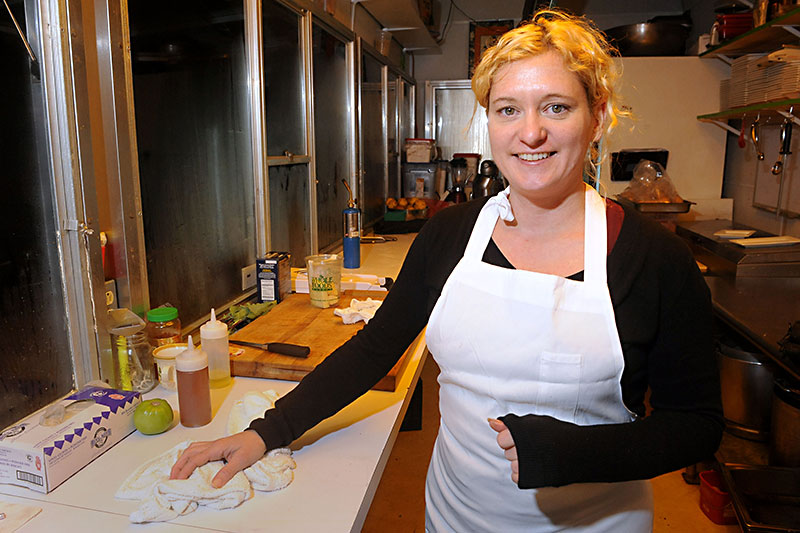 If a part bar, part brothel pop-up set inside a fictional town doesn't scream SXSW, what does? HBO is so excited about season 2 of their sci-fi Western Westworld that they're re-creating the entire town of Sweetwater, complete with the show's Mariposa Saloon. Guests IRL will meet at barbecue restaurant EastSide Tavern and shuttle to an undisclosed location where, among other scenarios, they'll saddle up for food and cocktails straight from the Wild West.

Almost as memorable as her famous cackle, Roseanne's diner served (unfortunately named) loose meat sandwiches, pies, and Canoga root beer. Thanks to SXSW, the Lanford Lunch Box will be brought to life at Volcom Garden (1209 E. Sixth) March 10-12, 11am-6pm to celebrate the show's upcoming revival. You'll finally have a chance to try that beefy hot mess you've been curious about since the early Nineties.

As an ode to Showtime's upcoming show The Chi, Clive Bar will host a Harold's Chicken Shack pop-up on Fri., March 16, 2-6pm at 609 Davis off Rainey Street. The Southside Chicago institution specializes in, you guessed it, chicken: wings, tenders, livers, and more.

On March 14-15, 7pm, at Eden East (755 Springdale), Sonya Coté (Eden East, Hillside Farmacy), Christopher Sayegh (The Herbal Chef), and Natalie Gazaui (Eberly) will partner with local, cannabinoid-focused wellness brand Mineral Health for a five-course, prix fixe hemp dinner. The menu will feature delicacies that showcase hemp as food and medicine, and Todd Roth, blues guitarist, will serenade the diners. The all-inclusive dinner is $85; make reservations at edeneastaustin.com/springdale/reservations.
A version of this article appeared in print on March 9, 2018 with the headline: SXSW Foodie Pop-Ups