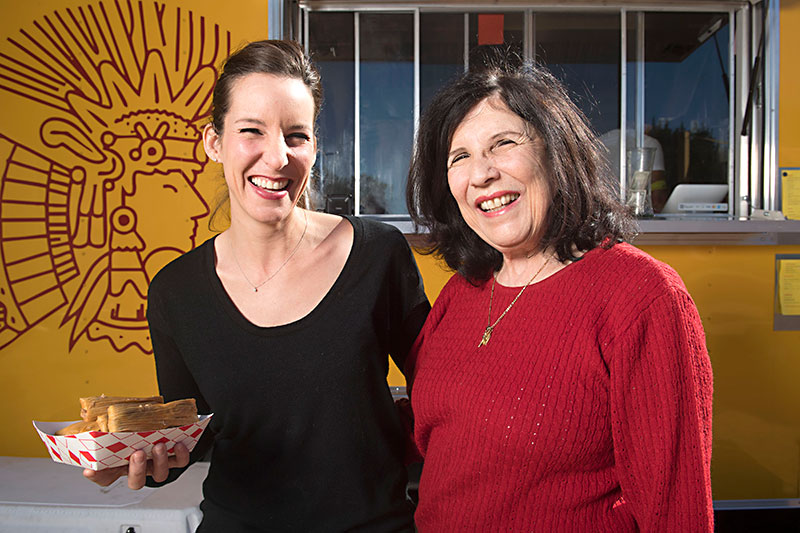 There's comfort in the nuance of old family recipes. Most people base their high standards for beloved dishes around time-honored traditions created within their own close circle: the delightfully browned peaks of Grandma's meringue pies, secret steak seasonings, meatballs and breakfast casserole, and homemade ice cream. Tamales are one of the most popular, least standardized seasonal favorites, and everyone has their druthers. But it's pretty hard to argue with a recipe that's been going strong for more than six decades, even if it's not made in your own family's kitchen.

Austin's newest tamale mavens – mother-daughter duo Sandra Karam and Alexandra Karam Hagen – are reinvigorating a legacy that began with a Karam family matriarch. Josephine Curry Karam started making tamales in a friend's garage during World War II under the name Best Tamale Company. She sold her tamales where she could until she opened a small store with her husband Ralph, which became so popular that it eventually transformed into a full-service restaurant. Karam's Mexican Dining Room (originally called Karam's Tamale and Tortilla Company) was open for 60 years in San Antonio. Sandra managed the restaurant for many years, but after her parents passed away, the restaurant property was sold as per Ralph's wish to provide security for his family. Sandra explains that she and her sisters "chose not to sell the name nor the recipes, on the off chance that someone in the family would want to use them at a later time." 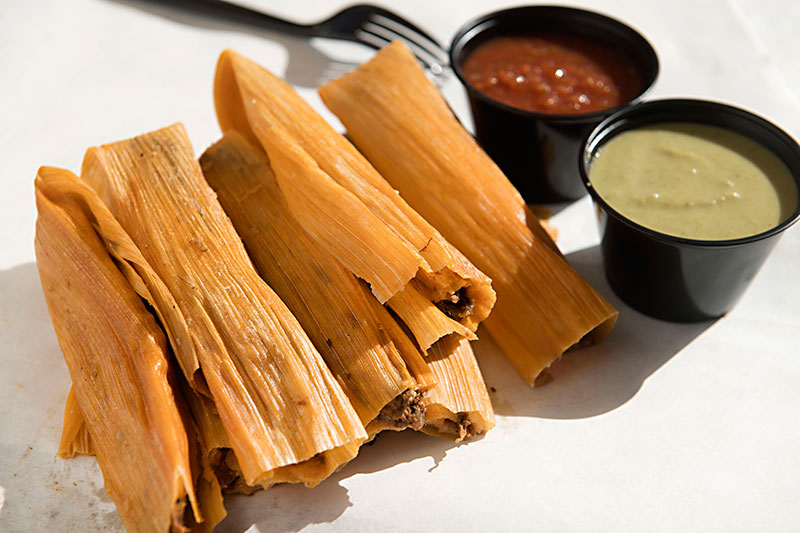 Alex, a graduate of the Culinary Institute of America in New York, with an additional business degree, worked periodically at Karam's for years. When she broached the topic of reopening the restaurant in Austin, Sandra says there was no doubt in her mind that Alex would be capable of doing it. She adds, "[My] only concern was, did Alex really want to work that hard? Alex practiced and perfected all the original recipes as our intent was to open a full-service restaurant. But, here we were, ready to move forward, and we just couldn't secure a location we were happy with. Alex said, 'Let's just start with a food truck.'" They've combined the names of Josephine's original business venture with the name of their longstanding South Texas institution to call the new spot Karam's Tamale Company. For now, Karam's fare is available at their South Austin food truck (and through online ordering), but when asked if they intend to bring back a Karam's brick-and-mortar, the answer was a resounding "Absolutely!"

With so many vastly different tamale recipes and styles – and more opinions than corn husks – it really comes down to preference. There's the ratio of masa to filling, the filling itself (savory vs. sweet, chicken vs. pork), the size, the moisture factor, and so on. Growing up in Texas I have eaten my fair share of tamales, and they've run the gamut from vegan to barbacoa, fat to slim, dry to squishy. Then there's the ever-important, never-solved question of what to put on tamales and how to serve them. I'll be perfectly honest: I used to eat tamales with ketchup, and apparently I'm not alone. It's embarrassing, but it's a thing. I eventually started adding hot sauce to the ketchup, but several years ago, I made the adult decision to just go with a really great salsa. I'll never look back. Chicken tamales pair beautifully with tomatillo or verde varieties, while the beef version is really enhanced with a good red salsa. Others add onions, jalapeños, and cilantro. Karam's serves their tamales with their house-made Karam's hot sauce, pico de gallo, and green sauce (creamy, spicy, and reminiscent of Tacodeli's treasured Doña sauce). 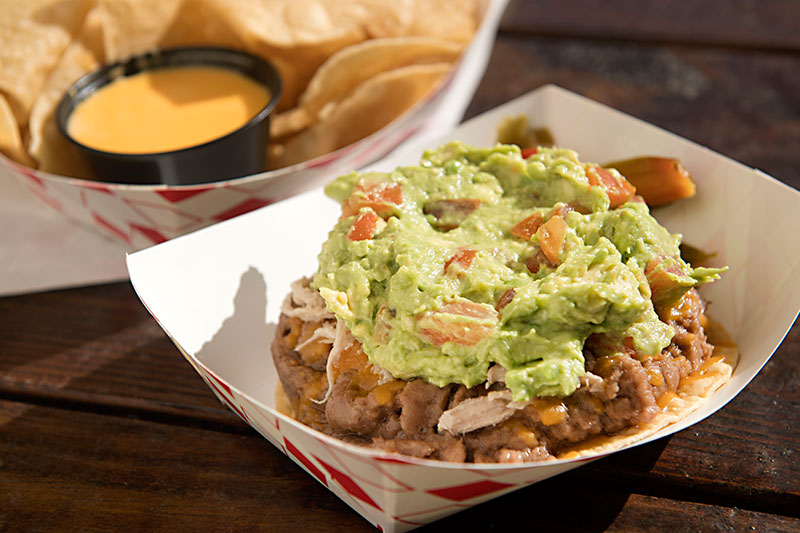 Like the examples set before them, not only is the Karam's team selling tamales made from old family recipes, they're selling other Tex-Mex dishes, too. The menu includes breakfast tacos (Will they inspire a cease-fire in the San Antonio vs. Austin taco war?), chalupas, tostadas, and more. But tamales are the heart of their business, and Karam's is the new kid in school during the season of tamales, so it's important to note that Karam's tamales are, in fact, delicious.

While we're at it, why are tamales associated with the winter holidays? It was women who first developed the technique of making masa from corn, and in turn, these edible treasures. Sandra explains, "Corn was important in Mesoamerica as people believe that God created people from corn, [and] tamales became part of the ritual offerings." Warring Mesoamerican tribes meant portable, plentiful food was essential, and since tamales are exactly that, the concept spread like wildfire. She adds, "Tamales are prepared for all special occasions, but especially for Christmas. Tamales are sometimes seen as a symbol of the Virgin Mary carrying baby Jesus, or as a mother carrying a future life. Tamales are eaten all year but during the Christmas season from December 12 (the Feast of Our Lady of Guadalupe) to January 6 (the Epiphany ... the Three Kings) they are a requirement."

"People have told us they taste like the ones their mother used to make," Sandra says of her tamales. So, if you don't get invited to a tamalada (tamale-making party) this season, skipping the tedious work and buying from the experts is the next best thing.