Local Sparkling Waters to Help You Get Your Topo Chico Fix

Waterloo, Big Swig, and Rambler break into the fizzy business 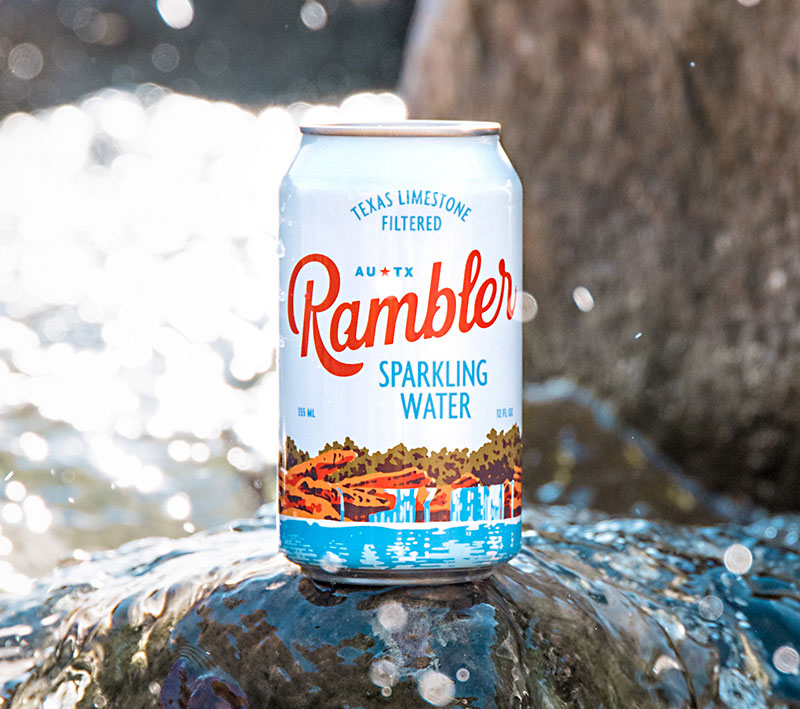 Packaged water did the unthinkable last year when it toppled soda as the most popular drink in America. Small wonder, then, that Coca-Cola recently purchased the U.S. rights to the perennial favorite Topo Chico brand for $220 million. With soda on the outs, and booming sparkling water sales, a surge of Texan entrants was inevitable. This fall, three local sparkling waters – Waterloo, Big Swig, and Rambler – debut in Central Texas.

Big Swig managing partner Sean O'Connor says, "While we've been working on this for years, everyone's entry this fall is mostly coincidental." The Rambler team has had their product in the works for two years, and one of its backers, Mohawk owner James Moody, says, "It was crazy to us that bars offered 40 beers and one water. Why wasn't there a Texas option?"

Both Big Swig and Rambler cited Texas craft beer as a blueprint for growth: Central Texas craft breweries grew from 20 in 2005 to 218 today, a 990% increase (according to a recent CBRE study). This analogy serves to also suggest big potential within the sparkling water market. Though each of the new brands employs different distribution, pricing, and branding plans, they all understand the value of local loyalty. All three sparkling water companies utilize cans rather than bottles, citing portability, environmental friendliness, and production costs as decision factors. Past those similarities, the waters diverge.

Beverage distributor Austin Specialty is behind Big Swig, which O'Connor calls "clean and crushable." Their flavored waters, key lime and ruby red grapefruit, have a tart fruit accent, akin to a squeeze of citrus. With a background in beer, the company saw the opportunity for a local water brand. "You can't always drink beer," says O'Connell, "and we see the demand daily." The brand will encourage in-store trial by pricing aggressively at $4 per 12-pack this fall. (They'll move the price up slightly in 2018.) Big Swig is also partnering with community and school events to encourage trial and good word-of-mouth. Fresh Plus and Wheatsville Co-op will carry Big Swig, and Austin Specialty worked with H-E-B to make the product retail-friendly. While the water is Austin-only for now, O'Connor says San Antonio may be next.

A team of veterans from Deep Eddy Vodka, Treaty Oak Brewing & Distilling, and Mighty Swell Sparkling Cocktails are behind Waterloo, which arrived in September. Waterloo's product range is similar to LaCroix, with seven different flavors debuting at $6 per 12-pack. The product's taste is described as "true-to-fruit flavor" with a "richer taste." Central Market carries Waterloo, and the water struck a national distribution deal with Whole Foods Market, which should aid in its quest to compete nationally. They attracted a $3.2 million venture capital investment from CAVU, which has led brands like Bai Antioxidant Infusion Drinks to large paydays.

Arriving later this year is Rambler – a brand with leadership including Moody (also of Guerilla Suit), GSD&M's Jay Russell, SolCharge's Jeff Trucksess, and former MillerCoors CEO Leo Kiely. Rambler's R&D process was challenging. Moody explains, "We did research on water quality, sourcing, and packaging. We wanted to be personal and thoughtful." Rambler incorporates limestone filtering for local terroir, and partners with Texas Parks & Wildlife as a charitable beneficiary. "Getting [limestone filtering] certified wasn't easy – no one had done it," he says. "We're sustainably sourcing and trying to protect wild lands and water sources with this partnership." The team's lifestyle branding background facilitates a grassroots roll-out; hotels, bars, and restaurants are initial targets. Flavored Rambler is also forthcoming, though not at launch. The can design is striking – reminiscent of vintage beer brands – and Austin Beerworks will assist with canning and distribution. Trucksess says pricing "will be closer to LaCroix than Topo." He adds, "We did side-by-side taste tests for months to get the mineralization and taste right. We're aiming for uniqueness."

While each brand enters the market with expertise, none seems to view the others as direct rivals. "Soda lost 10 percent of their business in five years," says Trucksess, "and that's enough to build 50 businesses."

A version of this article appeared in print on November 10, 2017 with the headline: Fizzy Business 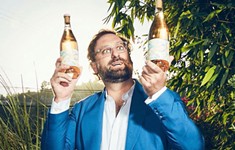