Places in town to eat something autumnal without pumpkin spice 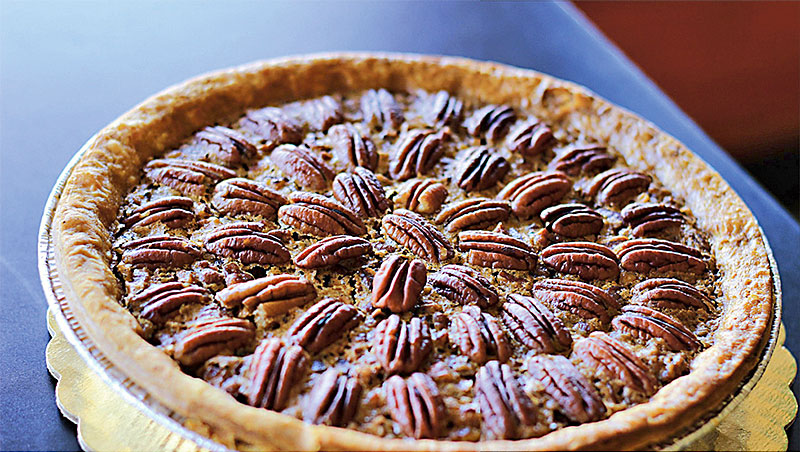 OK, I realize that it's still 90 degrees on the reg and I'm still wearing my cutoff jean shorts every weekend, but it's October, goddammit, and my Northeastern soul is longing for fall weather. Are there any places in town where I can eat something autumnal without sweating out my entire body weight? Bonus points if it doesn't involve pumpkin spice.

Fall might be the most difficult time for us non-native Texans. Everyone complains about the summer and, yeah, it's hot, but summer's supposed to be hot, even if it doesn't get quite this sticky and scorching in our respective native climes. But fall, man. I remember when I first moved here, in August a few years back, and was struggling to look professional in the wilting heat. I asked a co-worker when it would cool down. "Soon!" she said. I ran into her a few weeks later, in the middle of September, and though I was testing the limits of my Whole Foods deodorant, she seemed totally unfazed by what I assumed was abnormal heat. "I thought you said it would be cool by now!" I said. "Oh yeah," she said, as calm as anything. "That's just something I tell people when they first move here. It'll probably be hot for another month and a half." She was right: It was.

When I arrived here I had a very specific idea of what fall was supposed to be like. Fall was supposed to be about leather boots and fuzzy sweaters – not cutoffs and sandals. It was supposed to be about warm flavors – the "it's a cliche for a reason" pumpkin spice you mentioned earlier, apple cakes, roasted vegetables. While there are many great things about fall in Austin (tell me you don't love being able to swim every weekend, well into October), autumn in the Northeast certainly has different charms. A few unseasonably seasonal days aside, it's still far too hot in Austin to even imagine turning on your oven to make any of the autumnal classics I mentioned earlier. Believe me, I tried, and my poor roommates are still complaining about the resulting heat. Even hot apple cider will make you break out in a sweat. So if you want a Northeastern fall experience, you might have to leave it to the professionals, at least for the next month or so.

A great place to start is with pecans. In late September, pecan trees all over town started shucking their smooth green pods in preparation for the winter, much to the delight of local squirrels, and the dogs who love to chase them. I would encourage you to get a paper bag and start pecan scavenging. There are tons of trees in local parks and public lands whose nuts mostly go to those delighted squirrels, and are free for the asking. From there, it's easy to shuck the nuts and keep them in your freezer until it finally gets cold enough to bake yourself a pie.

If you're not much of a DIYer – or the urge for pie is particularly strong – there are many (so many!) places in town that make excellent versions of the classic. My favorite has to be the pie at Quack's Bakery, which is much less corn-syrup-custard-slick than others in town, and thick clusters of nuts are the perfect textural counterpoint to the flaky richness of the crust. It's pretty much the most perfectly autumnal thing you could dream of putting in your mouth, with not a single pinch of those pumpkin spices to be found. If you sit in the back by the fan, you may even be able to pull off wearing a cozy sweater.