We all scream for (dairy-free) ice cream 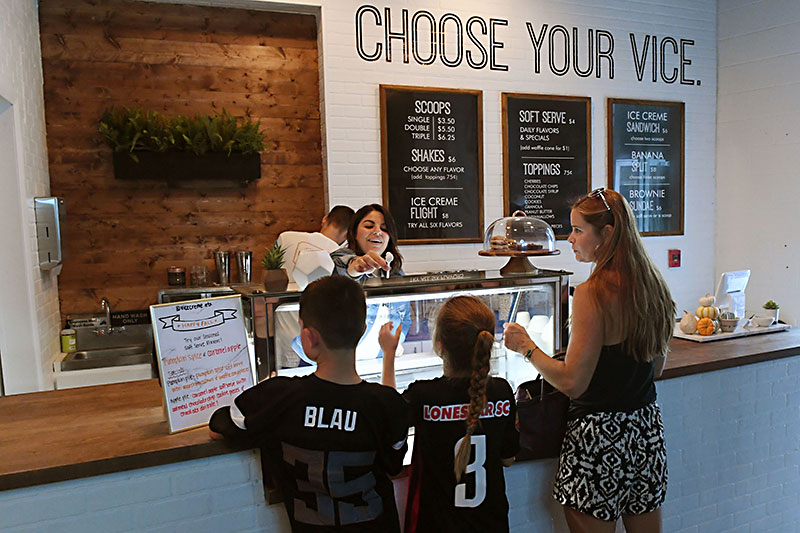 Ice cream is practically a dietary staple in a city plagued with triple-digit temps for entirely too many months of the year. For vegans, there was only one option for local frozen desserts until recently. Austin is now home to four storefronts offering only vegan ice cream, taking the city from one of the vegan food capitals of the country to one of the vegan ice cream capitals of the country, just like that.

While Sweet Ritual – Austin's first dedicated vegan ice cream parlor – has long been a local favorite with the dairy-free community, a new pack of vegan ice cream parlors has popped up. Vicecreme showed up this spring, opening its doors on Earth Day and impressing the public with house-made soft serve blended from bananas. It's dairy-free, gluten-free, and the banana base is even fat-free, so you can indulge without wrecking your diet. They've got a case full of NadaMoo! flavors to boot.

While you won't find any bold signs declaring the hip and modern shop's veganism, rest assured that everything in it is dairy- (and cruelty-) free. Owner Michael Limongelli simply wants customers to discover for themselves how good vegan ice cream can taste, without the stigma that vegan ice cream is too "healthy" or not "normal." As if anyone could concoct a logical excuse for not eating a donut-topped ice cream cone or a homemade Klondike bar. He's just trying to make a difference – and negate ice cream as a reason for people not adopting a vegan lifestyle. "It's up to our generation to make that change regarding where our planet is headed," says 27-year-old Limongelli.

Milky Way Shakes was born after best friends Rachel Horesovsky and Moni Burgin converted a food truck and ran a successful Kickstarter campaign. Austin's first dairy-free frozen dessert truck opened in September, offering creative, delectable milkshakes with homemade coconut ice cream. Milkshakes like Oreo Borealis boast chocolate fudge, mint, and Oreos (Yes, they're vegan. No, that's not cream in the center.), and their Strawberry Lemon Cloud features lemon curd and vegan meringue made of aquafaba, the viscous water in which beans have been cooked. Burgin's fave – chocolate cayenne – is the spiciest shake you'll ever sip. The best part? The truck is right around the corner from Arlo's at funky Spider House Cafe, so you can polish off that Bac'n Cheeze Burger with a shake. 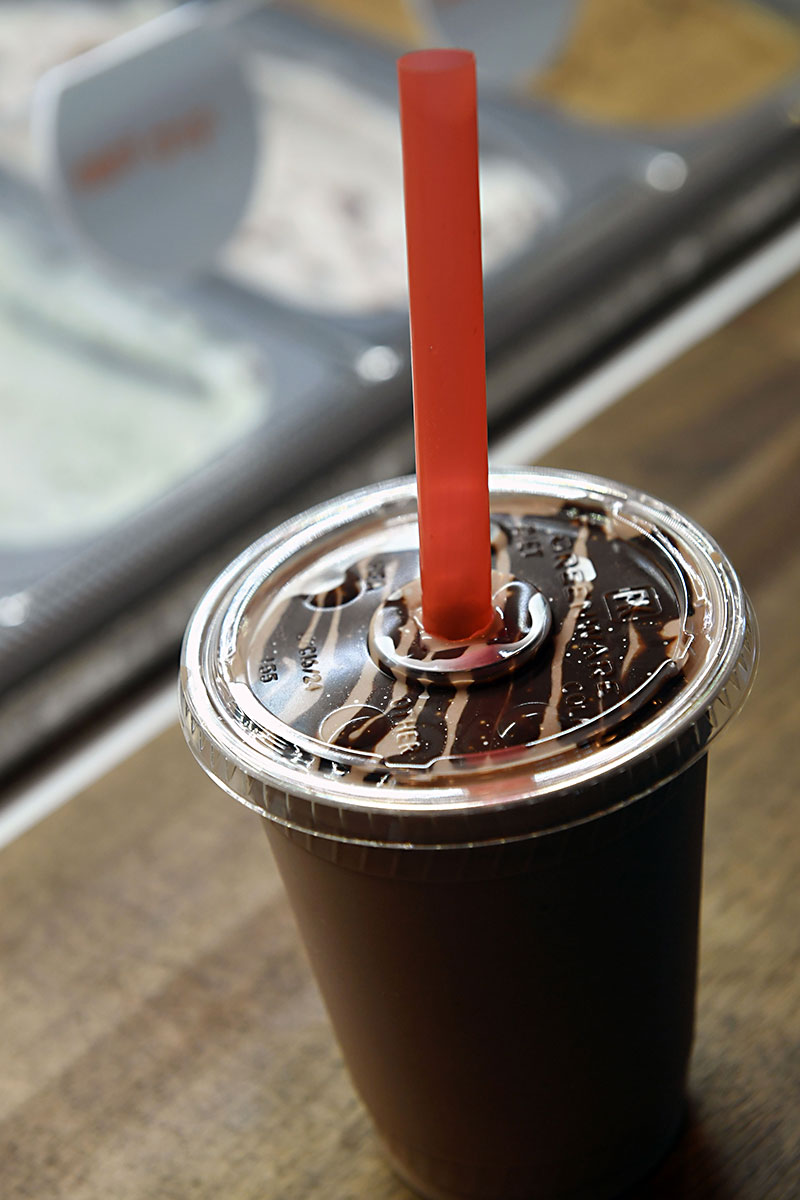 The third storefront to open this September was Yummi Joy. It's owned by the same folks as Toy Joy, so you know the atmosphere is going to be fun and playful, and is practically a reopening, as the current owners are returning to the storefront roots as a candy store and vegan ice creamery. Shelley Meyer, co-owner of Yummi Joy and Toy Joy, has been hearing from customers for years about how they missed that component of the shop, so they jumped at the chance when the space next door opened up. They're offering two kinds of their own vegan soft serve, but customers can also find Sweet Ritual flavors in the case ("unicorn poop," anyone?), which is entirely appropriate because it's where Sweet Ritual co-owner Amelia Raley got her start in vegan ice cream. If that's not enough, an espresso machine means vegan affogatos – ice cream drowned in espresso – are on the menu, too.

All of these new businesses are scattered across the city, making dairy-free ice cream within reach no matter what side of I-35 you're on: Vicecreme is located on Lake Travis, Yummi Joy opened up right next to Toy Joy on East Second, and Milky Way Shakes is parked at Spider House Cafe.

If that sounds like a significant amount of competition, fear not. All the businesses are thrilled to be part of a growing industry in a city ecstatic to have – and frequent – their shops. "It means people are becoming aware of what they're putting in their bodies," says Limongelli. "There's really no competition in the vegan world because we all stand for the same thing. We're all trying to make a positive impact."

"The culture is growing," Meyer agrees. Summer may have ended, but vegan ice cream season is far from over in Austin.

A version of this article appeared in print on October 13, 2017 with the headline: We All Scream for (Dairy-Free) Ice Cream