A classic combination with some extras 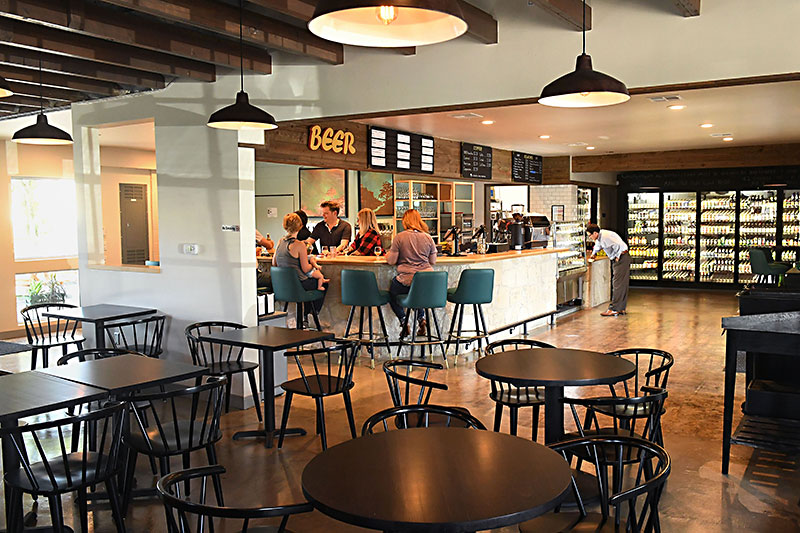 The very first batch of kolaches rolled out of the oven on a Friday at noon. By 6pm there was a paper bag taped to the front of the door with Sharpie scrawl imploring eager, would-be customers to excuse the team's oversight in not making enough dough and to come back tomorrow.

However, the milling crowd of kolache aficionados and an enthusiastic doorman – who turned out to be the father in this family venture – suggested that brothers Noah and Josh Lit would miraculously produce some more Texas-Czech pastries later that same evening.

There were plenty of folks who were willing to wait, too.

Across the threshold of the midcentury flagstone farmhouse you enter a space that is part concert hall, part beer garden, part corner store, and part bakery. The cacophony of voices, clanging platters, and swinging kitchen doors create a musical din over which trays of kolache float at breakneck speeds – leaving a scented trail of Micklethwait Craft Meats barbecue in the hot summer evening.

As the line lingered, a patron unsteadily played "Chopsticks" on the stand-up piano as words of encouragement came from behind the bar. As former musicians who Noah said "went to L.A. to be rock stars and came back to be kolache stars," Josh and Noah love nothing more than listening to the simple melodies people pick out. Josh later told me that "Chopsticks" was "infinitely preferable to this," as he pointed to the built-in speakers that were playing pop songs on loop.

The brothers' penchant for novelty can be seen in the concept that they've created at Batch. Wedged against the back wall are floor-to-ceiling cold cases where you can select a "make your own six-pack" out of a kaleidoscope of 400 different beers. To encourage folks to linger, however, the brothers keep 12 rotating beers on tap. Josh hinted though that there would probably always be Jolly Pumpkin on draft. 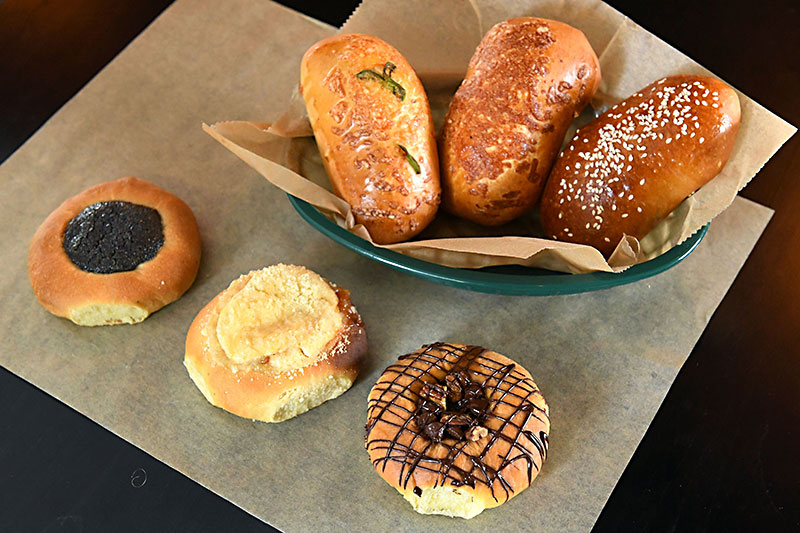 Of course, if you're into coffee, they have that too. Although it appears to be a juggling act for bartenders to instantaneously morph into baristas, somehow the beers have perfect pours and the espressos have a respectable crema.

And then there are the kolaches, or as Noah likes to call them, "Czech history with a beer."

At an average of $3 apiece, Batch kolaches are far from the basic variety. Under Jasmine Jones' (owner of I Knead That) watch, local and seasonal ingredients are turned into doughy, filled pastries. The traditional flavors like the poppy seed are what you would expect, but the savory Micklethwait creations are where these pastries shine. The spicy jalapeño sausage sears through your mouth and lingers on your tongue until you take a gulp out of your pint glass. A brisket, pickle, and Swiss number tempts you into thinking you're eating a New York Reuben. On the sweet side, even the homey-sounding peanut butter & jelly kolache is novel with its peanut butter ganache and a swirl of fresh jam.

Despite Batch appearing to be just another establishment serving the ubiquitous breakfast pastry of Central Texas, the Lit brothers have transformed this Czech pastry. With partnerships also brewing with Pinthouse Pizza and Switched On (for a brews and beats pairing event), somehow Batch unifies the critical components of an Austin lifestyle. Beer, coffee, breakfast, barbecue, and live music: At Batch, the Lit brothers have wrangled them all under one roof. 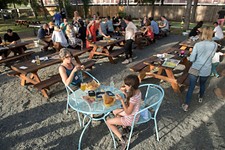