OK food from a problematic concept 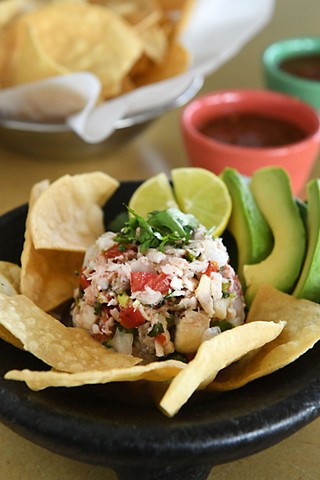 Spend too much time staring at the same thing, and you are likely to develop myopia. That's especially the case with food writers – myself included – who devote so much time to wallowing in the surface gloss of a restaurant that we forget to look for nicks. They're not necessarily where one would think to look for them. If the restaurant existed in a bubble, I probably would have skipped reviewing DK Maria's altogether. Tonya Noble-Moore from Noble Designs led a buildout of the former Tres Amigos location that is mostly what you would expect of a Tex-Mex joint. A corrugated metal bar and brightly colored faux pergolas provide most of the interest, supplemented with neon beer signs, painted wooden chairs, faux Fiestaware, and a selection of merch should you be enchanted at all. The cheerfulness of the space instantly announces DK Maria's intention. This is a family restaurant. Sophistication is hardly the point. That's true of the food too. That's not to say that Tex-Mex cuisine can't have the same ambitions as New American or French. Of course it can, but this is not that kind of Tex-Mex. With the exception of a few Hill Country-inspired game dishes, the menu sticks to classics like tamales, enchiladas, and tacos – the kind of dishes that are coded into Texas DNA. The cheese Jorge Enchilada was the highlight from our visits – true to form with a thick layer of chili con carne and a side of unobtrusive rice and beans. I enjoyed the queso flameado too, whose atypical topping of avocado slices hoisted the fatty chorizo. The cutesy menu (more on that later) fails to give any props to the flour tortillas, but the fluffy rounds are an upgrade from the gummy corpses that so many Austin restaurants serve. 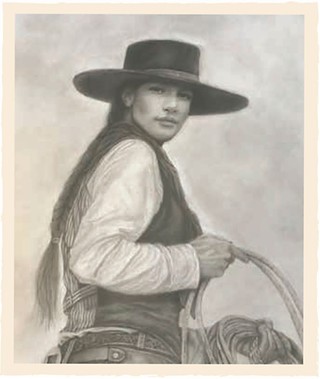 “DK Maria” as she appears in the menu

But from there, the quality plummets. The chile relleno is agreeable enough, neither caked with cornmeal nor overly eggy, but the ground beef inside was mush. Perplexingly, the dish came with a side dish filled with raisins and unsalted, unroasted pecans. The lack of breading in the quail cosas made sure the frying process leached all the scant moisture out of the bird. And the pozole seemed undeveloped, the shallow flavors hearkened to the kind of acceptable but not particularly satisfying soups that shelter magazines recommend for busy families. I would prefer to forget about the xanga, an unpleasantly chewy dessert chimichanga that has so much cross-cultural appeal you can find them at an Italian restaurant in Nashville and a sushi bar in Elk Grove. Uncanny.

But even with the discovery of a single white fiber on the xanga and the endurance of a service that can most kindly be described as rocky, the restaurant wouldn't have made that strong an impression were it not for something that has nothing to do with those mechanics at all. The conceit of the restaurant is that "the fare is inspired by DK Maria, a strong woman with rich heritage and a spicy life to bring guests legendary family recipes." The trouble is that the owners are claiming a Latinx heritage that does not appear to be theirs.

Granted, I have not run a genetic test on co-owners Mike and DK Reynolds and Bruce and Mary Evans, and I recognize that in an increasingly pluralistic society, surnames don't always write a full story. At least some of the "rich heritage" described on the menu does seem to be pieced together from bits of family lore. Mike Reynolds is a descendant of a famous Texas family with deep South Texas roots. Mamie, Mike's grandmother and the presumed namesake of Mamie's Fish Tacos, was indeed a champion fisherwoman. And the family certainly has a connection to Cruillas, Mexico, but their birthplace it was not.

I don't agree with the notion that one has to be from a particular ethnicity to cook that group's cuisine. But a restaurateur should not profit from a culture while disrespecting its people. DK Maria – named after the two women involved in the project – is reduced to one dimension, something to liven up gringos' (the ones to whom the menu suggests calling espuelas "SP" because, boy, that word is a tongue-twister) otherwise humdrum life. There are many references to her "wildness," as if she were in need of taming, phrasing that harmfully exoticizes Latinx women. Various figures are presented as part of this faux heritage, including Mamie, who is referred to as an abuela. At best, it's culturally insensitive. At worst it's brownface.

And that's particularly problematic at this point in time in Austin's restaurant scene. While Latinx-owned businesses are being razed to make room for attractions enjoyed by an increasingly white Austin, non-Latinx business owners have made Tex-Mex the flavor of the month. Austin has a long history of benefiting from Mexican culture without giving its people a fair break. Now we have restaurants that suggest we consume the people wholesale. As an operation, DK Maria's does just fine. That doesn't mean we should swallow the rest.