Crêpe Crazy and Saperlipopette embrace the universal language of food 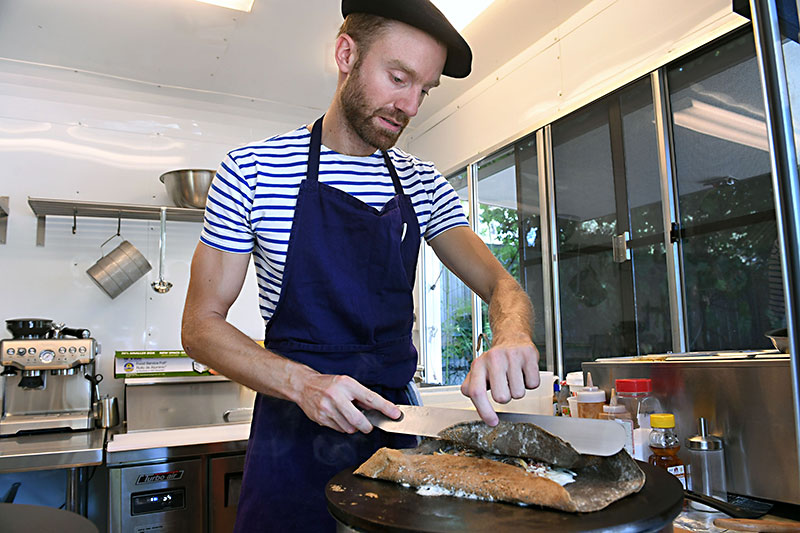 Somehow, even after traveling thousands of miles and being translated across languages, French recipes tend to hold their integrity. Something about the copious amounts of butter, the nuance of flavor, and the impeccable presentation allows France's gastronomic prowess to cross borders, able to please everyone from food critics to trailer food fans. And perhaps none of these enviable culinary qualities is more apparent than in arguably the country's most emblematic culinary export – the crepe.

In many ways, the simplicity of the French take on a pancake is the key to its success. Its foldable form and mild, buttery taste make it an ingeniously elegant finger food. While some French restaurants will offer a fork and knife alongside a crepe dish, the French crepe is also commonly served piping hot out of the window of a shop or bakery, wrapped in paper and meant to be consumed street-side, much in the same style as a taco or any other food procured from a food truck.

However, the owner of Saperlipopette, Jean-Baptiste Thouénon, says he will only go so far to accommodate Americans. "Sometimes some people say you should do an American recipe and I'm like, 'No!'" For this recent expatriate of Brittany, the home of crepes, cooking up this street food is serious business. "In Brittany, we eat crepes almost every day," he explains, "Over there we can eat crepe for breakfast or during a break for snack, and we just add butter."

Crêpe Crazy, a growing mini-chain stuffing crepes with everything from Scandinavian lox to Southwestern peppers, corn, and black beans, takes a different tactic. Assistant general manager Michelle Giterman says that it makes sense to adapt to the tastes of your clientele. Over the years, she explains that she and her parents, the owners of Crêpe Crazy, have found that Americans love fancy "sandwich-like" crepes. "We cannot imagine how Americans will appreciate simple, two ingredient ... crepe[s]."

Founded by Eastern European immigrants, Crêpe Crazy melds a variety of cultures into their crepes. However, it is not merely the fusion of yeasty Russian blinis and grainy French galettes that makes their take on crepes special; it is their dedication to run their creperie as a Deaf business that makes them unique. Giterman embraces Crêpe Crazy's role as a Deaf-owned business. "We've become an iconic place for Deaf people from all over the world. It is like, a must- visit place when they are in town," she says. 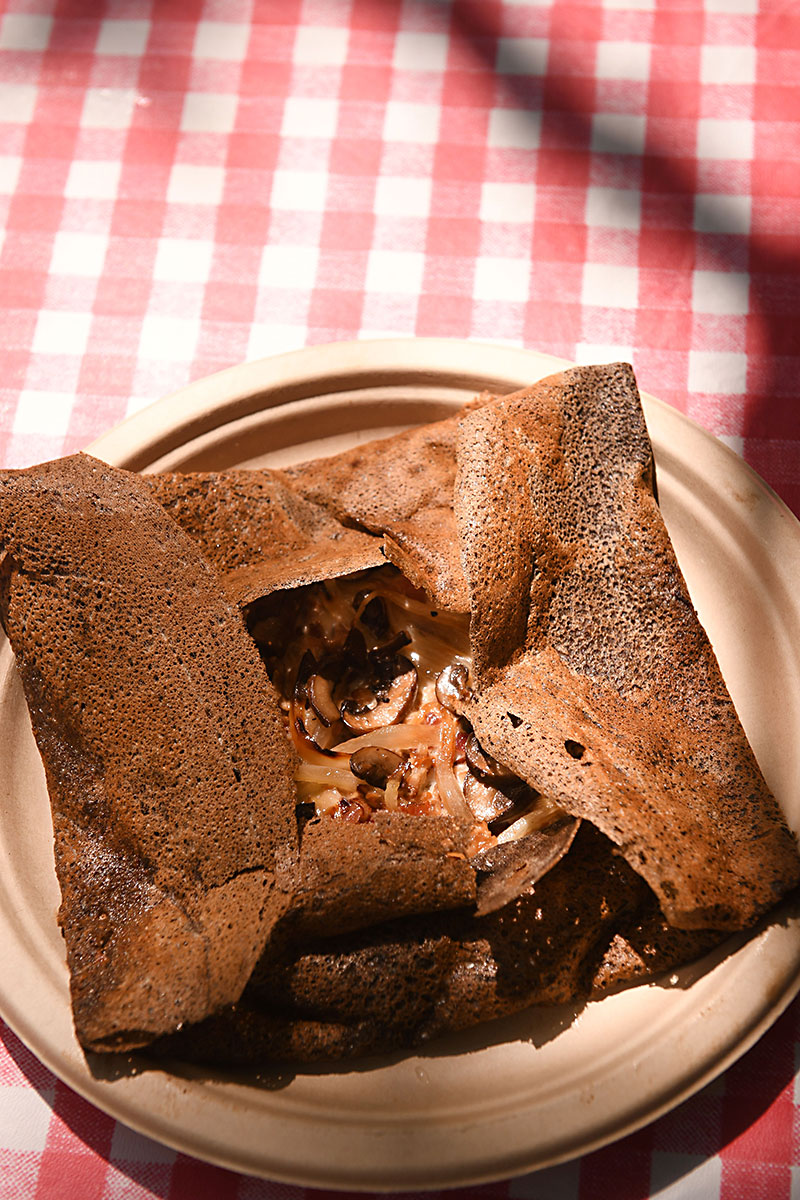 Over on South First, Thouénon, too, experiences the rewards and difficulties of trying to bridge two cultures. As he relates the reasons he insists on remaining as close to the original as he can, Thouénon admits that despite his confidence in his approach, "Sometimes I'm scared about what [Americans] will think." His fears partially stem from the complications in sourcing ingredients. "Ingredients here are different," he laments. "But I tried, tried, tried different stuff, and I finally found something that is really similar." Once he found comparable ingredients, however, things took off.

Thouénon attributes his immediate success to the lack of affordable, authentic French food in the city. "You know, here there is a lot of food and food trailers, but nothing French. Or, if there is, it's expensive."

His seemingly obvious solution to the lack of French fare came about inadvertently. Originally an ophthalmologist, after seeing a documentary about Austin on French TV, Thouénon abruptly decided to move here and open a glasses shop. "I wanted to open a really nice optics store with really nice glasses," he remembers. However, due to differences in qualifications and training between the two countries, he concluded that a crepe trailer was the second-best option to allow him to move here. "I really liked Austin, that's why I stayed," he says.

Similarly, at Crêpe Crazy, Austin's welcoming atmosphere offered a unique opportunity to pursue their culinary ambitions while also supporting a community that is often overlooked. Giterman writes that anywhere outside of Austin, it would have been nearly impossible to even suggest the idea of running a business employed from top to bottom with Deaf people. Austin, though, has thwarted expectations and made them a roaring success.

"We've received so many compliments in how we did not allow our deafness to stop us from doing what we want to do," Giterman says. "Often, they are very surprised to find that the restaurant is 100 percent run by Deaf employees because they cannot tell the difference between us and any other restaurants out there until they take an order from us." The obvious exception to this is Crêpe Crazy's ordering system. A large sign saying "Point and Ye Shall Receive" is painted on the wall of the bistro where it indicates an outsize menu on the counter in front of the cash register. Customers simply walk up, smile at the cashier, and point to their desired order.

Despite their differences, both Crêpe Crazy and Saperlipopette have embraced the universal truth that good food speaks to everyone.

"Bottom line: Food is a universal language," says Giterman. "If food is good, it is good! It doesn't matter who is behind it."