So You’re Thinking of Keeping Chickens

Tips for finding the perfect flock 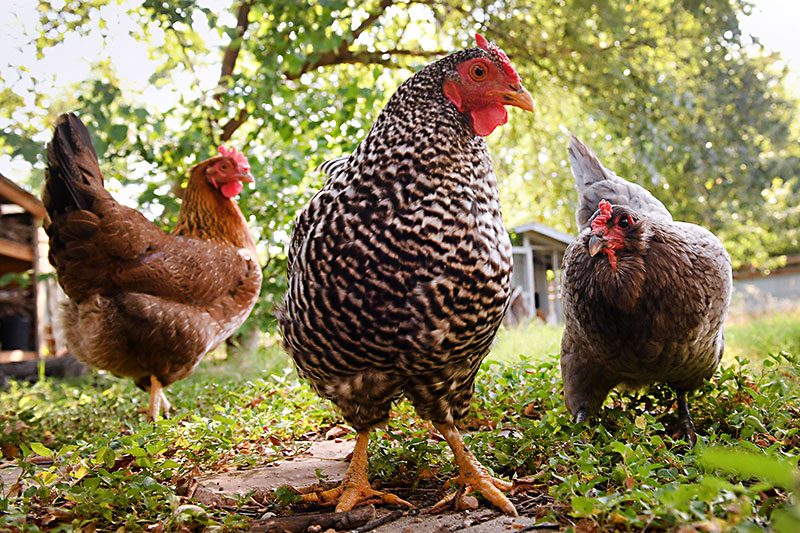 Chickens make wonderful pets. They're fluffy, they're adorable, and they're easily motivated by treats, which makes them highly trainable. As part of a backyard composting program, chickens keep food waste out of landfills and contribute to soil integrity. As such, the city of Austin now offers rebates and classes on caring for chickens to help attain its "zero waste" goal of decreasing trash sent to landfills by 90% by 2040. A few years ago, I got interested in chickens for these reasons – and for the promise of fresh eggs. I've since come to learn that chickens are one of the most overachieving (albeit underappreciated) fluff balls you'll meet. If you're thinking of backyard chicken ownership, you have plenty to consider. How big of a coop should you build? Where would you rehome an unwanted rooster? Could you humanely cull a bird that must be put down? The list goes on. But today, I want to talk the fun stuff: chicken breeds and finding the right birds for a backyard flock.

Egg production ranks high on the priority list for most hobbyists, and it, like shell color, varies by breed.

It boggles the mind to think that every couch-warming and sled-pulling dog in this world – from the greatest of Danes to the most purse-tolerant of Chihuahuas – is the great-great-great-great grandpupper of a mighty wolf. Just as incredible: the diversity of domesticated chickens, all initially bred from the Asian red junglefowl. And like dogs, they were bred for different purposes. (Why Did the Chicken Cross the World? by Andrew Lawler is a great book about it.) To narrow down the long list of chicken breeds to the few best for you, make a list of preferred characteristics. For a small, backyard brood in Austin, consider things like heat-hardiness, egg production, temperament, noisiness, and eggshell color.

Egg production ranks high on the priority list for most hobbyists, and it, like shell color, varies by breed. Different breeds and crosses will lay brown, white, cream, green, or blue eggs, with a given hen laying just one color of egg. Some people think shell color doesn't matter. They are obviously wrong. A carton of multicolored eggs rules! (Even if they do all taste the same.) Plus, the different colored eggs of a mixed-breed flock can help identify which badass hen made breakfast.

The red tissue atop a chicken's head is the comb. Since tall, showy combs are prone to frostbite, flatter combs are especially advantageous in colder regions. Here in Austin, that's not a problem. So we have lots of options, including many heat-hardy breeds with large mohawk combs that colder climate chickens aren't quite punk enough to rock. Learning a bit of chicken morphology regarding combs and feathering can help identify preferable physical characteristics. Then, searching for them is easy. If you're totally new, check out Chicken People, a documentary about competitive chicken shows that screened at SXSW back in 2016. It's a fun film in its own right, but it's also a crash course in chicken breeds and physical characteristics. Next, sign up for Backyard Chickens – the Facebook of online chicken forums – and pick up a copy of Storey's Guide to Raising Chickens.

And now, for some straight talk. It might seem obvious that only hens lay eggs and rarely (if ever) crow. But if egg production and noisiness matter, and you want a small flock of stable-size, then you want females. Experts can differentiate male and female hatchlings with decent accuracy, but their predictions remain great guesses. If you absolutely do not want a rooster, consider a sex-linked chicken bred for hatchling dimorphism. Alternatively, consider an autosexing breed, like a Legbar, or, of course, adoption. Don't buy fertilized eggs because that's a hen/rooster crapshoot. If you do go with older birds, then some taming might be necessary. Not to worry. You can easily train a new herd of mini murderous T. rexes with a simple slice of watermelon and a pocket of mealworms.