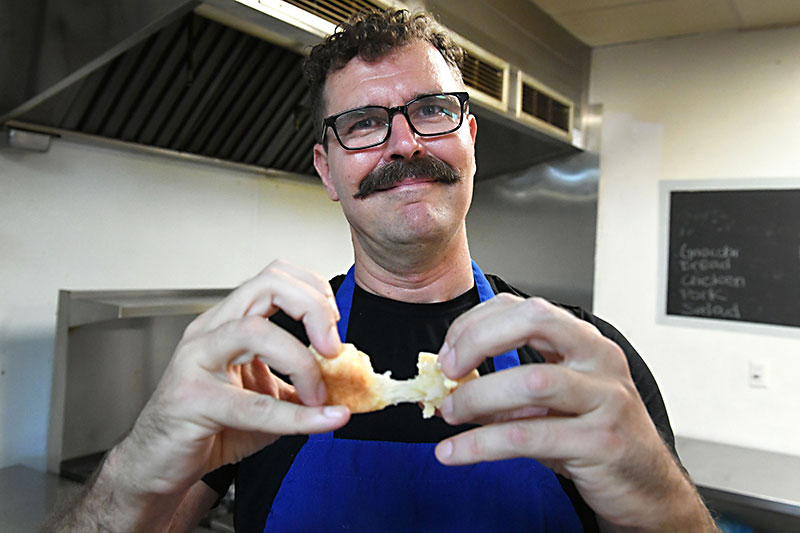 Light and flaky, the Brazilian cheese bread at Lua Brazil molds into irresistibly scented globes as they sit in the portable toaster oven at owner Christiano Prado's market stall. Whiffs of parmesan and spices drift lazily through the tepid Austin air and entice passersby to stop for a bite of breakfast. As they contentedly contemplate their mouthfuls, Prado reveals that they are enjoying a gluten-free treat. Most faces respond quizzically to the claim. How could something so airy and bready be gluten-free?

According to Prado, it all began with a trade embargo.

"About 200 years ago, Europe stopped sending flour to Brazil because they wanted to be independent. So they did an embargo," Prado explains. "So [Brazilians] started to make bread with what they had, which was tapioca. So they mixed it with milk, eggs, and cheese too." Over the centuries, the resourcefulness of Brazilian bakers evolved into something that "unites the whole of South Amer­ica": the ubiquitous and beloved street food, pão de queijo, or as Prado simply calls it, cheese bread. 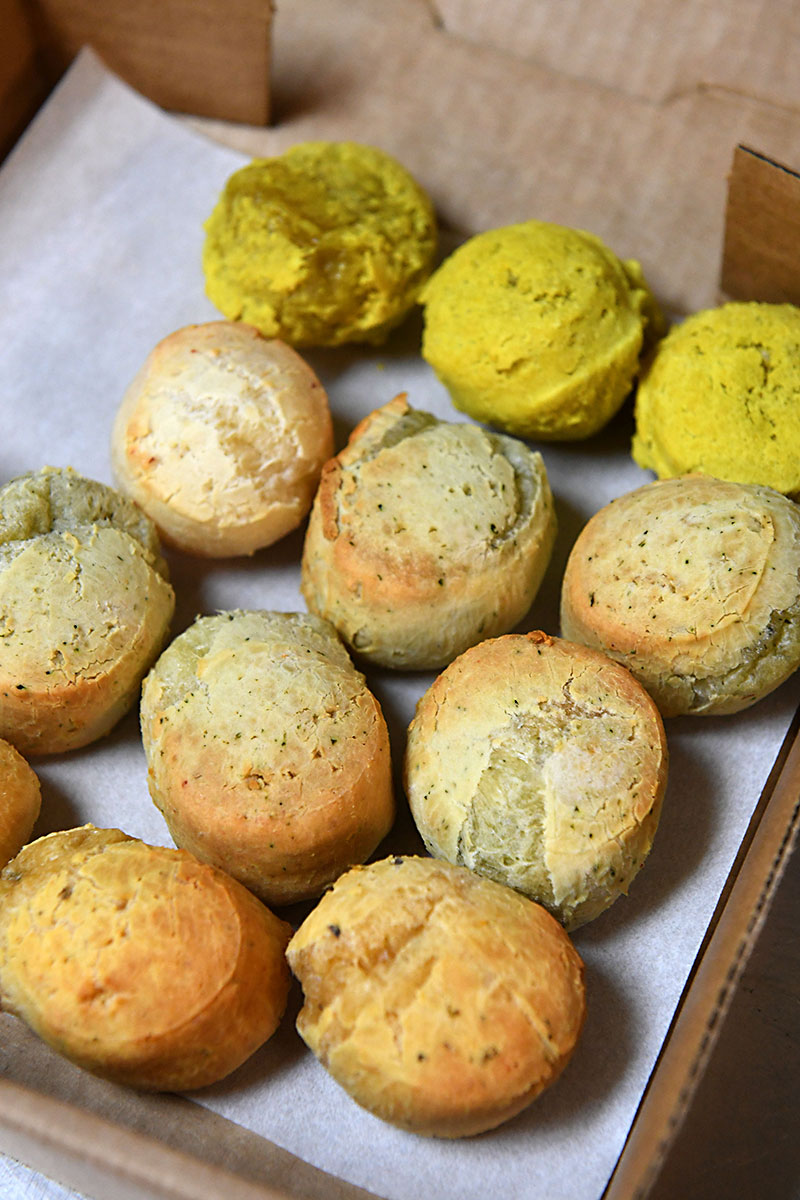 Prado's pão de queijo, however, does have a few tweaks that add a little Texas spice to the recipe. Most notable is the flavor variety. Prado says that "there are a ton of products [in Brazil] that are cassava-based that are super delicious," but cheese bread only comes in one flavor. Lua Brazil expands on tradition, offering five delightful flavors – traditional, pizza, basil, jalapeño, and lactose-free. Anoth­er – French toast – should be widely available at Austin area markets in a few weeks.

Cheese bread is a deceptively complex pastry. "It's a process that is pretty intensive," says Prado, a realization that hit hard when he first began experimenting with cheese bread for his friends. At the time, the former geologist didn't own a mixer. "I was doing it with a wood spoon and a bowl," he says. But Prado persevered through 5am wake-up times and experiments with unusual ingredients until he was able to produce what he calls the "OMG factor."

Prado still has to make a few sacrifices, however, namely resigning himself to a recipe adapted to the American palate. One of the major departures from tradition is in his selection of cheese. "Traditionally it's a cheese from Minas Gerais," he says, but "we use more parmesan here in the U.S." Prado admits, "I think there's more flavor. It's even better, I think."

Clearly, the customers agree. "We sell out everywhere," Prado beams – "everywhere" being most Austin-area farmers' markets, as well as those in Dallas, Waco, and New Braunfels. Still, Prado is the first to admit that "there are some people that don't like it." But he doesn't let the naysayers detract from his efforts to convert Austinites to his cheese bread ministry. After all, he says, "There are some people who don't like chocolate. Not everybody likes cheese, but you know what? I'm fine with that. But people who like it really like it."

A version of this article appeared in print on June 16, 2017 with the headline: The Big Cheese