Do babies belong in nice restaurants? 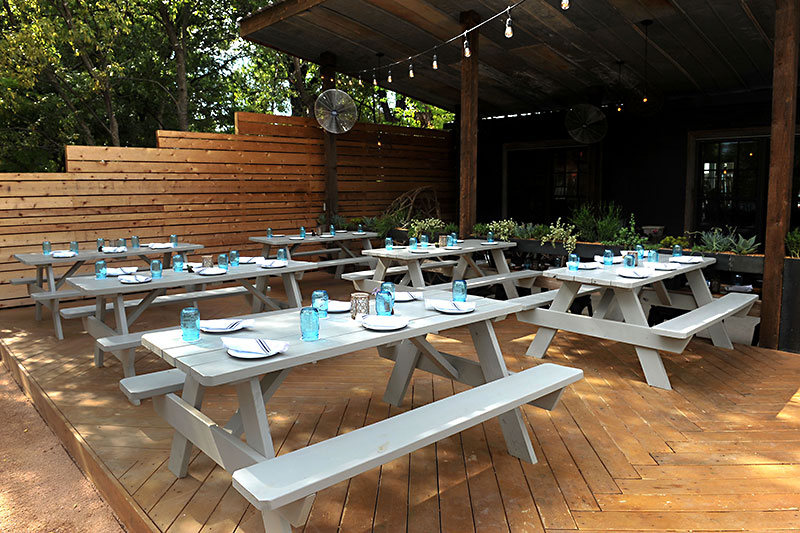 Can you recommend a place to have dinner with our new(ish) baby that doesn't feel too much like a Chuck E. Cheese's?

The issue of whether or not babies belong in nice restaurants has been hotly debated by rude internet strangers for years now, a uniquely pointless op-ed battle over whether we should relegate small humans (and their parents) to the more sticky-tabled corners of the fast casual segment. I can understand perspectives on both sides; parents deserve to leave the house, but babies are not generally celebrated for their command of the social graces fine dining seems to necessitate, given, as they are, to randomly screaming and soiling themselves with little concern for the comfort of others.

As your local restaurant etiquette expert, however, I say bring on the babies. Having babies is an adult decision that, one hopes, is carefully made by two considerate and reasonable adults (or one considerable and reasonable adult and their sperm donor/adoption agency/intergalactic forces who sent the baby to them for protection) which, after they make it, doesn't make them any less like, well, considerate and reasonable adults. We have this weird thing we do in America where we rope each other off into kid-having and nonkid-having territories, as though the two modes of living are so deeply irreconcilable that we can't even begin having a conversation with one another, like the people who have babies should be holed up in their ranch houses complaining about the frivolousness of people without babies, and the people without babies should be at some kind of leather bar at 3am on a Tuesday complaining about the stolidity of people with babies. It's all quite silly.

So that's the bad news. You probably can't bring your baby to a Michelin-starred type joint without attracting a few dirty looks. But the good news is a) who cares, and b) Austin isn't much of a town for overly formal dining anyway. We like our restaurants like we like everything else – trendy, outdoorsy, and full of dudes wearing unnecessary bandannas (a far greater public menace than babies, imo). Options abound, but if I were you, I'd go to Jacoby's Restaurant & Mercantile. There's a free valet, saving you from a long walk lugging the enormous car seat I'm envisioning you owning. The menu is unfussy and satisfying, and I bet your sleep-deprived self could plow through an entire serving of that family style mac & cheese right about now (trust me, you should spring for the bacon). Plus, you can sit outside, which has a beautiful view, and is far enough removed from the action that if your baby decides it's time to scream, you won't be bothering anyone.

Still, I'd like to end on a note of caution, courtesy of my all-time favorite Yelp review, written by an erstwhile young father in Brooklyn who had been removed from a local dive bar for bringing in his baby in an enormous Bugaboo stroller. As the owner of the bar explained to him, people come to bars to get away from their babies. Besides, the baby clearly wasn't 21. The moral of this story is clear: Know your baby's limits, and trust me when I say the dude does not wanna go clubbing with you. 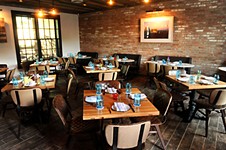 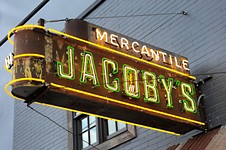