Sarah Velasquez (Photo by Sandy Carson)
“I like making the milk, but I like being able to interact with customers more than anything.”

As a young single mother, Sarah Velasquez became deeply interested in finding food that was healthy for both her and her young son. While experimenting with the Whole30 diet (a diet of unprocessed foods that excludes grains, legumes, dairy, and sugar) she thirsted for a good milk substitute to add to her coffee. She began playing with homemade almond milks, eventually tweaking them to include some favorite flavorings such as chocolate, cinnamon, and even turmeric. Velasquez has worked for years as a barista, hopping between Austin's various artisanal coffee shops where she trained her palate and heightened her awareness of what flavor profiles spoke to customers. Her time as a barista made her aware of the dire need for flavorful, alternative milks that are just as good alone as they are steamed into a hot latte. She began to share her milks with friends, co-workers, and strangers – the response was overwhelmingly positive, and Dulcis Milks was born.

The process for creating almond milk is labor-intensive. Each gallon is made completely from scratch starting with whole almonds that are soaked, processed, and then hand-squeezed to make milk. Her flavorings are unique and delicate, ranging from zingy turmeric-flavored golden milk to a lightly spiced almond milk horchata. Additionally, Velasquez has had to self-educate on food science in order to learn how to make each gallon of milk last as long as possible with all-natural preservatives. However, her favorite part of running her business goes beyond the product. Velasquez sees almond milk as just one component in her holistic attitude toward eating and living well, "I like making the milk, but I like being able to interact with customers more than anything, educate them about the benefits of eating a raw product versus a pasteurized one, and teaching them about ingredients and active components. The education ... that's what I love."

Velasquez works two jobs, and has created Dulcis from the ground up while still parenting her son. There's little time to relax, "I look at my life sometimes and I'm like, 'What am I doing?'" And despite the plentiful resources for female entrepreneurs, there aren't a lot of conversations about how to get a business off the ground as a single parent. "I found a lot of female entrepreneur supporters, but single mom entrepreneurs are something I'm just starting to find. There's not a huge community. One of my goals is to be one of those women who help create that community." Her dreams are big, and include building her following, introducing more nutrition education, and branching out into cashew and macadamia nut milks. Additionally she wants to have her own retail space where she can "do coffee with it, just pour-overs and iced coffees and almond milk."

A version of this article appeared in print on April 7, 2017 with the headline: White Magic 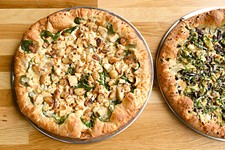 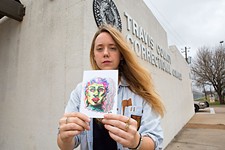