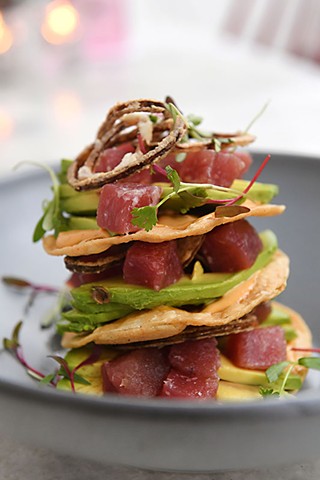 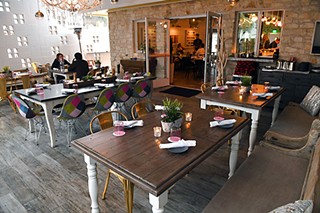 It's not easy guessing what Austin wants in a restaurant these days. The current climate of openings and closings only narrows the formula by a series of contradictions. We Austinites like to think of ourselves as cosmopolitan eaters as long as the food remains accessible. We love to drink as long as it's not from a fussy wine program. We like small plates, but just as often like to complain about their lack of value. It's a shifting proposition, seemingly recalculated after every quarter. The only sure bet is that when a restaurant is deemed hot, we are loath to admit to our friends that we haven't eaten there. 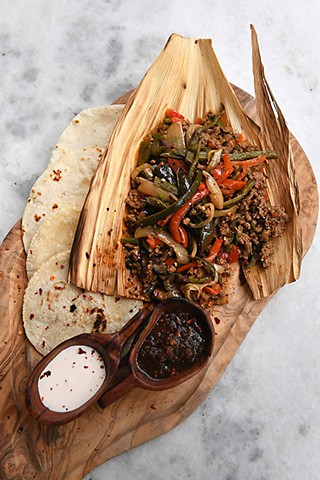 Grizzelda's owner Adam Jacoby seems to navigate that push-pull better than many of the young guns currently on the scene. I suspect that some of that has to do with him being an avid diner. For a period of time, I would see him and now-husband Kris Swift (the designer behind Grizzelda's and Jacoby's Restaurant & Mercantile) at almost every new restaurant I was checking out. I'm sure that pace has slowed now that they are running two restaurants and a new trailer (the burger-focused Jacoby's Just Casual at the Southpark Meadows Little Woodrow's), but they both still seem to approach running a restaurant from the customer's point of view. 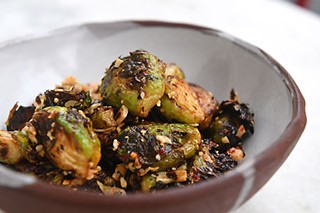 When it comes to the environment, that means that the dining room and adjacent patio are geared toward 2017's click-happy culture. Swift's jumble of patterns and textures may be a bit maximalist for some tastes, but all that peacocking is refreshing in Austin's collage of painted geometry and reclaimed wood. And there's no denying that the atmosphere gets the iPhones clicking. The left and right walls' palm frond wallpaper gives the room a Lilly Pulitzer cheerfulness. Inches away, a high-contrast floral lends moody elegance to a corner nook. Elsewhere, there's marble and tile and distressed wood and gold metal and parquet and granny patchwork and shocking pink glass. It's a lot, but it's leavened by expanses of white. 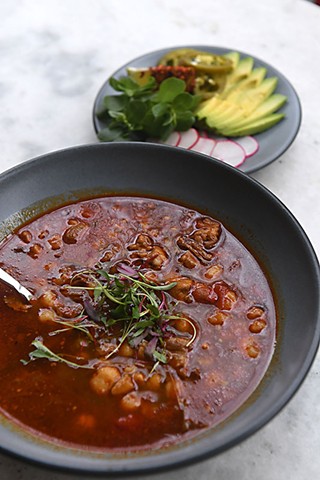 Recently, a crop of Austin hot spots have left it at that – letting the gorgeous space do all of the talking. That's always a danger with restaurants that are not chef-driven, but Grizzelda's finds a middle ground (and besides, Austin needs another New American restaurant like it needs another sound ordinance). Nothing coming out of the kitchen fully qualifies as innovative, but both executive chef Albert Gonzalez (formerly at Apothecary) and chef de cuisine Austin Ewald work comfortably within the vernacular, blending coastal and Interior Mexican with Tex-Mex. It's all easily understood but thoughtful.* 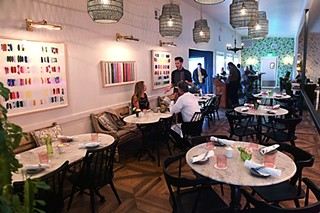 A good chunk of the offerings can be summarized as chips and dips, which is as populist as you can get. The plain guacamole ($9) is a bit heavy-handed with lime, but the "de la casa" version ($11) cuts that with salt from the crumbled bacon and ricotta-esque requesón cheese. The queso ($9) is good if not revelatory; adding picadillo ($3) is a good if now wholly necessary idea. The lavish creaminess of the avocado and aïoli make the tostadas de atún ($18) a study in contrasts, separating the hard crunch of the chips from the soft crumble of the fried shallots. Quotidian and straightforward, the black bean tostaditas ($10) don't break any rules, but there's no point in nachos being prone to rebellion. Still, the fire-roasted tomatoes gently nudged the dish out of the ball park.

Moving on from crisps – the tacos are not deconstructed as you might have heard, but they are plated preciously. The worst offender, the pollo ($13) seems to be taken off the menu (please reserve the ring molds for pastry), but corn husk cradles still preen. Luckily, that doesn't detract from the house-made tortillas (a rarity in these parts) or the strong flavors – especially in the exuberantly spiced picadillo ($15) and the smoldering birria de res ($19), made with dry-aged Jacoby beef. Served in a splayed graffiti eggplant, the verdura taco ($16) missed a few of its marks: its near-black mole not quite gelling with the shredded brussels sprouts. Vegetarians be damned, bring back the deshebrada ($19, but also on hiatus) and its vibrant caper mojo. And besides, everything on the vegetales list – especially the elotes-style street sprouts ($10) and the guajillo tossed coliflora frito ($7) – outshines the verduras anyway.

There are only a smattering of proper entrées. The verduras mole is better served with a brined chicken ($24), the chile relleno ($19) experiments with plantains, and the pozole ($16) makes one beg for an added brunch service. And the tres leches cake ($11) makes a suitable denouement, even if the thought of margarita air makes me shudder. But the frenetic, loud dining room and the charming front-of-house staff give Grizzelda's the feel of a lively beachside bar, not a place for dinner proper.

But in 2017's anxiety swamp, that's probably what we need out of our dining scene – agave spirit-based cocktails like the pisco/mezcal Bad Girl Ri Ri ($11) and the allspice CDMX with smoked rosemary ($13) to make the din louder with each round, chips and salsa to eat by the handful. Turns out that, as always, Austin just wants a patio and a good, strong margarita.

Maybe this guessing game is much easier than it seems.

Note: And, yes, pricey. Normally, I don't really see it as my place to discuss price in reviews other than in the parentheticals. Dining is entertainment, and whether those who can afford it choose to spend a buck on concert tickets or a meal is not my concern. But it does bother me that the accusations of Grizzelda's being overpriced seem louder than the same howls at, say, Eberly. It speaks to how we view the culinary traditions of people of color. The widespread belief that brown peoples' food should be cheap keeps immigrant restaurateurs charging far below what their food is worth. Jacoby comes from relative privilege – and no doubt the money spent on the interior and on employing trained chefs helps with the ability to eke out a little more margin – but I wonder how many of the people on Yelp decrying the prices have any inkling of who runs the place. The fact is that a Oaxacan mole is as difficult to get right as any French sauce, requiring dozens of ingredients. $24 is perfectly reasonable for a chicken dish featuring it, and few would blink at the same price for coq au vin. Assigning more worth to food the closer it gets to whiteness is bullshit.