Asian inspired bar food that just happens to be vegan Although the Great Y'all does make their own version of the ubiquitous golden milk, it makes no health claims, instead describing themselves as "Asian inspired bar food." It's only with a second glance at the menu that one would realize that it is vegan at all. Helmed by Jenna Ryan and Beth Davidson, both former cooks at Mother's Cafe & Garden, the truck offers a thirsty mop for the damage done in the nearby 12th & Chicon bars without unnecessarily adding to your hangover guilt. 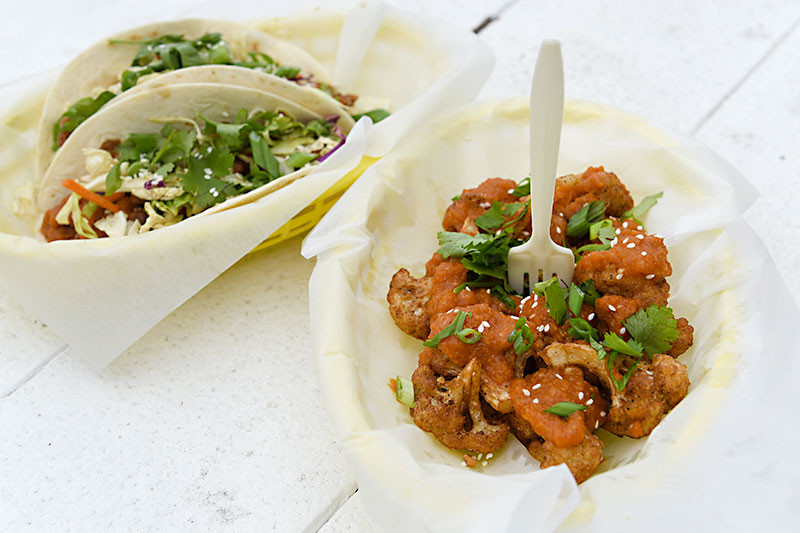 As bar food, fried food naturally makes up much of the menu. But nothing we sampled had much in the way of clinging grease. The fried spring rolls ($3) are basic in the best way (you won't notice a difference from your favorite) and the gobi wings ($6) stand up against the many versions that are popping up around town. Samosa wontons ($7) feel lighter than their non-fusion counterpoint, and a few scattered raisins add some nuance to the potato and pea mix. The same bubbling skins are used for the rangoon ($7), but the filling was less pleasing. The taste was no problem, with roasted red peppers and the sweet-sour sauce giving plenty of brio, but the cashew tofu substitute for cream cheese was a touch gritty. The addition of jackfruit, a stand-in for crab in many recipes, would have been a welcome textural distraction.

Jackfruit is one of the few meat substitutes that I have any fondness for. Yes, it is texturally one of the more convincing simulacra for meat, but I especially like it for its mild fruit salad taste that lends itself to a variety of sauces and condiments, especially those with a fair amount of pepper, like barbecue sauce or gochujang. In a scallion pancake roll-up ($8), the Great Y'all spices it similarly to bulgogi and gives it a good sear. It often stars in the bao ($8) too, but on our visit the buns were filled with slices of fried sweet potato and pickled mustard greens, pleasantly living up to the "Y'all" in their name. 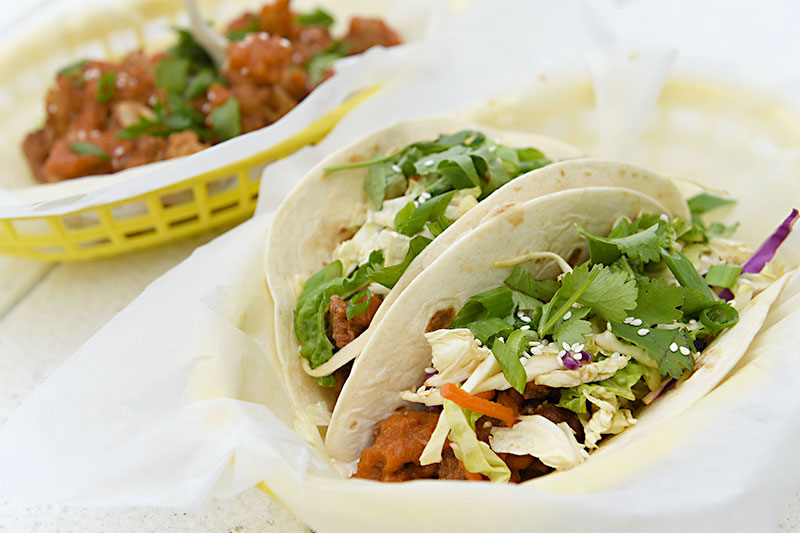 The only real complaint I have is that the Great Y'all relies on thunder. Their Indiegogo page in 2015 pictured a few more delicate options like zucchini noodles with quinoa balls and a Chinese broccoli stir-fry. After a drink or two at Rio Rita or King Bee, most folks may want something from the fryer, but sometimes a fresher item or two is great before the drinking begins.