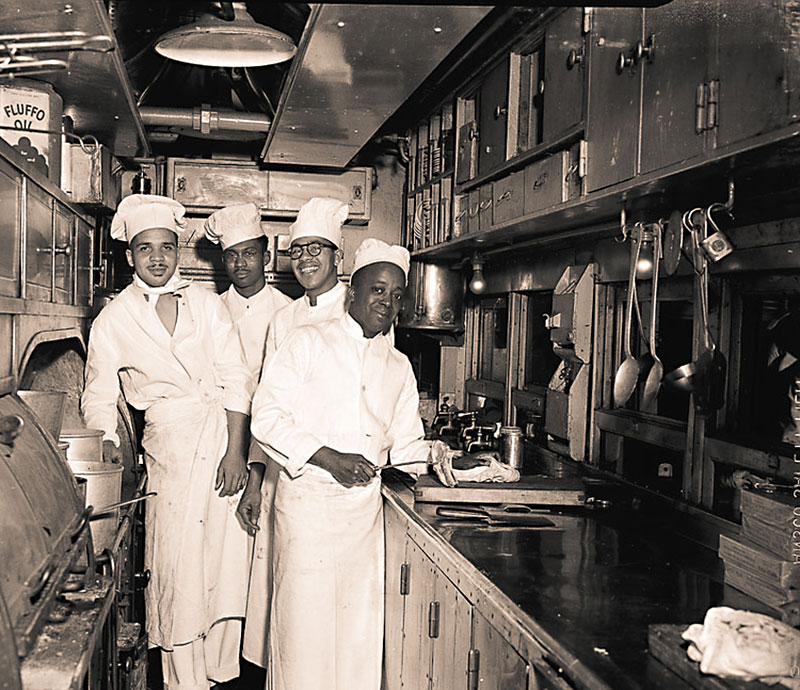 Austin may not have as many black-owned restaurants as Houston and Dallas, but the Central Texas timeline is rich with African-American involvement in the food industry. A new photography exhibit, "Taste of Black Austin," aims to showcase the past, present, and future stories of Austin's black chefs by exploring cultural foodways. "Food has always been a vehicle for bringing people together and building community, and that's one thing we're really trying to push in 2017," says event organizer Hakeem Adewumi, communications manager of nonprofit organization Greater Austin Black Chamber of Commerce. "Our organization is really about revitalizing the community. We want to help shape the narrative to help drive and increase black economic success in Austin. African-Americans have been cooking in the kitchen for as long as we can remember, and we want to make sure that we create a program that highlights how this can be a sustainable business."

Adewumi partnered with the Austin History Center to curate a photography exhibit of Austin's black food businesses from as far back as 1870. "Guests have the opportunity to see the photos and read stories from families, and get some context about black farmers and restaurants. In our research we discovered one of the first black businesses in Central Texas was a restaurant listed in the census in 1885, and it was originally owned by a black woman."

While guests take in those visuals, they'll enjoy bites created by a who's who of Austin's favorite black chefs. Starting with biscuits, a beloved and integral soul food staple, every eight to 10 minutes a new hors d'oeuvre will roll out, paired with complimentary wine and spirits. "We wanted to curate a menu that spoke to the history of Central Texas. A lot of times Texas foodways are thought of as Tex-Mex and Latin, German and Czech, and we often don't highlight African-American comfort food and soul food."

Who better to give perspective than local food industry movers and shakers? Adewumi rounded up an excellent list of Central Texas chefs and food experts including Sharon Mays, founder of Baby Greens; Iba Thiam, co-owner of Cazamance; Hoover Alexander of Hoover's Cooking; Demmerick Johnson of Old Thousand; and Shontae Moeller of La Gris Gris food trailer. When he first reached out to Tavel Bristol-Joseph, pastry chef at Emmer & Rye, they spoke for an hour and a half. "I was really encapsulated by his story, his journey through food and through life, coming from Guyana. He told me about his grandmother baking cookies and pies and cakes, and how he's traveled across the world for food. I knew we had to be sure to have a component in this event that tells the story of these black food professionals."

In addition to honoring the long legacy of Austin's African-American community, the evening will be focused on conversation and community. "We want to call attention to the wonderful black entrepreneurs we have here, and hopefully bring more business to these chefs. We want to circulate economic power back into these businesses. The food industry here in Austin is very powerful, with about $4.1 billion in business each of the last two years, and we want to be sure that the African-American food network and industry is – no matter how large or small it is – getting a good portion. This is a way to start that conversation," says Adewumi. "I think that's where change happens – in those conversations. That's where inspiration happens and where people begin to find values aligned."

A portion of the proceeds will go to Urban Roots, a local nonprofit focused on supporting youth through fresh food and farming.

Tue., Jan. 31, 6-9pm
Peached Social House, 6500 N. Lamar
www.tasteofblackaustin.com
A version of this article appeared in print on January 27, 2017 with the headline: The Personal Is Edible 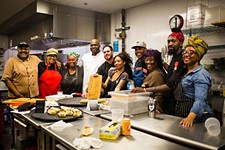