What to eat at the end of the world 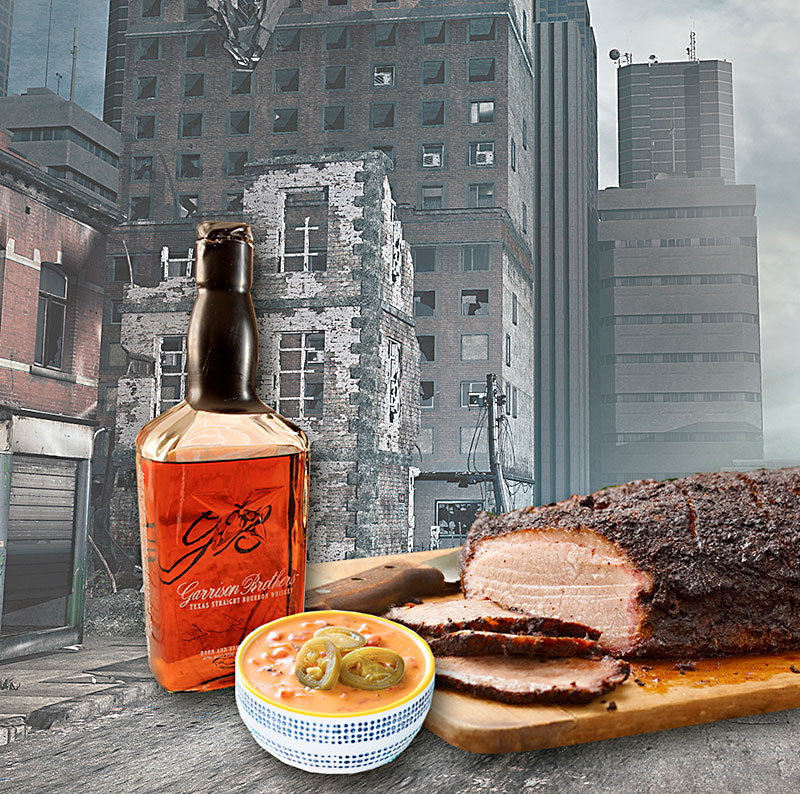 Where's the best place to go for an end of the world, credit limit and waistline testing, ultimate culinary blowout? If I'm going to reform in 2017, I want to really do something worth reforming for first.

Ah, gluttony. Of the seven deadly sins, it is – as you might imagine after casting your beady eyes over the title of this column – my favorite. Well, that and slothfulness. And lust, but this is, after all, a family paper, so we won't get into that right now. But I have to say, as an experienced, gluttonous sinner, this is right in my wheelhouse, and I'm ready to help.

Our culture's relationship with healthy food as a source of punishment is something I've always had a hard time understanding. As much as I love runny cheeses and bacon (and I really, really love runny cheeses and bacon), the idea that some foods are inherently bad and sinful, while some are virtuous, strikes me as uniquely dysfunctional. So I don't know if I can endorse the idea of your embarking on a year of asceticism after you've enjoyed your feast. Eat as much kale as you want, roast some brussels sprouts and squash with a nice miso vinaigrette. Freekeh, I hear, is going to be very trendy this year. But, you know, maybe have a slice of chocolate cake for dessert. It's all about balance, isn't it?

Still, I think that an end of the year feast is a great idea. Most cultures have a year-end feasting tradition. The Japanese usher in the new year by eating Osechi-ryōri, beautiful little composed wooden boxes full of jewel-like slices of sashimi and fermented beans of all types. In Iran, they celebrate Nowruz with enormous amounts of cookies, sherbets, and aromatic green rice with fried fish. In New Orleans, and in my family, we eat collard greens, gumbo, red beans & rice, and cornbread for good luck and prosperity in the year to come. So as appealing as the idea of sitting around alone in your underpants downing slow-cooked ribs sounds (a method of celebration I wholeheartedly endorse for less festive occasions, not forgetting a couple of cold bottles of a good IPA), if you really want to do your year-end blowout right you need to assemble your nearest and dearest for an epic, Babette's Feast-style communal meal. And, since this is Texas, I think the best move here is to drown the sorrows of a difficult world in queso, barbecue, and an enormous amount of high-quality whiskey. Throw in a few Lone Stars to wash it all down, and you've got yourself a deal.

Way out east in a tiny trailer in the parking lot of a gas station, Kinfolk BBQ has some of the most underrated brisket in the city. They make their own sausages, too. Tiny and red and crispy-skinned, bursting with pork fat, and the sides, the best of which are the baked beans and coleslaw, aren't bad either. If you call in advance, they'll make you enormous to-go trays of everything on the menu; but be warned, it's cash only. On your way there, pick up a case of Lone Star, and a couple of bottles of Texas whiskey. In 2017, fingers crossed, you'll be able to go hyperlocal with a couple of bottles from South Austin distillery Still Austin Whiskey Co. But the Garrison Brothers, who operate the oldest legal distillery in Texas, also make a pretty mean bourbon. Welcome your friends at the door with Old Fashioneds, which will go well with the few gallons of queso you'll pick up from your favorite local spot. I'm personally a fan of Torchy's, but I'm a traditionalist. As the night goes on, you'll drink more whiskey, crack a beer, and open those glorious tinfoil containers, licking barbecue sauce off your fingers, sharing stories, and looking forward to the year to come. 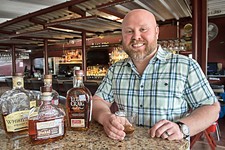 Single Barrel Whiskey for the Right Price at Jack Allen's Kitchen
High-quality, approachable whiskeys to get you out of your comfort zone