Get blitzed in style 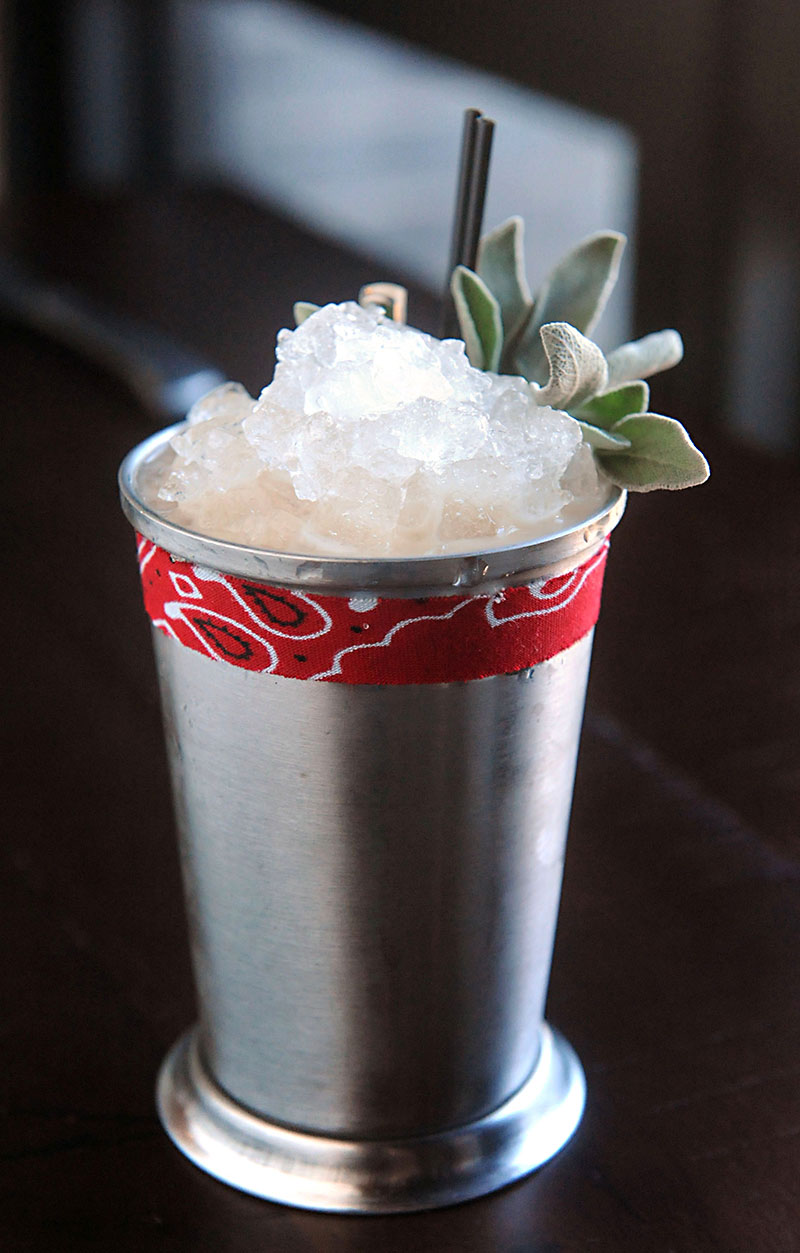 At barely one year old, the gleaming restaurant inside Hotel Van Zandt houses one of the buzziest bars in town, drawing crowds with its proven formula of live music, refined New American cuisine, and Austin-themed crafted cocktails. It doesn't hurt that their Far From the Tree was named Austin Food & Wine Alliance's Official Drink of Austin.

This handsome eatery doesn't just tickle with an innovative and polished approach to northern Italian cuisine. They also curate a selected list of cocktails that integrate many Italian liqueurs such as Gran Classico Bitter, Amaro Meletti, and Cynar. With a culinary focus on blending old-world techniques with Central Texan flair, the bartenders too have no qualms about highlighting tequilas and whiskeys.

Of all of VOX Table's wildly creative drinks, their brunch cocktails continue to make the deepest impression. They have perfected the art of getting folks day-drunk with vibrant, refreshing drinks and indulgent brunch plates to soak up the sins. VOX Table also wins with humorous cocktail names like Sweat Pants With Uggs, a Scotch and pumpkin-spiced cocktail that's anything but basic.

Best known for their farm-focused philosophy, Barley Swine's seasonal, locavore approach translates just as smartly to their drinks. There, bartenders play with ingredients – grilled tangerine, beets, and clarified milk – that are more commonly seen on the plate than in the coupe glass. And to appease more staid types, they also feature two barrel-aged selections that give nods to the classics.

Spanish-style tapas and fortified wines are the mainstays at this cheerful hangout on Airport Boulevard. Sherry and vermut are ideal pairings with the umami-ful nature of Spanish ingredients like jamón Ibérico, caramelized soffritto, and fresh seafood, so it's no surprise that their best cocktails also showcase the bold and delicate aspects of those spirited wines.

Dimly lit and tranquil, this cozy nook provides the ideal atmosphere to decompress from the day before transitioning on to the theatrical dinner ahead. The drinks, both alcoholic and zero-proof, all maintain a delicate balance that does not overwhelm the palate. Asian flavors like matcha, yuzu, and sakura bring subtle intrigue that make the cocktails go down dangerously effortlessly.

Hidden at the AT&T Center, the Carillon is often unfairly overlooked. For one, their seasonal menu is hardly corporate, sourcing ingredients from nearby farms and ranches. Better still, their classic cocktail program has been fine-tuned to a science without carrying an ounce of pretense. The quieter environment makes for ideal dialogue, especially for those who want a properly built drink without the need to see and be seen.

Every time I stop by this cocktail institution for "just drinks," I find myself progressing on to snacking, and eventually dining. So I'll just call it what it is. While it's no secret that Péché continues to shake and stir up some of the most consistent pre-Prohibition drinks in town, their offering of rich brasserie favorites like escargot and moules frites keep it on the scoreboard.

Since opening the bar section up for bar bites and drinks, Counter has become more approachable for those who wish to wander in without committing to the upscale prix fixe. The three-course menu is now priced at $30 at the bar, accompanied by an extensive wine list and a tight collection of thoughtful concoctions. Just like their tweezered plating, the same attention to detail applies to the cocktails too.

For those thirsty for outside-the-box beverages, Chicon holds no bounds on its creative liberty. To pair with their playful dishes designed for sharing, the cocktails take an unconventional route. Reading the menu alone, it's difficult to imagine how the unlikely ingredients like chai, whey, and smoked pumpkin work together, but somehow they always make it work.