Tastes from the East in Austin 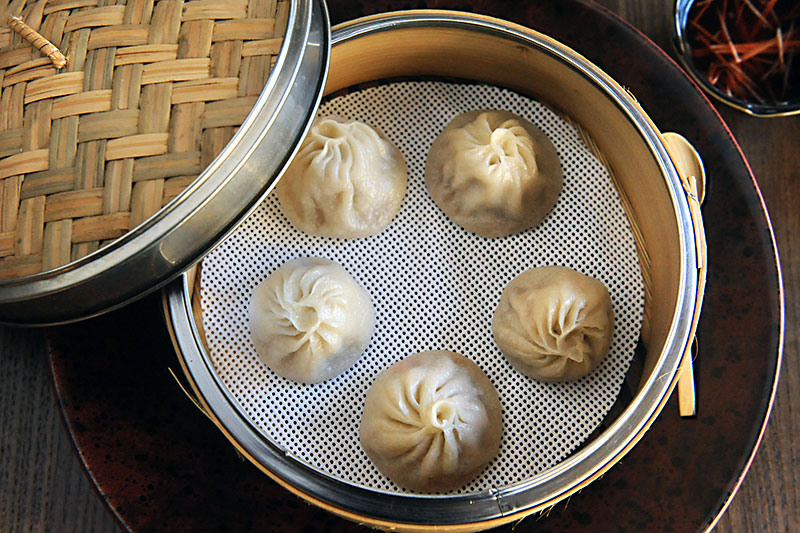 Undoubtedly the most legitimate izakaya to ever hit Austin, Fukumoto takes the popular Japanese gastropub-like concept to elevated heights. In addition to their ever-changing fresh sheet of seasonal small plates designed to pair with saké, their menu also features exceptional yakitori (with all the odd bits that hearts can desire – including chicken tail) and premium sashimi and nigiri.

From East Austin food truck to Rock Rose brick-and-mortar, Thai Changthong's "O.G. Thai" concept has gone through quite an evolution. But time has shown that his bold cooking is just as well-loved in the new expansive space. While the truck continues to dish up booze-friendly nosh, the restaurant is a popular lunch spot that also offers much more complex dinner selections. No matter what you do, get the boat noodles.

Definitely worth the trek up north, this stylish family-run establishment specializes in revamping Asian comfort favorites. The menu cleverly balances traditional Korean plates like colorful hwedupbap and homestyle steamed whole fish with pan-Asian dishes given a familiar American spin. Their saké list is hard to beat.

Tucked away in a strip mall, this unassuming location is a haven for Japanese food enthusiasts with a sleek, sultry interior that is a stark contrast to its big-box-store surroundings. Soto has a knack for combining luxurious ingredients without making it overworked or tacky – take otoro sashimi on shaved truffle with a wild mushroom sushi rice risotto as one unapologetic example. Thoughtfully prepared maki, noodles, and other approachable dishes are no less decadent.

Seasoned restaurant veterans, including an Uchi alum, launched this new kid on this revitalized Eastside block only a month-ish ago. And already, this rebellious Chinese eatery is slammed with trendsetters. Even as they work out their kinks, it's already clear that they are challenging and shifting Austinites' relationship to Chinese cuisine. Expect playful spins to hyper-regional specialties like Cantonese clay pot rice with pork belly and duck confit.

With tickets in hand, diners are transported into another land upon walking up the narrow staircase and entering through the inconspicuous doors. The bar, slinging precisely crafted cocktails and equally impactful mocktails, is a hideaway that beckons early arrival. Chef Yoshi Okai, both energetic and grounded, interacts with guests along the 12-seat counter as they enjoy a masterful meal that weaves Tokyo-style sushi and Kyoto-style kaiseki. It's the next best splurge to actually flying to Japan.

In what feels like no time at all, Wu Chow has earned its mark as the household name for upscale Chinese dining. Wu Chow was first to break the price ceiling that has held the quality of Chinese cuisine back in Austin. They challenged diners to discard their misconceptions that Chinese food should be easy, cheap, and well, kind of dirty. Instead, they honored their roots and presented honest food with ingredients that they can stand behind. We don't mind opening our pocketbooks one bit.

What else can I say about this empire that hasn't already been said before? What continues to put these pioneers on map after map is that they're constantly pushing the envelope. Unwilling to ride on their well-earned success, the Uchi team continues to set a high bar for contemporary Japanese cuisine. From the looks of it, they're not about to slow down anytime soon.

I'll probably get some sass for featuring this French-Vietnamese cafe-slash-boulangerie because it's not "authentic" enough for some. But the truth is, some people's concept of "authenticity" needs a lot more unraveling. Elizabeth Street has a kickass breakfast, delicious dinner offerings, and damn tasty pastries. Don't like spending a pretty penny on pho (because OMG you traveled to Vietnam and spent $2 on the best pho of your life)? I'll gladly take your portion.

While not full-service eateries, it felt important to squeeze these two excellent food trucks onto the list. Dee Dee showcases soulful northern Thai specialties such as a fiery larb moo and an herbacious om gai that's perfect for a cold day. Meanwhile, Le Vendeur dishes up casual Vietnamese fare with heart, including arguably the best bánh mì in town.