Raising a glass to the year in beer 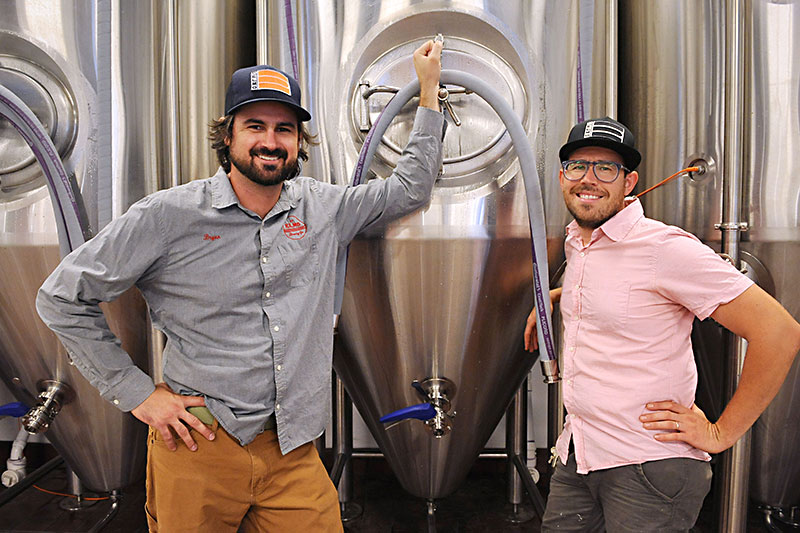 In a relatively sparse year for new brewery openings in Austin, the slick and freshly molded St. Elmo Brewing Co. bangs the drum for enterprising upstarts in 2017 as a model of all that is current and creative in craft beer. As former Austin Beerworks staffers, St. Elmo founders Tim Bullock and Bryan Winslow bring their keen and discerning palates to South Austin with a stylish taproom reminiscent of an underground stop on the Piccadilly line and a spectrum of thoughtful beers, including this fanboy's favorite: Angus Dry Irish Stout. Worth mentioning are the clever plates designed by permanent food truck tenant, Soursop.

You might have heard that the Texas ABC are being total jerks right now, dissolving the power for Texas brewers to sell their distribution rights for profit (instead, giving them away to the mighty distributors to profit from or sell amongst themselves) for the lifetime of the brewery. That's a long time. The TABC also determined canned growlers, colloquially known as "crowlers," are considered illegal distribution of goods and confiscated these little novelties from unsuspecting bars and coffee shops around the state. In 2016, both of these injustices were struck down in court in favor of the beermakers and beer sellers, forcing the TABC to buckle to completely reasonable practices. But wait; the petulant TABC is currently appealing these rulings. Stay boned, craft beer fans.

Surely the ABGB detonated some poor, sucky brewery's dreams for victory at the GABF awards presentation in Denver, Colo., this past October; the nation's largest gathering of lardy beer industry types hoping for just a sliver of recognition for their demanding booze work. The ABGB became the most decorated Texas brewery of 2016, winning a gold medal for Industry Pilsner, a bronze for Hell Yes Helles, and coronated as the Large Brewpub of the Year. In the whole America. This was the first Austin brewery to ever take home that crown.

Sure, Live Oak was great before, with their finely crafted German lagers and funhouse-style brewing setup, but this elite Austin brewery was typically on the base model end of the Austin taproom taxonomy based on there not actually being one. That was until February of this year, when Live Oak debuted their shiny new facility on the north runway of Austin-Bergstrom airport, allowing the brewery to increase production, including canning their legendary Pilz and HefeWeizen beers.

Quietly, Alamo Drafthouse has expanded their emphasis on brew through one of the most vocal beer champions in Austin, John Gross. The storied movie house has begun a series of symposiums called Six Pack Stories, hosted by Gross, which organizes a panel discussion of beer industry leaders as they discuss small beer's impact on Austin and beyond. Along with that, Gross has arranged collaborations with notable breweries like Stone (a jalapeño and pineapple pizza flavored beer brewed with Ninja Turtles co-creator Kevin Eastman) and Independence for special offerings sold during showtimes. Alongside Gross is Adan De La Torre, the beer program specialist for all five (soon, six) Alamos in town, making sure that each is up to the demanding palates of bearded men and women.

Like that foreign exchange student in Ms. Wamboldt's third period Bathroom Lit class who seems far too developed to be an actual high school student, Oskar Blues burst onto the Austin beer scene with their mature bodies, street-wise awareness, and feverish admirers. Their taproom is impressive and jovial, as the financing behind the massive project is on full display from the craft beer giant. Stay woke for their "make your own michelada" bar and rotating list of local musicians that play at the brewery often.

Austin is so hipster, we like beer that hasn't even been brewed yet. When Hops & Grain went live on a Wednesday in June with a crowdfunding campaign for a San Marcos branch of this beloved Austin brewery, by Friday it had met its financial target of $200,000. A short two months after that day, the brewery hit the $1 million mark. Founder Josh Hare says that the new Hops & Grain chapter near the Texas State campus will allow for the brewery to double its production while also being 100% wind powered. The brewery hopes to be open by October of 2017.

Hey, 2016 was a pretty rough go, notably because it was the year that cargo shorts took the horrible L and maybe some other stuff too that I'm not remembering. One especially shitty thing was the number of craft breweries who sold out to Big Beer for a bit of ego stroking and yeah, mega profit. That reeeally isn't the case here, but still pretty significant in that Independence lost its (ahem) indie cred by selling off some of its stock to, let's face it, a pretty big beer conglomerate in Lagunitas (who is 50% owned by Heineken International). In doing so, Independence was able to buy equipment to keep up with their rapid growth, but in turn, their Texas Craft Brewers Guild membership was relegated to "associate member," stripping the brewery of voting privileges and restricting them from partaking in the TCBG's legislative agenda.

Hey, Jester King gave us real bathrooms this year! And oh, by the way, crafted perhaps the most special beer ever made in Texas, SPON Méthode Gueuze, a spontaneously fermented beer which took nearly four years to make through the process of blending multi-year batches of lambics into a harmonious treat of fuss. And fuss did people do, flocking to the farmhouse wonderland to buy the very limited beer. But wait ... here come the vitamin C-loving beer hordes for Jester King's upcoming fruited SPON release: peach/apricot and raspberry/cherry. Good luck.

We must be utterly needy to the folks at Austin Beerworks because they keep finding ways to improve our quality of life as Austinites. First was a splashy announcement in January of their imminent Avengers-Mansion-experience-center-beer-HQ. Then came the sudden dispensation of beautifully trimmed canned seasonals in Bloodwork Orange IPA and Montecore Märzen. And only just the other week, they briefed the city on the very interesting news that their extraordinarily popular Sputnik Russian Imperial Coffee Oatmeal Stout will at long last appear in cans this holiday season so that one can now drown out the bedlam of home life. You bring us so much joy, ABW.