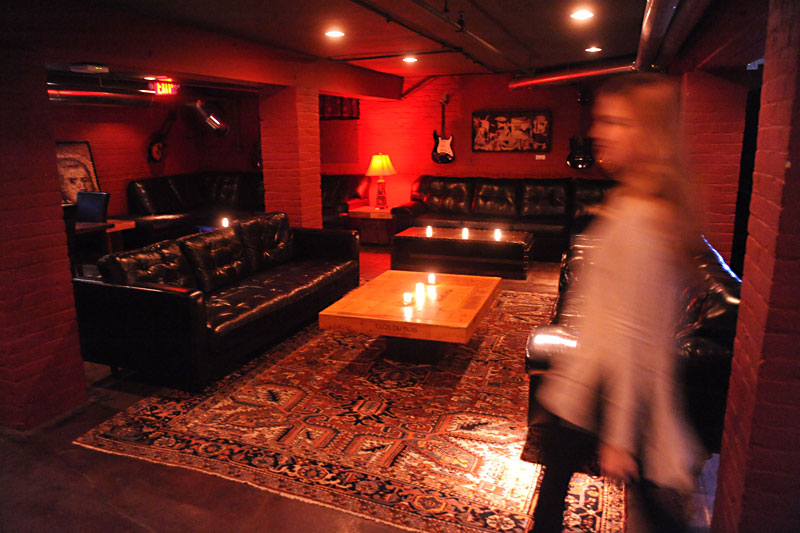 I guess I really should have taken the entreaty more seriously. It's not like it's a usual thing to run across a ghostly "help" scrawled on the Driskill's elevator door (or more precisely "heIl" trailing downward with only the suggestion of the last P's final curve). It looked like grease. Yes, it was almost certainly grease – some drunken guest wandering around with filthy hands after the evening's barbecue-centered events. Grease, not the ectoplasmic hands of some damned porter killed in those very halls.

Like any person reasonably fond of saying "pshaw," I don't believe in ghosts. But, nonetheless, I have been unreasonably afraid of them since a childhood viewing of The Watcher in the Woods – a movie with no ghosts at all. (I was a colorful child prone to making my own interpretations and Bette Davis has to be at least partially supernatural, right?) Never one to have much in the way of sense, I naturally seek out scary movies, dark corners, and places where ghostly "help"s appear on doors.

Unfortunately, "clean" and "modern" are buzzwords in the hospitality industry, not "creepy" or "weird." Although in my day-to-day as a food critic and editor, I've run across a few rooms that could be described as ghastly, I have never run across a wraith intent on stealing my soul. Obviously, this had to change. So armed with two ghost-hunting apps (Ghost Radar allows ghosts to communicate with you one word at a time; Ghost Locator gives you their stats), an appetite, and a vivid imagination, I visited the bars and restaurants with the most hair-raising reputation in hopes of going bump in the night. The results of my paranormal investigation may chill you to the bone.

SUPERNATURAL STORIES: Rumor has it that the lounge sits on the former location of the City of Austin morgue (a claim I never verified because Google searches are the enemy of pseudo-science). According to the wine bar, staff members have experienced flickering lights, music turning on unaided, and a large metal door (said to be the door to the cremation room) opening on its own. One electrician even refused to return to the job after seeing an apparition.

SPOOKY SNACKS: The charcuterie board ($20), even if it doesn't come with blood sausage.

GHOST LOCATOR: Within a couple of minutes, I ran across Patrick, who died in 1990 from a hurricane (assumably the Galveston disaster). I think the excited green squiggly line on the right side of the screen meant he was asking me out, so I respectfully let him know I was already seeing someone.

GHOST RADAR: Patrick kept saying "William" over and over. I was in no mood to clean ectoplasm off my shirt after a phantasmal threeway.

SUPERNATURAL STORIES: Owners Justin Lavenue and Dennis Gobis say a hooded figure likes to hang out near the stairs of the event space. Servers have reported seeing a male figure walking up to the next floor or into the beer room. Although some of the Roosevelt Room staff will not visit their sister space in the wee hours, the owners think it's just someone who "wants to keep the party going."

SPOOKY SNACKS: Sweet and spicy nuts ($5), in honor of you losing your mind with terror.

GHOST LOCATOR: Since there were no events going on at the Madison, I decided to sit really close to the dividing wall at the Roosevelt Room. There, I met Jason who died in an earthquake at 37. I couldn't be sure, but I think he was wearing an "I'm With Her" T-shirt.

GHOST RADAR: Jason was a little more verbose, spitting out "circus," "pressure," and "breathe" in rapid succession. Apparently, even the non-living are stressed out by 2016. 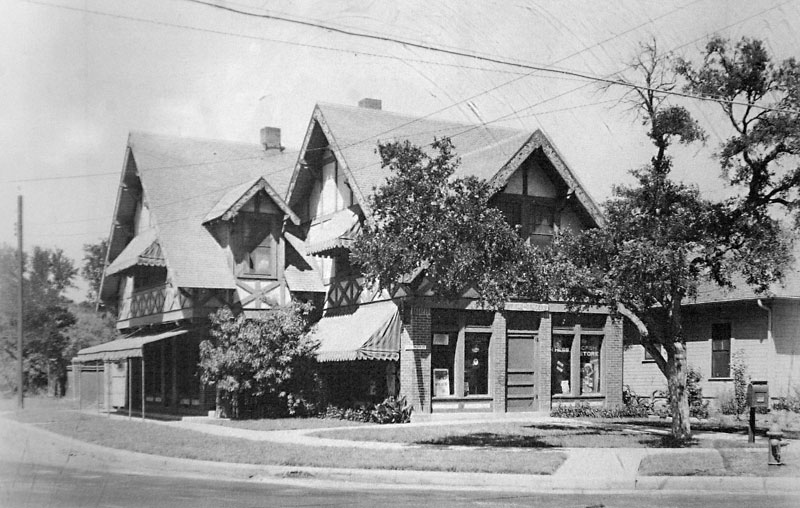 Less beer, more brothel: The Tavern as it was in days of yore

SUPERNATURAL STORIES: As with all Tudor-style buildings, the Tavern is said to have once been a brothel where Emily, a young prostitute, was murdered by soldiers. Over the years, guests have reported a few manifestations, especially near the restrooms. Our attempt to say "Bloody Mary" three times in the darkened WC was interrupted by a confused patron who was just there to watch the game and, frankly, didn't have time for my shit.

GHOST LOCATOR: Salacious spectres popped up on the app screen in rapid succession, first Harvey, then Richard, then (aptly) John. Like the Madison's Jason, John died of "earthquake." Fracking has had a profound effect on the afterlife.

GHOST RADAR: "Five," then "dot." In her later days, Emily has clearly taken up playing bingo.

SUPERNATURAL STORIES: Pizza? More like creepza. The Oak Hill mainstay has regular reports of mysterious footsteps and spiritual sightings. Over the years there has even been poltergeist activity with various objects being thrown to the floor – allegedly the work of John Dudley White, who returned to the house after his death seeking his wife Rosa.

SPOOKY SNACKS: The Tchoupitoulas pizza ($22), but mostly because it is just fun to say.

GHOST LOCATOR: Like at the Tavern, Garry, Kevin, and Troy appeared in short order. I'm starting to think that the app might be a misogynist.

GHOST RADAR: One of the three dudes seemed to be obsessed with Nineties sitcom Martin, keeping the word on the screen for an inordinate amount of time. I liked Living Single better, but whatever.

SUPERNATURAL STORIES: The long-running Indian restaurant is always throwing a party. Unfortunately for the easily spooked, the source of all the revelry often can't be seen. The clamor no doubt does nothing to soothe former owner O.R. Bertram's son, who purportedly decided to stick around after dying of typhoid fever. His plaintive cries can still be heard amidst the vaults.

SPOOKY SNACKS: Chicken vindaloo ($14), which you can call vindaboo if you want to alienate your date.

GHOST LOCATOR: Still no ladies, but William appears to have followed me from the Red Room. He died from burns, probably sick ones from Patrick, who gets a bit of an attitude when he's drunk.

GHOST RADAR: "Beyond," which seems a little too on the nose if you ask me.

A version of this article appeared in print on October 28, 2016 with the headline: Our Favorite Haunts