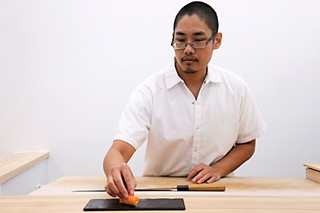 Seinfeld's Soup Nazi may have written the book on food purism, but chef Otto Phan is adding a few new chapters. Sure, there's no hollers of "no soup for you," but one can't help thinking of the fictional character's abrasive take-it-or-leave-it approach to extraneous elements like ambience and service from the moment you step into Mueller's upscale Kyōten Sushiko. 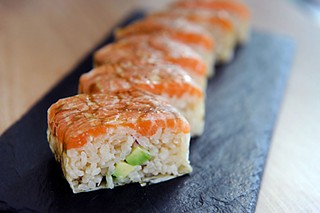 After honing his craft at big names like Nobu and Uchi, Phan built a following at his Eastside sushi trailer before reimagining it on a grander scale. Now priced at $150 per omakase (tax and tip included), the restaurant tries to telegraph luxury from the moment you see the gleaming letters on the exterior stone slab. But when I strolled in expecting some sort of special greeting (a glass of saké would certainly have been nice), I instead stepped into confusingly stark silence, facing only an empty dining room filled with low stools and stacks of takeout containers. My guests and I stared apprehensively, whispering "I hope other diners are joining us." 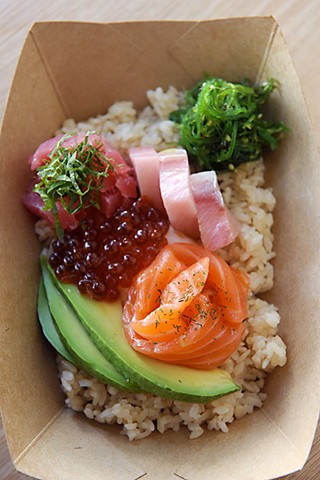 Soon, our lone server appeared, leading us into another soundless, minimalist white room decorated only with a framed photo of the food trailer. Eight seats wrap around the sushi counter, where a couple celebrating a birthday took their seats next to us. We began awkwardly making small talk in what felt like a sensory deprivation tank. Phan explained that he's sensitive to sound so he muted the room, which was fine, but I was praying that he would at least chat with us. Instead, he often met our questions with abrupt responses that discouraged dialogue. As he placed one piece of beautifully made nigiri after another onto our plates, his sometimes prickly demeanor made the room tense. In some culinary version of Stockholm syndrome, we had to make quick friends with the couple.

Luckily, the food gave us something to talk about. In his presentation, Phan selected exceptionally high-quality seasonal fish. Each of the 20 courses, 14 of which were nigiri, were distinctly impressive. By experimenting with curing fish in the trailer, Phan has now refined his technique to a science. Umi masu (Tasmanian ocean trout) was cured in seaweed, resulting in a smooth creamy texture and an oceany sweetness. Meanwhile, akami (lean tuna) preserved in salt for two weeks successfully removed any trace of an iron aftertaste. Each piece was matched with one of three preparations of carefully seasoned rice – at times a touch warmer than body temperature, but that was not noticeably unpleasant. 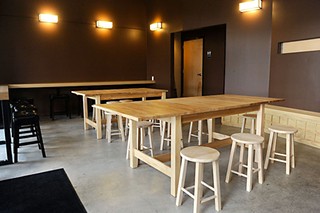 Every cut and score was executed with care, from the more familiar aji (Japanese horse mackerel) with the classic shiso and grated ginger, to the lesser-seen iwashi, a clean and vibrant sardine from Japan. As a lover of shellfish innards, I was smitten when Phan accented the awabi (abalone) with a sauce made with its liver, and seasoned the spot prawn's lightly grilled body with the briny tomalley. The crescendo rose to a peak with the Miyazaki A5 Wagyu and the toro with freshly grated wasabi. Both delicate pieces melted as I chewed and made my eyes roll back. A chorus of "mmm"s cut through the library silence.

In between courses, our personable server poured saké pairings, refreshed drinks, and dished up the small plates. At $50 for five pours, the saké tasting was a reasonable treat, including sought-after bottles like Kubota Hekiju and Kamoizumi Red Maple. Unfortunately, it was unclear how each saké complemented specific courses and Phan admitted that he's no alcohol connoisseur. The five small plates ranged from conventionally good (like the scallops cooked sous vide then dotted with fragrant yuzu kosho), to F-yes. The soul-warming okayu (rice porridge) topped with indulgently thick slices of sweet Pacific geoduck was the ideal savory conclusion. The final refreshing fruit course featured high-end, hand-peeled Japanese grapes.

Want the fish without the awkwardness? Good news! A month ago, Phan launched a counter-service lunch menu that reflects his food trailer offerings. The familiar favorites include his famed salmon box-style pressed sushi ($10), plus a handful of rolls, salads, and rice bowls. Each piece of the pressed sushi was delicately wrapped in a paper-thin layer of shaved kombu kelp. America's favorite California roll is upgraded with real red crab meat ($11). The hamachi salad ($12) was a standout umami bomb of sliced amberjack, shredded cabbage, lychee, and cucumber, tossed in a tangy fish sauce dressing and topped with fresh mint and crushed peanuts. The chirashi bowl ($22) was a worthwhile splurge. Tuna, salmon, hamachi, and ikura (salmon roe) rested on a bed of avocado, seaweed salad, and rice, topped with a creamy poached egg that bound the ingredients together. During lunch service, Phan's spirit was noticeably uplifted and more at ease, which was a delight to see.

Reflecting on the omakase evening, I remember asking him what he hoped for his diners to experience. "That's the wrong question to ask," he answered shortly. Throughout that evening, he made it clear that he just wanted to focus on making excellent sushi. Clearly that's his gift, but most diners are seeking more – ambience and warm hospitality and a total experience. Priced as a special occasions spot, I cannot wholeheartedly recommend it for celebrations or even intimate date nights as it stands. I would, however, suggest it to die-hard sushi lovers with a passion for harder-to-find seafood. The casual lunch setting confirmed that Phan can still win hearts with his cooking, even if his reception requires fine-tuning. 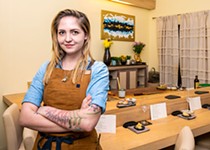