The ABCs of ACL Eats

Snacking at the fest is elementary 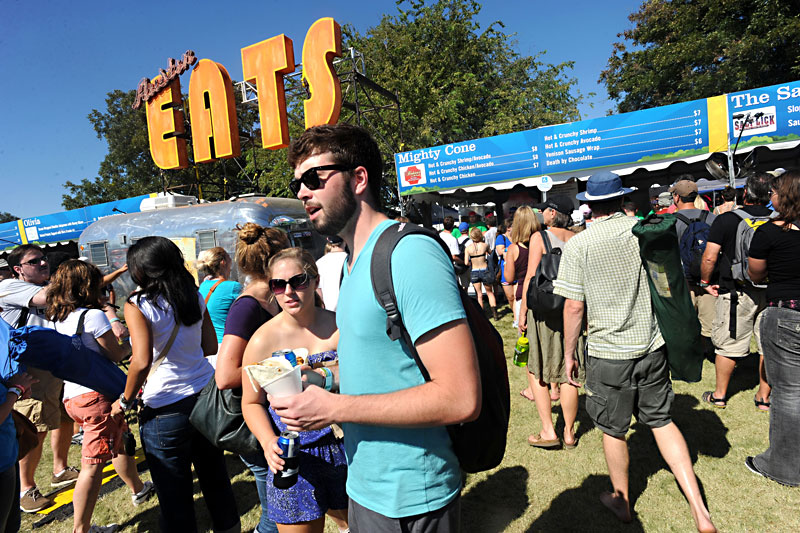 A gave and watermelon in a GoodPop frozen treat

Burgers from P. Terry's, and Wholly Cow, and Hat Creek

Drinks from Maine Root when you start to sweat

East Side King, but you knew that, bruh

Haute cuisine from Lonesome Dove when you're tired of the grind

Indian from Lamba's, some gluten-free

Juice from JuiceLand, make it three

Kimchi fries from Chi'Lantro for your whole crew

Lemonade from Shade Tree for just you and your boo

Nachos from Salt Lick, you really better ought

Order a Way South Philly cheesesteak, not so tough, or a

Pita from Tino's filled with all sorts of great stuff

Quick! Do you want Mighty Bird or Mighty Cone? Or, a

Root beer shaved ice from Snowie's might set the tone

Tamale Addiction tamales from the time of Chichén Itzá

Warm barbecue from Micklethwait, new to the fest

You can't leave without trying something from Peached Tortilla

Z has nothing to do with Freebirds, but neither does the Crimea.