Preserving the Food and Beverage Industry With Fermentation 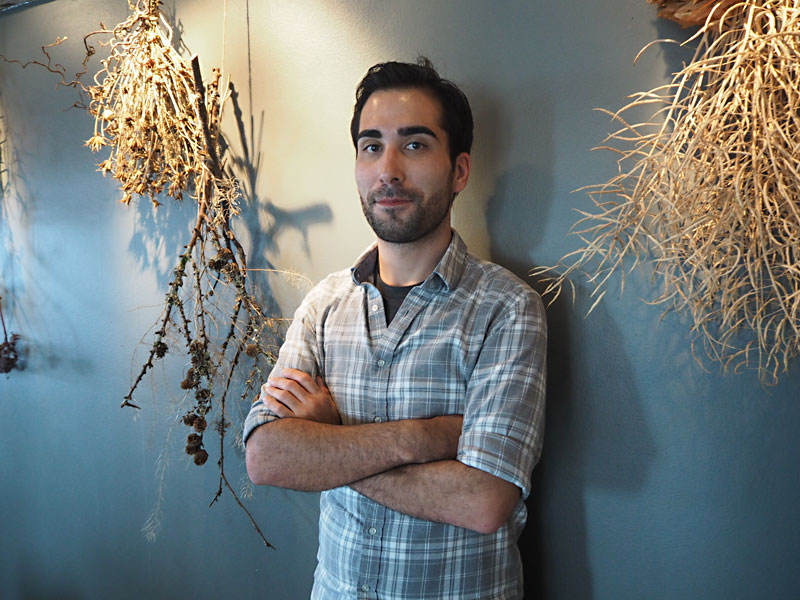 Somewhere between fermentation's homegrown past and the highbrow world of Michelin-starred gastronomy, the practice of curing and pickling swept its way across the food world. As farmers' markets continue to grow in size and popularity, home cooks are learning how to use preservation to better utilize each season's bounty. And events like Austin's upcoming fall Fermentation Festival help educate on the many health and environmental benefits of cultivating nutrient-rich preserved foods from ingredients that might otherwise go to waste.

But something else is rotten in the city of Austin – and it's not your typical cabbage kraut or dill pickles. Try persimmons fermented in pecan milk and purple barley koji and begonia wine made with wild honeysuckle. Jason White is the one creating these next-level edible innovations, and he's setting out to help other chefs, brewers, distillers, and food producers expand their knowledge of fermentation too.

"Every kitchen can benefit from implementing fermentation programs," says White. "Its process is highly educational and encourages new relationships and understanding of ingredients. Plus, it repurposes items that might have otherwise been waste."

You might call White, who grew up foraging and preserving with his family in rural New Mexico, a bit of a self-taught, renegade food scientist. Though he dropped out of school in eighth grade, he was always obsessed with science and chemistry.

"Unfortunately, I got mixed up with people who were interested in the same things for different reasons," says White, whose first experiment in fermentation was in the form of hooch when he found himself in jail on his 21st birthday. "A lot of the initial things that got me involved in chemical processes were pretty controversial and dark. But at least what came out of it was beautiful."

After White's family relocated to San Antonio, he turned to cooking and found his true passion in the kitchen, working up to chef de partie and sous chef positions at James Beard-nominated restaurants like Biga and Minnie's Tavern. He immediately gravitated toward foragers like Mark "Merriwether" Vorderbruggen, whose website Foraging Texas was particularly inspiring and instrumental in helping White learn to identify native Texas plants.

When former Uchiko pastry chef Andrew Lewis spotted some of White's vinegar experiments on his Instagram account (@teamsilent), the restaurant reached out to him with an opportunity to work in the kitchen, which brought him to Austin in 2013. It was at Uchiko that he stepped up his experiments in curing and preserving, manipulating ingredients to create raw peanut miso, blood orange yuzu kosho, and goji-fermented burdock.

"As a chef working with food and food systems, I began seeing extreme benefits through the educational influence of fermentation in kitchens and the need for a specialist to share practices and build programs alongside the chef," says White, who's also witnessed his share of unsafe fermentation practices occurring in kitchens. "This was necessary to me in order to ensure the science is utilized and proper environments are built. So I dedicated my journey to this." 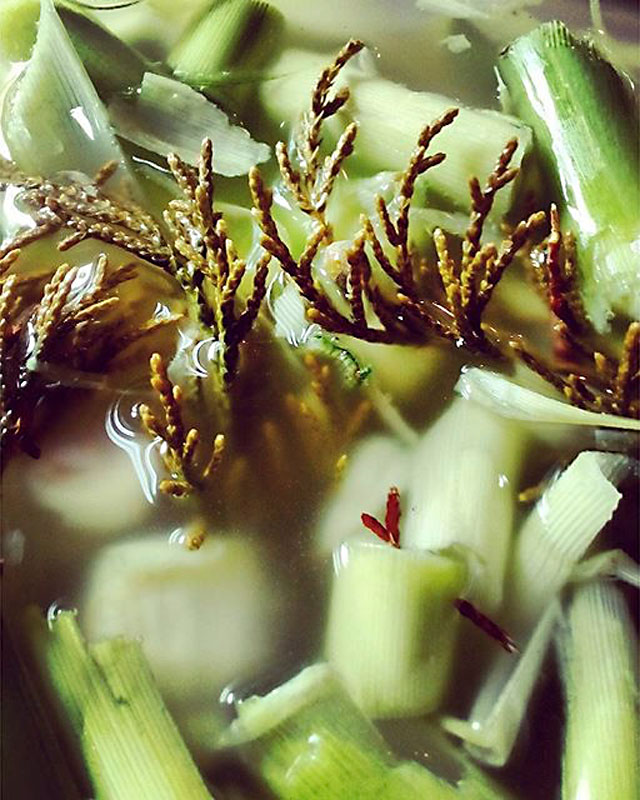 Last year, White was invited by Emmer & Rye to embark on a yearlong project building the restaurant's innovative fermentation program and assisting on creative projects and culinary direction. White designed the restaurant's dining room-facing larder, which holds jars and crocks of treasures which sound like they could have leapt from the pages of a Hans Christian Andersen fairy tale: fermented leek brine, sunchoke shio koji, and preserved chickweed.

Since Emmer & Rye sources entirely from local farms and their own on-site garden, maintaining such an advanced fermentation program helps them come as close to zero waste as possible while stretching the season's bounty in new and creative ways.

"With fermentation, we can address issues of utilization of food waste and grow as a community by building more in-depth relationships with ingredients, science, and cultures," explains White.

At Emmer & Rye, White began to draw global recognition from his peers, inciting requests for collaboration. This past spring, he helped the Catbird Seat, Nashville's lauded chef's counter restaurant, expand on their fermentation program by consulting the kitchen on environment and principles surrounding lacto-fermentation and vinegars. Upon his return to Austin, he collaborated with Dolce Neve gelateria, using elements like saké lees, peach pits, and Turk's caps to create several limited edition gelato flavors.

Most recently, White has taken on a research and development role at Still Austin Whiskey Co., the city's first urban whiskey distillery, where he's been working on flavor development, distillation production, and collaboration with area farmers to source locally grown grains.

"The terrain really inspired us – that's the heart of Still Austin," he says. "We're letting our environment dictate the spirits." On a recent stroll through Austin, he acquired native live oak bark, hoja santa, and invasive wild fig leaf which he plans to sweeten with cane juice and distill with Texas-grown grains, creating a spirit that is somewhere between a Chartreuse and a fernet.

Still Austin is part of a grain revival group with Miche Bread, Barton Springs Mill, and food sourcing consultant Valerie Broussard. Together, they located all eight local grain varieties that were lost during Prohibition, accumulated seeds, and will plant the first experimental crop at HausBar Farms to see if the seeds can still successfully grow. If all goes as planned, the group will collectively be able to guarantee a large enough crop for farmers, allowing restaurants to be able to source smaller amounts of the local grains. 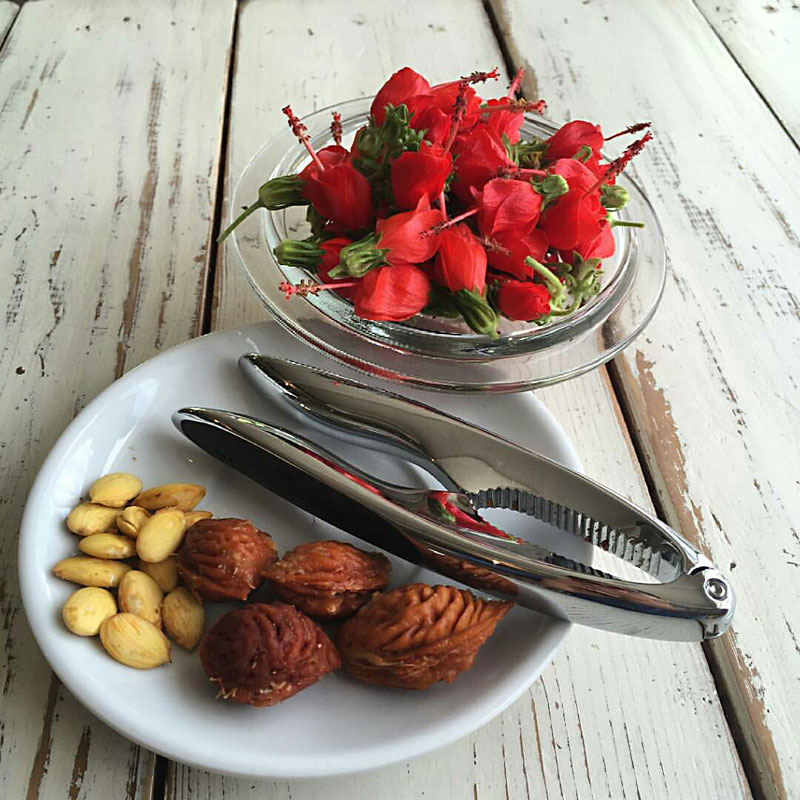 "I decided to pursue the distillery because they are building something truly special; we aren't just making booze," says White. "Their mission is to address agricultural issues and push the boundaries of distillery sustainability by utilizing native ingredients and building relationships with the communities around us. I see great benefits in showing functional examples of how Texas grains can function, grow, and be utilized in responsible ways."

Collaboration and information-sharing is a major theme in White's work; in fact, he thinks there can't be enough of it. He recently created a free database of educational documents explaining the science, legal implications, benefits, and challenges of starting fermentation programs.

"It's incredible to see such a positive reaction and people excited to share and learn," says White. Now up to 15 gigs and counting, the file contains documents contributed by scientists, chefs, fermentation specialists, brewers, and distillers from across the globe, and over 200 people are using it.

Right before receiving an invitation to collaborate with chef Rodolfo Guzmán in the kitchen of the acclaimed Boragó in Chile next year, White was selected to attend MAD5, the food innovation conference created by Noma chef René Redzepi. Three hundred of the industry's movers and shakers gathered in Copenhagen at the end of August to dissect this year's theme: tomorrow's kitchen. Topics covered ranged from the importance of human rights and self-care for kitchen workers to discussions on agricultural developments to smaller and more specific breakout sessions, like one White attended on altering fermentation environments in order to improve microbial activity.

"There's genuinely a lot of people who are concerned about tomorrow's kitchen," says White. "The food system is flawed and we have a lot on our plate that we are capable of fixing. ... Fermentation is a global connector and a timeless practice that can truly push the food and beverage industry forward."

A version of this article appeared in print on September 2, 2016 with the headline: Culture Shift