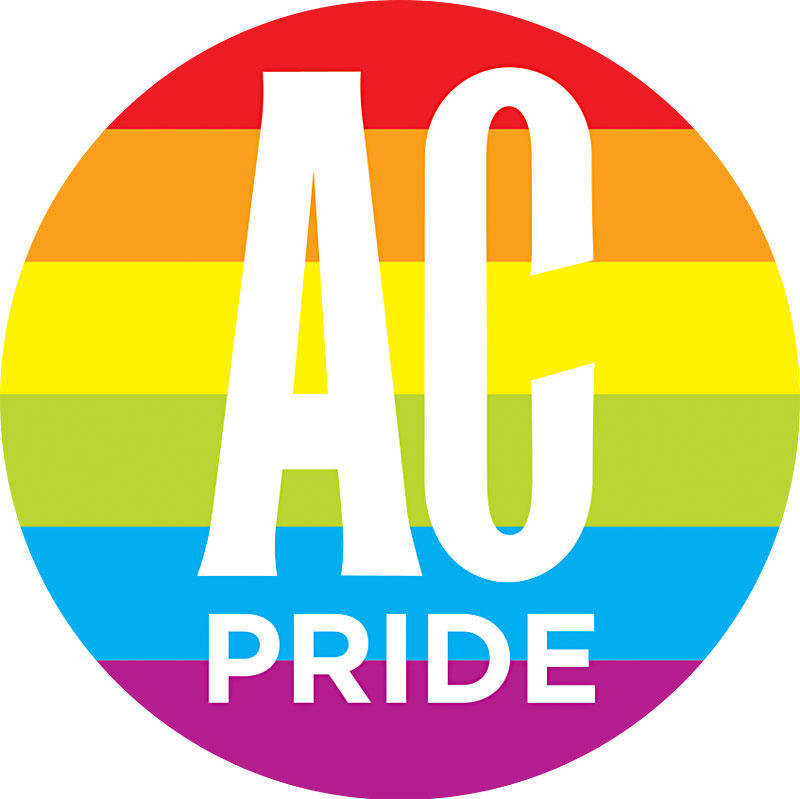 It has long been a joke in the service industry that restaurants would close down if it wasn't for the LGBTQ community. But in the back of the house, it has often been another story. The macho culture that bred screaming chefs and celebrity bad boys in the hospitality industry hasn't always made space for people who are not straight, cisgender men. Nevermind. Queer people have been making their own way since long before the first brick was lobbed at the Stonewall. It should come as no surprise that two of the brightest new stars in Austin's food truck universe are shining with all the colors of the rainbow. 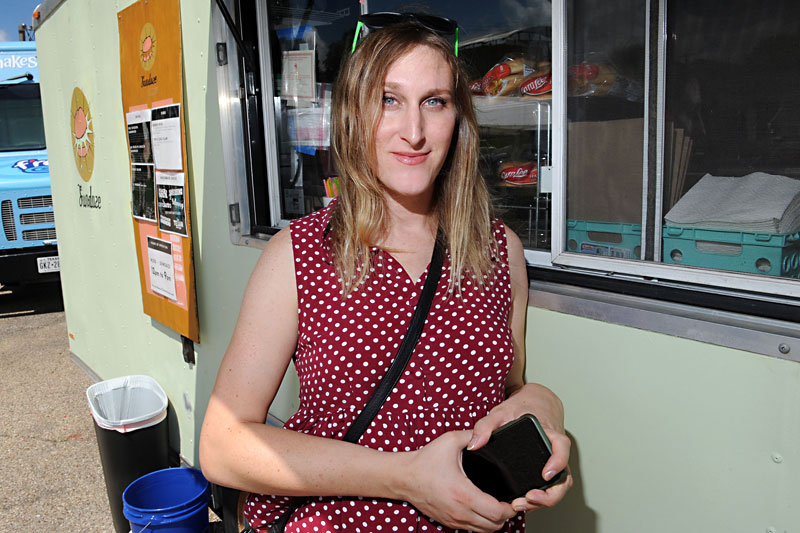 Owned by Raine Hopper, Sundaze opened up in mid-June. Their menu offers fried chicken sandwiches and simple sides, but the trailer is quickly growing a following for their vegan options – notably their "no-frick'n-chick'n" sandwich. "My goal is to make everything as accessible as possible," Hopper says. "If you're vegan, the only things you can't eat here are the honey mustard – if you don't eat honey – and the actual chicken."

Hopper and her sister, Cara, opened Sundaze with their life savings and a small loan as an important way for Hopper to increase her quality of life. Growing up, she was the black sheep of the family because of her gender identity. In her adult life, working in a traditional corporate environment as a trans woman has always proven less than comfortable. "I have to kinda play by my own rules," Hopper states. "It's not such an uncommon thing."

For Hopper that means refusing to live in the shadows, both as a business owner and a musician. "I'm out with the public; I can't really avoid it too much," Hopper says while admitting she has been luckier than many. "I wouldn't say there have been any hardships because I'm trans for opening my trailer, and that probably has 100 percent to do with the fact that I'm white. There is so much privilege that comes with that, so I probably don't even know what kind of hardships I didn't have."

Opening a food truck has been a freeing and creative project for Hopper, allowing many of her passions to thrive. As an artist, food is a natural extension. "I'm really into graphic design and branding. Everything, down to the taste of the food and texture, is a huge art project. It's something I fell into, but it's all important to me." 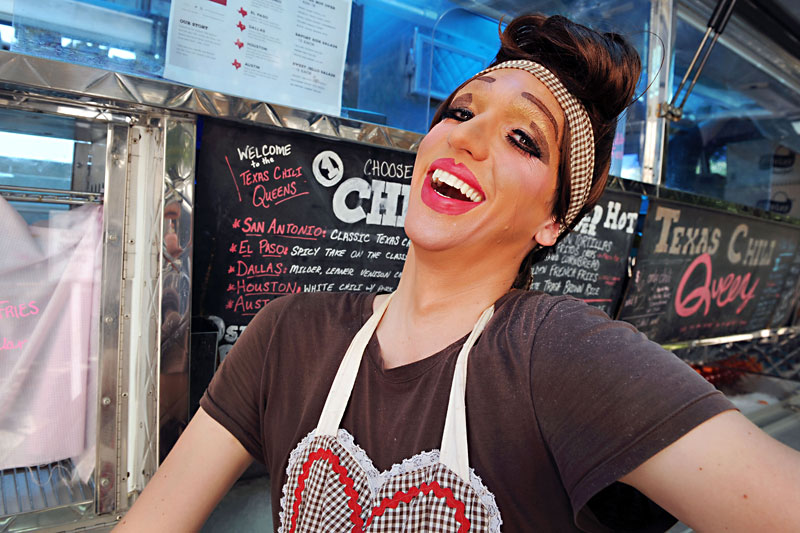 Ed Hambleton's truck took inspiration from the original chili queens, a group of women who for decades would set up tables offering chili con carne in San Antonio's plazas. Featuring food options from venison to vegan, the truck opened officially in September 2015 with lots of personality standing behind its fine-tuned recipes.

The truck essentially has two owners in one: Hambleton started the business, makes the food, and cleans it up, while Edie Eclat – Hambleton's drag persona – serves the food and is the face of the business. Hambleton opened the truck after years of honing his skills both in drag performance and in the kitchen. "I used to perform as Hedwig a lot," he says. "When I went to college the drag kind of dropped off, but I got into the food. I was actually the personal assistant to a chef for a while; that's really when I developed a more culinary side. So, when I moved back [from New York], I was like, 'Well I've done some drag, I've done some food, so I'll put these together and keep Austin weird!'

"Leading up to 2015, I stepped up my drag game," Hambleton continues. "I went out with friends and to drag shows. Instead of lip-syncing – I've never lip-synced a song in public onstage as a drag performer – I went onstage and made rainbow deviled eggs!"

But combining performance and food does have its challenges. "I get to the truck in the morning, start making the food," he says. "45 minutes to an hour before I have to leave, most of the stuff is cooking and I start getting into drag. Then, it's a matter of put my base and powder on, keep stirring, take something out of the oven, do my lips and eyeshadow, put more stuff in the steam table, do my lashes and finishing touches, wrap everything up, put my wig on, and drive out."

The performance that Eclat brings to the truck is a major draw for customers and a pleasure for Hambleton, but the truck is also a means to connect with all of Austin. "I want people to go 'Oh, this is Texas Chili Queens. Let's go try this truck,' and then see it," Hambleton says. "It's a discovery. I love that discovery – even at family events. It's amazing watching dads give their sons money to come and buy what they want. It's a food truck that has a drag queen in the window. It's starting a conversation. It's fabulous!"

A version of this article appeared in print on August 26, 2016 with the headline: Community Kitchens 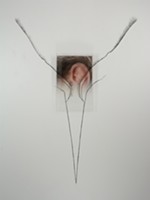 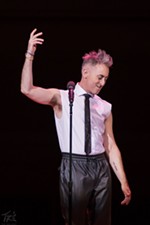