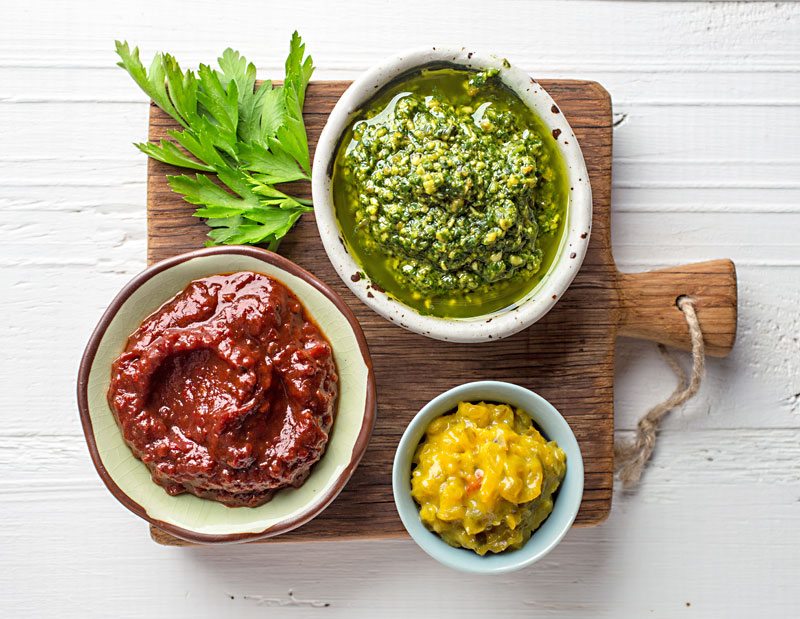 We want the Austin Chronicle Hot Sauce Festival to stick with you long after the doors close, but we are not talking about heartburn. We asked two of Austin's leading chefs and one of San Antonio's brightest to come up with hot sauce-inspired recipes especially for the event. They more than delivered, creating dishes that live up to each of the creators' culinary talents that can be easily made in your home kitchen.

Chef Joe Anguiano's career has spanned from Water Grill in Los Angeles, Le Cirque 2000 in New York, to Zuberoa in Spain. Anguiano was the executive chef at Eleven Plates & Wine in Davenport Village before moving to Austin to open the First Plates award-winning VOX Table.

Chef Alma Alcocer-Thomas of El Alma and Alcomar has been a light in Austin's culinary scene for over 20 years. Originally from Mexico City, Alcocer-Thomas studied at Le Cordon Bleu in Paris before moving to Austin in 1989, working at Jeffrey's, Fonda San Miguel, and Tacos & Tequila before being named the executive chef of the El Chile group in 2011. Today, she helms two restaurants that share her name: El Alma, traditional Interior Mexican cuisine made with classic technique, and the First Plates award-winning Alcomar – a concept with El Chile chef Jeff Martinez inspired by the regional dishes of the Mexican coastline.

Chef Lorenzo Morales is one of the most respected chefs in the San Antonio hospitality scene, with stints as the executive chef of the Old Main Association and as the sous chef of Arcade Midtown Kitchen, formerly located at the Pearl. His latest venture, Jazz, TX, will be a music venue in the Pearl focusing on Texas roots music like jazz, blues, big band, Texas swing, salsa, conjunto, and Americana. Morales' cuisine will play on that same heritage, providing innovative twists on classic Lone Star fare.