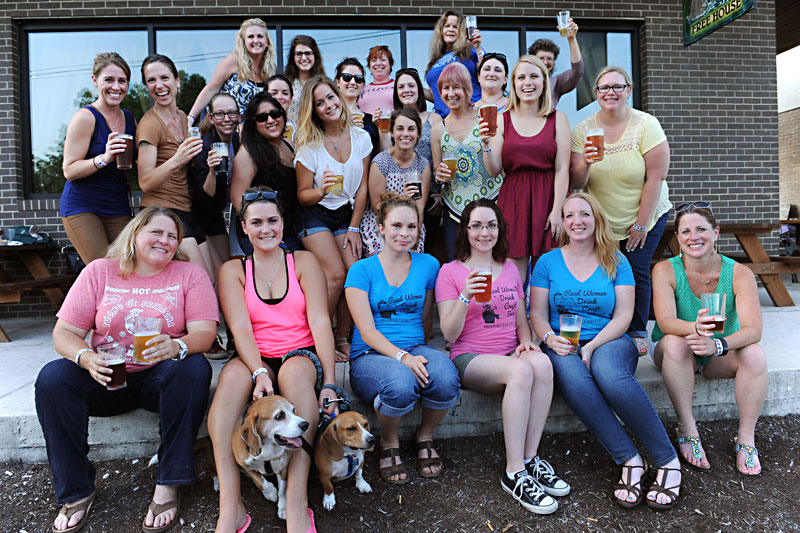 It's 6pm on a 95-degree Wednesday evening, and 30 women of all ages gather outside (512) Brewery under the pecan tree that inspired the brewery's revered Pecan Porter. The conversations range from geeking out over the type of hops used in the latest SMaSH release (a series of single malt and single hop beers), home brewing horror stories, and rumors of impending brewery openings: simply the Beer Necessities.

Inspired by a similar women-only craft beer club in Chicago, Sarah Eshelman held the first meeting of Beer Necessities in September 2014 at Hopfield's. "There were a lot of women drinking craft beer in Austin, but we weren't really connected to one another," says Eshelman. Industry organizations like Pink Boots Society served female beer professionals, but there wasn't a place for the casual female IPA drinker to meet like-minded women. Especially given the craft beer community's heavy streaks of testosterone and condescension. 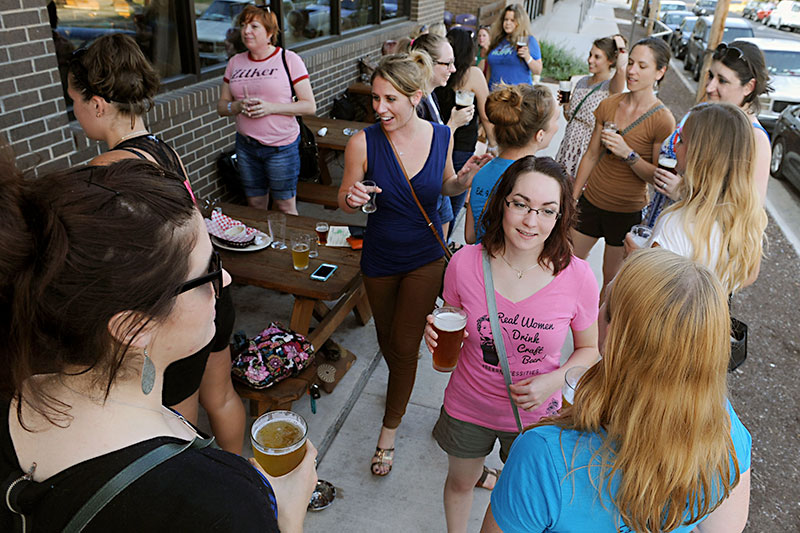 "The most hilarious thing is when men say something wrong about beer, but are really confident when they're telling you. And they just don't know what they're talking about," says Eshelman. Several other Beer Necessities regulars shared similar sentiments, tossing around the word "mansplaining" with equal parts amusement and disdain.

Sure, Beer Necessities is partly a response to the woman's marginalized place in beer culture, where the feminine is often relegated to poor-tasting slogans (Deep Ellum's Dallas Blonde "goes down easy"). But the reactionary element takes a backseat to an encompassing inclusiveness that appeals to both lifelong home brewers and craft beer newbies. Pints are the talking point and shared interest, but the main goal of the group is to bring women together in the type of friend-making zone that is harder to find as people grow older.

"Part of what makes the group so fun is the diversity," says Eshelman. "I love talking to the older women who have just lived so much more life than us, and I love that they're still out drinking beer and having fun. When else would a 25-year-old woman be kicking it and drinking beer with someone in their 50s and 60s?" This diversity comes from just how easy it is to find the group. Type "craft beer" into the search field of MeetUp.com and Beer Necessities is the first result. Joining their ranks is as simple as an RSVP, and the organizers stress that an encyclopedic beer knowledge isn't a requisite, but often a reward. Sharing pints is encouraged, so it's easy to sip more than 10 different beers in a single session. It's a crash course in palate refinement that's further incentivized by discounts and exclusive brewery tours that are negotiated in advance. Beer Necessities credits their hosts' generosity to a sense of camaraderie that doesn't exist in every city.

"The beer industry here is different than it is back in Iowa where I'm from," says Tory Sage, who boasts of knowing the most members' names and spilling the most beer. "It was more competitive, but here people in the beer industry just love beer, and everyone works together." Sage is one of the women taking the organizational torch from Eshelman, who just moved to Seattle, where she hopes to start another chapter of the group.

In terms of the industry response, it's been overwhelmingly positive. Female beer professionals from the likes of Jester King and 4th Tap have become regulars at meet-ups, and the group has organized several panels at Craft Pride to highlight the changing roles of women in craft beer. But most of all, Beer Necessities has developed a sterling reputation around town that makes bars and breweries excited to host a meet-up. After all, what bar wouldn't want 30 women who know their hops to show up on a weeknight?