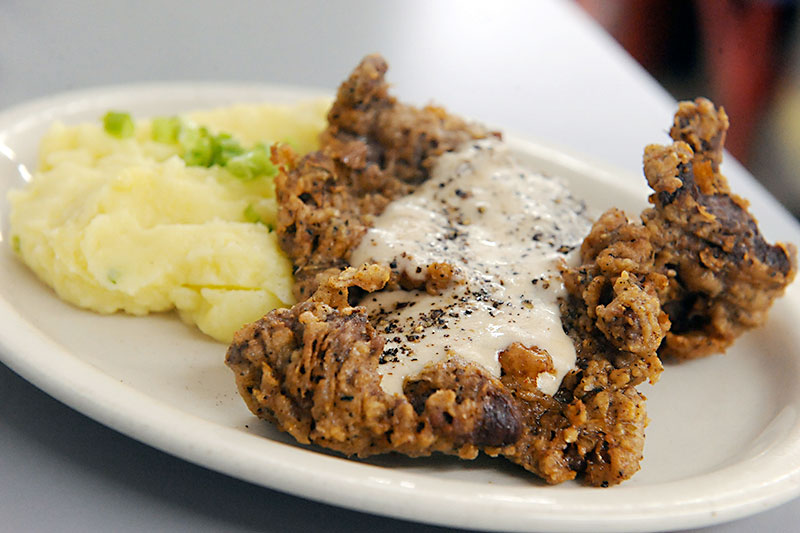 Growing up in the Texas panhandle, gas station food played a bigger part in my culinary upbringing than I would like to admit. Most of the towns that dotted the flatland were dying by then, the home-cooking mom-and-pops had long since shuttered, but you could eat at an Allsup's if you didn't feel like cooking on a Friday night. The food certainly wasn't healthy – fatty sandwiches, fried chicken, potato wedges, and the beef-bean fried burrito that was always eaten in the car, with squeezes of vinegary taco sauce on each bite.

That bite, the first one when you get a corner of crisped, sometimes burnt, tortilla, is my madeleine. So I was always primed to find something to love in Dilly Deli, a tiny counter and window carved out of a convenience store that serves road-trip Americana without all the Fifties checkerboard pomp. I just wasn't expecting for one of those things to be the food. 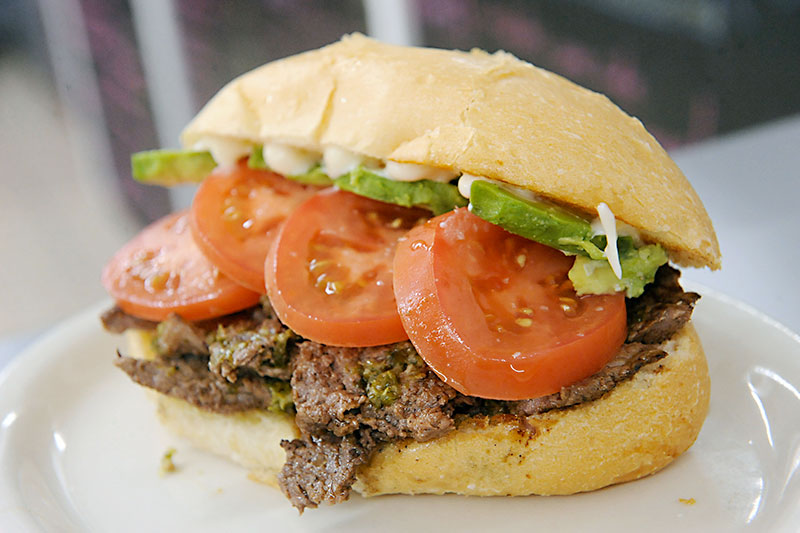 There's room left in Austin for simple, unpretentious American cuisine that isn't some "elevated" interpolation served with a wink. The food at Dilly Deli won't win a James Beard, but it is close in spirit to the actual man and his opus, American Cookery. One gets a sense that these recipes weren't so much developed as prepared the way they've always been cooked. 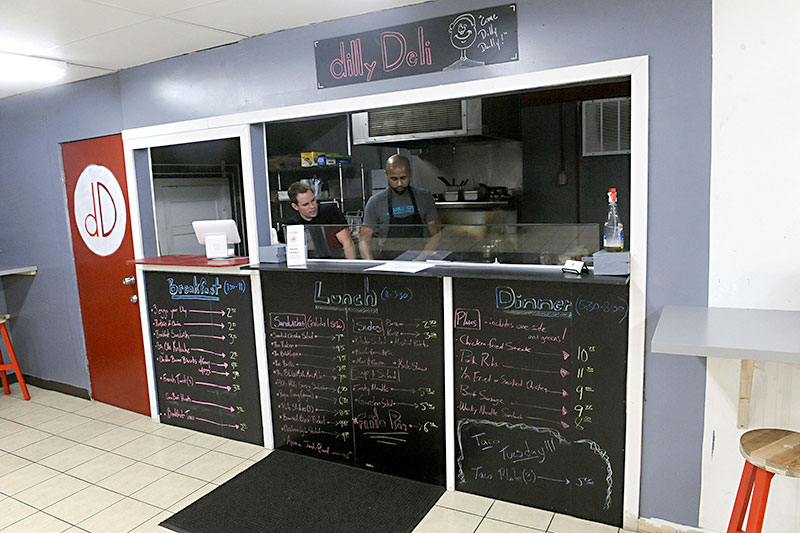 Of the three daily menus (brunch is also served on weekends), the lunch sandwich is the most playful. The Bricklayer's ($9.75) peppy chimichurri blends well with thick slices of steak and avocado. The Reuben ($9.75) gets most of its power from the house pastrami. The thicker cut allows that smoke to shine, playing against the sauerkraut. The house smoker gets some more work in the chicken salad ($7), tweaking the tea party formula. The rib sliders (3 for $8.75) are a fresher take on the barbecue sandwich, topping pulled rib meat with a creamy kale slaw. The Basic ($7.50) is just that – ham, salami, mayo, mustard, and toppings served on a thickish loaf slice. You'll do better getting crazy with the Wacky Noodle ($8.50), the kind of sandwich that Guy Fieri in theory would love to grunt over on Diners, Drive-Ins, and Dives. In reality, topping garlic cheese bread with pasta tossed with sausage and tomato sauce is just an extension of how the components are eaten anyway. And sometimes the "Frankenfoods" that have become many proper diners' marquees just plain work. The only complaint I have is that a better bread could be used on all the choices. It's not bad by any means, but so much care is put into the fillings that they deserve a better foundation. 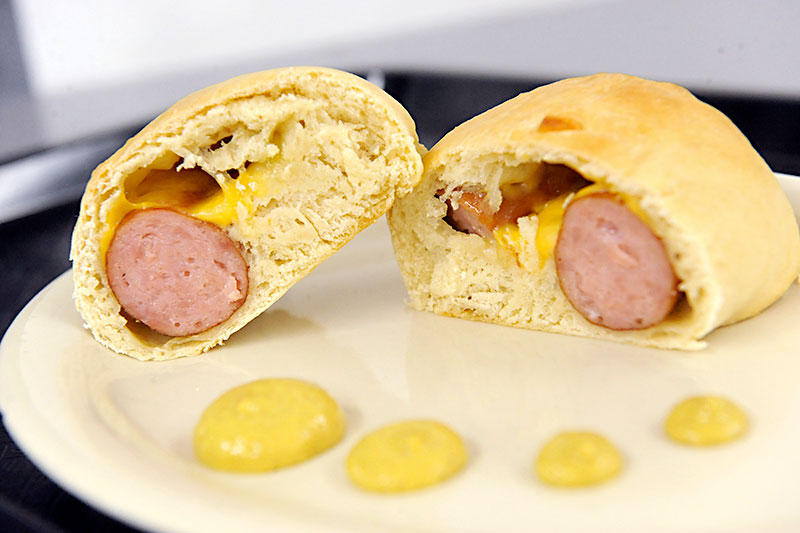 Dinner keeps to the classic mode. The smoked chicken ($9) and pork rib ($11.50) plates are the stuff of volunteer fire department dinners. Neither reaches the heights of the best barbecue joints in town, but they both fall off the bone and are blessed with appealing spice. The chicken-fried steak ($10.75) and fried chicken ($9) are can't-miss, though. Too many places in town skip the salt in their fried foods, as if the lack of sodium will somehow make it more healthy. Dilly Deli's salt isn't overwhelming, but it is there and it is proper. That complements chicken that retains all of its juice and steak that falls apart at the slightest abrasion. The sides that come with the plates and sandwiches all work in their own way, but skip the spare pasta salad for the lush mac & cheese. 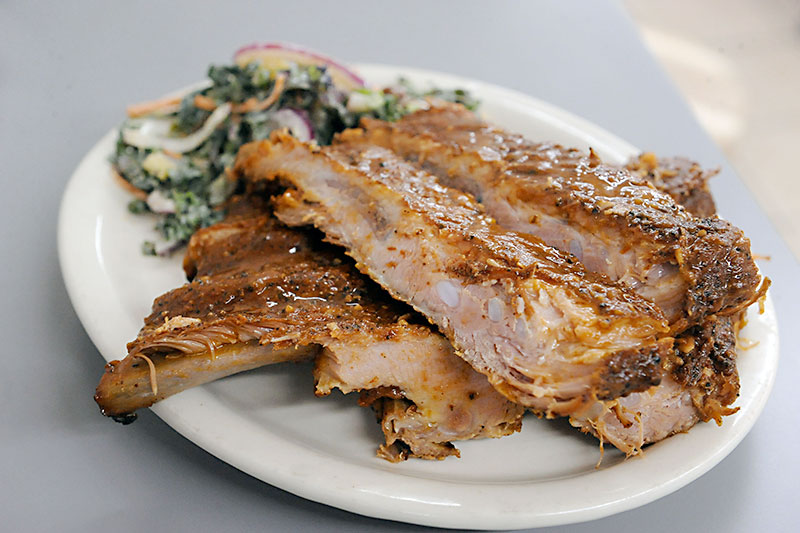 Both do double duty at brunch, the chicken-fried steak pleasingly with eggs ($9) and the chicken with French toast ($7). The bread choice again plagues the latter; a thicker homespun slice would have prevented the sogginess, but with syrup and the accompanying hot sauce, one could hardly mind. The dry scrambled eggs in the Aloha Plate ($7) were more off-putting, however, especially played against the sweetness of pineapple. The terrific steak could not redeem the oddness of the combination. But I'll give that a pass when there's the Big O' Kolache ($2.50), the best version you are likely to get without traveling to West.

Dilly Deli may never wind up on any top 10 lists, and may never get a segment on the Food Network, but one gets the sense that the owners don't really care about that. This is home cooking, and Dilly Deli goes the extra mile with scratch dressings and quality meats. Flash really isn't needed. Sometimes it is enough to just be well-fed.