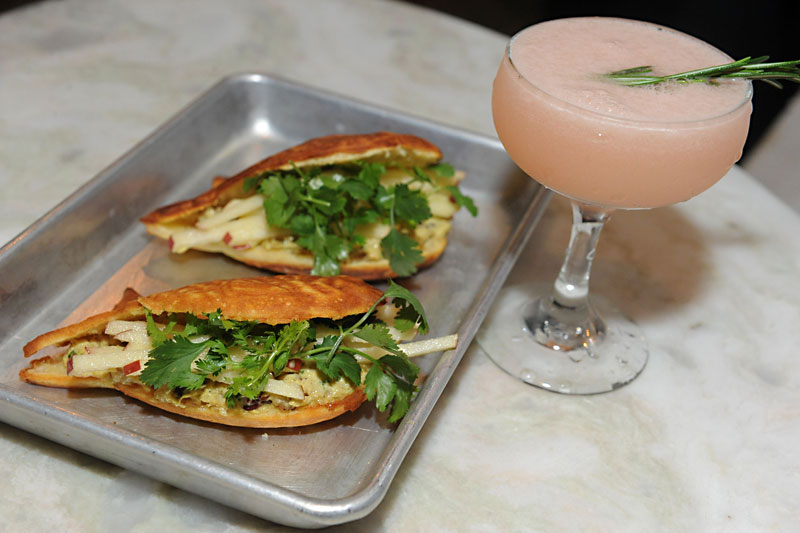 After a trickle of high-profile closures and a still-rushing stream of openings filling their place, the main question in local hospitality is surely "How much is too much?" It's not just a question of how much business our growing town can sustain, but how Austin can still enjoy an independent culinary identity in the middle of so much change. The bubble isn't exactly breaking, at least not yet, but this is a watershed year in our relatively short history as a boomtown. For the last decade (give or take), Austin has been garnering an almost obscene amount of adulation – magazine profiles turned into Food Network appearances turned into long lines. It all moved so quickly that there was scant thought of then turning into now.

But take a look at the class of 2016. The hottest tickets are either small chains looking for eastward expansion (Snooze, Vinaigrette, True Food Kitchen) or new projects from established restaurant groups (Chameleon, La Corsha, ELM, New Waterloo). Many are good, some very good, but the scrappiness (and affordability) that led Bryce Gilmore to create something as seemingly foolhardy as the original Odd Duck trailer is long gone. If bloodlettings can be bloodless, here you have it. Established names are hitching their wagons outside of town or quitting the business altogether. Austin foodies make sport out of guessing the next restaurant to fall. Austin "foodies" see food as something to monetize and not eat. Even the word "sharing" seems now to be an act of selfishness.

So it's interesting to see how a chef with deep Austin roots like Philip Speer – whose rising fame was almost derailed – re-enters the fray. Speer is as responsible as anyone for putting Austin on the culinary map – through Beard nominations and TV appearances, yes, but more than anything through his deep, wandering palate that always showed Austin how to taste better. His Tobacco Cream for Uchiko is still the standard-bearer for Austin desserts six years after its debut. Even with his former headlines being replaced with new ones, one halfway expected him to come back like gangbusters after his break from the public eye. Instead, one of his first publicized gigs was a modest, revamped menu at the now-closed Fork & Taco. It was largely unheralded and the space was already struggling, but it was a step forward – an example of how Austin food could escape the gilded shackles of the current scene. His latest venture, with his former Uchi colleague Jared Ferguson, is a leap.

Speer's dishes, though often using luxury ingredients, rarely alienate. But the Garage menu plays to the cheap seats as readily as it exists in rarefied air. Sure, the turmeric-dyed deviled eggs ($6) have a heap of black flying fish roe, and the garlic chips and dill sprigs are arranged just so, but the main flavor comes from the sharp tang of pimento cheese. Traditionally, taiyaki are crisped fish-shaped pancakes most commonly filled with sweet adzuki bean paste. In Speer's hands, they become the bread for a chicken salad sandwich ($8). True, said chicken salad isn't exactly something you would see at most family picnics. It's curried, for one, and miso hasn't yet found a permanent place in the American pantry, but there's also a touch of Waldorf in there too with Fuji apples and whole pecans. Compressed melon is from Modernist cooking, but mixed in with most of the trappings of a Maine lobster roll (butter lettuce, tarragon, plump claw meat) the only thing that seems different is the lack of the bun (the "roll" on the menu is in quotes, get it?). At $16, it's also one of the cheapest ways to eat lobster that does not involve a trip to Cheddar Bay.

The menu is rounded off with other hand-helds (Garage has no utensils, unless skewers count). Buttery blue crab toast ($12) with avocado is knocked off guard with halved red grapes. The ahi poke, served with nori crisps, exhilarates; its edges are sharp with soy and tempered by cucumber and edamame. Even something as simple as a Thai-style kale cake gets some cross-cultural pollination from gently sweet Romesco. We have heard whisperings that there are a couple of desserts, a creamsicle and a cookie, but by the end of the meal (and after one of Garage's still very potent cocktails), we completely forgot to cap things off.

What does all that have to do with our changing culinary town? The small menu, offered in an established space, offers a way forward for independent chefs who may not have the resources to completely go out on their own. And it points us back to the passion that got our city noticed in the first place (not to mention acting as a very good omen to Speer's upcoming Bonhomie with Sylvain and Barrel Proof's Sean McCusker). Most importantly, Speer's spirit of collaboration, of DIY, of making things his own, is something that can bridge the tedious debate between old Austin and new. It feels like a welcome home.