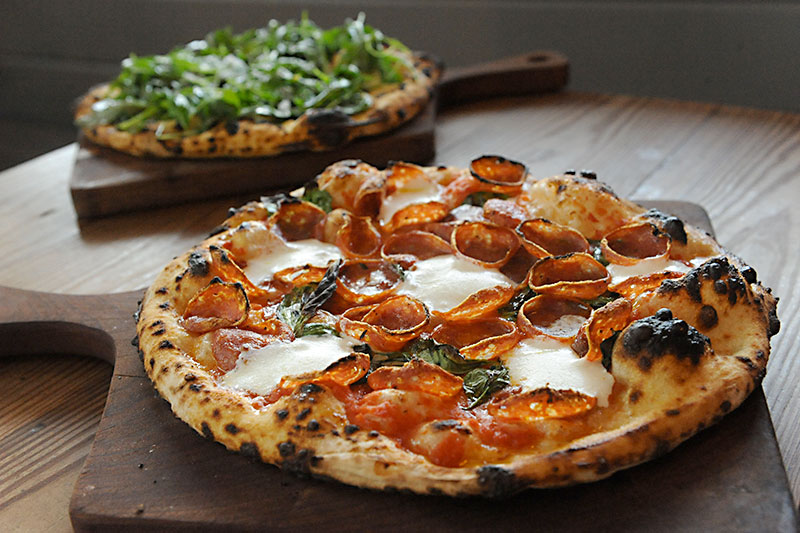 I was just lamenting that it had been a while since I'd gone out on the town, and even longer since I'd played catch-up with my closest gal pals. One had just moved back to Austin and was celebrating a new job, another had just introduced the boyfriend to the family – things were getting serious, and a recently single third had Bumble nightmares to divulge. Long overdue, I sent the group text: "Lady date?!" – followed by emoji depicting a popped bottle of Champagne, a slice of pizza, and several tap-dancing bunny-girls. 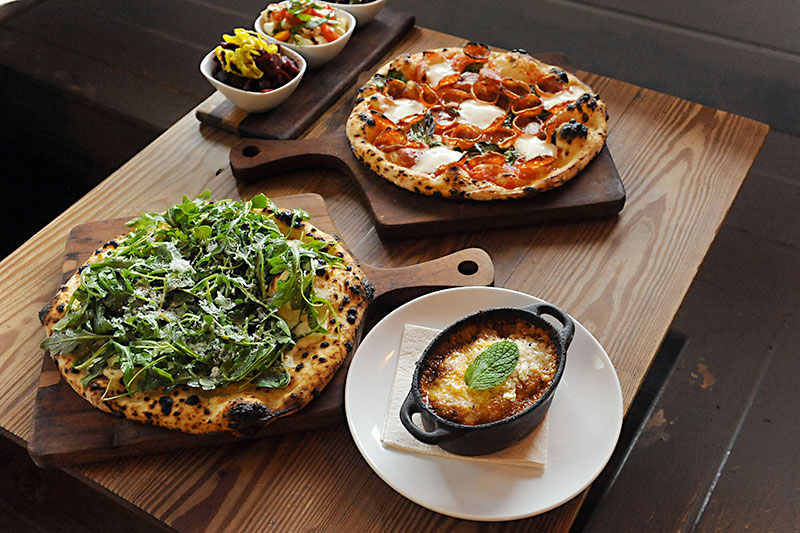 I considered making a reservation at Down­town's backspace – it was a Friday night – but knowing my girlfriends and their penchant for punctuality, I decided we should probably just go with the flow. (We had planned to enjoy the half-off happy-hour action; we managed to arrive by 9:30pm.) The four of us filed into the tiny entryway and stood shoulder-to-shoulder between other dining hopefuls and a roaring 1,000-degree brick oven. After only five minutes of being told it would be a 20-minute wait, four seats opened at the stainless-steel bar. 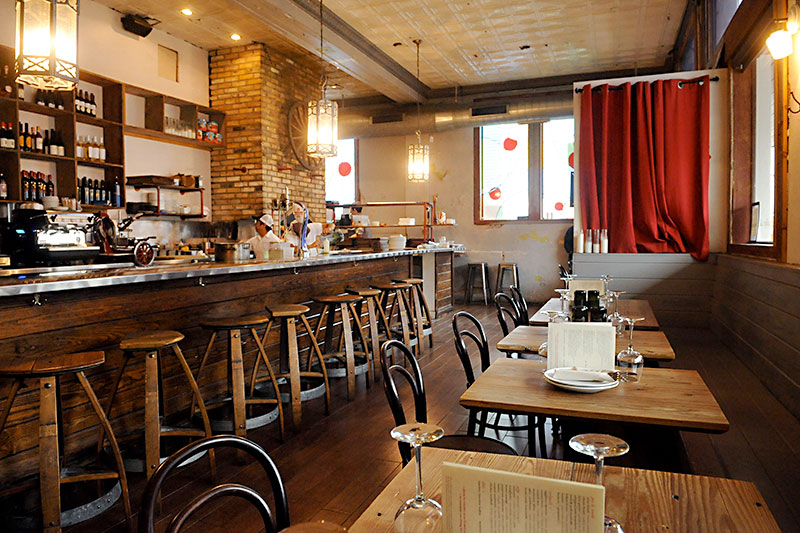 My squad sidled up to the prime real estate (actually, we descended like grackles), and the bartender offered to start us with something off the all-Italian wine list. Exchanging a quick glance for approval, we already knew what was on order: sparkling rosé. The bartender suggested the Cleto Chiarli Lambrusco. Lambrusco? My mind flashed to the magnum bottle of red chilling in my grandmother's fridge. Not to be mistaken: I have certainly enjoyed drinking the sweet alcoholic juice alongside my sweet granny, but it's more of a guilty pleasure – like my reserve of Trader Joe's three-buck Chuck. But hold on, this was a rosato blend – the rosé version – and after the bartender offered us all a taste, we readily conceded. Perfect on its own as we waited for a table, the crisp bubbles proved food-friendly too, and imparted enough acid for the richness of the plates per la tavola.

First came lamb and pork meatballs bathing in savory stewed tomatoes with asiago and mint. The apps were both delivered in adorable miniature cast iron pots that I couldn't remember to avoid touching. The repeated scorching of my fingertips, however, was worth every bite of baked ricotta, lemon, and poached tomato. The house focaccia allowed me to sponge the last of the sauce from the meatball pot. Another burn. 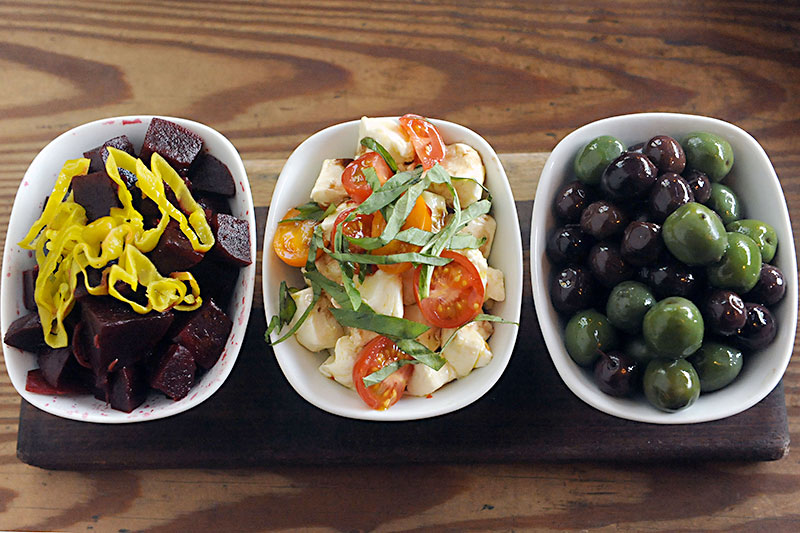 Past lady dates have found us at the backspace's big sister, parkside, with oysters in one hand and a flute of sparkles in the other, but I suggested Shawn Cirkiel's modest pizzeria after a friend recently couldn't stop raving about the pizza bianca. We had to try it. The Neapolitan crust was cloaked in mozzarella, ricotta, and pecorino romano cheeses, and topped with arugula dressed in a lemony vinaigrette. Lots of arugula. The pie was piled high with the peppery green. We couldn't resist the add-on of prosciutto, which added a nice smoke and brine, but I would order this one again with or without it. A Luigi Giordano Nebbiolo paired perfectly with the blistered dough.

Of the three desserts, the salted caramel panna cotta caught our eye. The sweet cooked cream came layered in a small jar and was topped with whipped meringue. It was a bit too sweet for my salt tooth, but my companions had no problem lapping up my share while I finished off the wine. Two shared plates and one pizza was more than enough food for these four women with robust appetites. Days later, I'm still dreaming of that chewy flatbread with its perfect char. Much like I expect Lambrusco to do this summer, I'm planning a return. 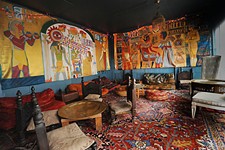 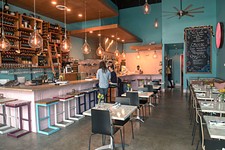