How Austin kitchens are beginning to love gluten 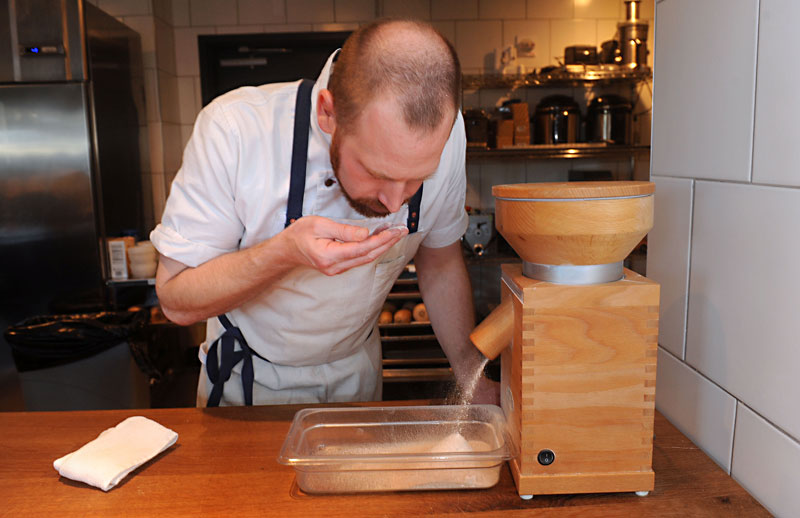 In the past decade, wheat-free lifestyles have become more mainstream, with gluten-free products experiencing a growth of 136% from 2013-15, according to a December report by research and marketing agency Mintel. Though only 1% of Americans are diagnosed with celiac disease, a quarter of Americans now consume gluten-free foods and that number is projected to continue rising; Mintel estimates that gluten-free sales will produce more than $15 billion in 2016.

But despite this thriving grain-shaming industry, the same report reveals that nearly half of these consumers think gluten-free diets are a fad. And if the exquisite bread being crafted in restaurants and bakeries across the country is any indication, that fad may well be on its way out. Now, more than ever, bakers and chefs are educating the public on a little secret that might just be music to every gluten-sensitive bread-lover's ears: What if the purported negative effects of gluten were the result of the highly refined flours produced by commercially grown and milled grains?

"The rise of gluten intolerance – aside from celiac disease – started with commercial milling," says Adam Brick, chef de cuisine at Apis Restaurant & Apiary. "In order to have drought- and bug-resistant wheat, we've had to hybridize the grain. This means the wheat is broken down until it is nutrient-starved, and now has to be enriched with powdered vitamins and proteins. These added proteins that are not originally found in wheat berries are part of the cause of the rising gluten-intolerant epidemic. The best way to avoid these new proteins is to stay away from processed wheat products."

Apis produces a sourdough derived from a 10-year apple starter, which they feed freshly milled red wheat from Central Texas. Instead of adding yeast to the bread, they let the gluten develop through several stages of fermentation which help to neutralize the phytic acid present in whole grains, allowing our bodies to absorb more of the nutrients present. In other words, the gluten is broken down, making the bread easier to digest.

Chef/owner Kevin Fink's eyes were first opened to heirloom grains when he learned about the milling process from Hayden Flour Mills in Arizona. "I was at a restaurant that couldn't commit to the difference and price but the difference is so evident, it was a life altering moment," he remembers. "It is like tasting your first heirloom tomato – that intensity of flavor and beautiful color forever changes the way you look at tomatoes."

Emmer's baker, Vanessa Ochotorena, ends each shift by milling various grains using their commercial model KoMo mill, then sifting and weighing out her recipes for the day so she can arrive at 6:30am and begin baking. "The fresh milling is what changes the flavor and the nutritional value exponentially," explains Fink. "Within four to five days after milling, 90 percent of vitamin content and essential oils are lost in grains. This means, very accurately, that what most of us know as flour on a dry goods shelf at the store is a shadow of what it should taste like, with a fraction of the nutrition it should carry."

"The most important ingredient for great bread is time, but that's exactly what large production bakeries are unable to give," explains Sandeep Gyawali, founder of subscription-based bakery Miche Bread, "so the breads turn out flavorless and unhealthy because they haven't really been fermented. These breads destroy the societies that they once cultured."

"Most of our doughs are started three to five days before they are baked, and utilize multiple stages of preparation," he says. "We might also start sprouting some grains, which takes several days. Sometimes we will mash some of the grains, similar to what is done in brewing. All the stages are eventually mixed together and fermented under cool conditions for another day or two before they are divided, shaped, and baked." That laborious process, plus fresh milling, is why Gyawali only offers subscription holders one type of bread per week, but Gyawali says it's worth it.

"Fresh milled whole grain flours are very fragrant and have a uniquely sweet and fresh flavor," he says. "It's like the difference between freshly roasted and ground coffee and one that's been packaged for a few months." Brick agrees, "[Apis'] freshly milled flour adds a more pronounced flavor that we can't explain," he says. "We have played with other whole wheat and non-whole wheat flours, and we can't top our milled version."

But as Fink points out that, while he also uses heritage grains because of their abundance in flavor, that didn't always historically appeal to consumers. "White bread was the fad – to have a great texture and look, but taste was minimized," he says. "I compare it to vodka, which is typically drunk to allow the flavor of the mixer to come through. Heritage grains are an aged whiskey. They ... evoke more emotion on their own. Emmer smells of toasted hay and faintly nutty, Sonoran can be mushroomy, Red Fife is bold and nutty."

Still, not everyone is jumping on the freshly milled heritage grains bandwagon. "Milling grains is, without a doubt, not cost effective," says Fink bluntly. "It could be cost effective if your sales volume allowed you to mill thousands of pounds a day and have a large mill that could process this with minimal labor, but the reality of milling at a restaurant level means higher labor and less purchasing power."

To demonstrate, he points out that sifted commercial commodity flour can be purchased for 35 cents a pound, while unsifted emmer from Anson Mills is $6.75 a pound. Heritage grains yield less, are harder to harvest, and cannot be planted as densely – ironically, all elements that contribute to the flavor and nutrients – making sourcing more difficult.

"Many of these grains are heritage varieties, originating several centuries ago," explains Gyawali. "They went out of favor in the early 1900s as hybrid varieties that were bred for yield, easier harvest, and disease resistance became popular. Fortunately, small farmers and crop scientists in the U.S. and Canada have recently been working to bring back these varieties."

Austin chefs and bakers don't have much of a choice but to source from other regions. Heritage wheat crops were prevalent here in the 19th and 20th centuries, but they've been replaced with other crops due to lack of demand. At Emmer & Rye, where almost every ingredient is locally sourced, this has been one of Fink's greatest challenges.

"We have not had a ton of luck with sourcing any ancient varietals locally because the market for these was hard for a farmer to gauge, restaurant margins are so low, and farm margins oftentimes even lower," he explains. "Imagine opening a vegetarian restaurant when you didn't know a single vegetarian."

However, there is some hope for a stronger local grain economy. Just an hour northeast of Austin, Richardson Farms in Rockdale grows milo and oats for animal consumption as well as white and yellow corn and red hard winter wheat for human consumption – all non-GMO. Packages of their freshly milled wheat flour and cornmeal are for sale at all their farmers' market locations, and whole wheat berries are available by request.

"We've had a large success with our wheat," says Mike Richardson, who supplies flour to restaurants like Barley Swine, Odd Duck, Texas French Bread, and Lenoir. "I think other bakers and restaurants using grains will see ... the more people willing to support these products, the more willing people would be to grow them. And it doesn't necessarily have to be our farm doing it – we're just a small cog in the wheel!"

Much to Fink's delight, Richardson Farms has agreed to grow heirloom varieties of emmer and rye as soon as the ground is dry enough for them to plant. "Now that farmers here see the market from restaurants and consumers, they are more open to committing to the labor and investment required of these non-GMO and hard-to-harvest crops," says Fink.

Ultimately, the best way to gain more (and lower cost) access to high-quality, healthful bread, is to vote with your dollars. Support local bakers who are doing it right. Buy locally grown and milled wheat flour. And if you're currently avoiding gluten just because you've "heard that it's bad," re-evaluate the type of grains you were previously ingesting.

"The gluten-free movement has served to highlight the negative qualities of our refined grain-based diets, but we can't lose sight of the positive qualities of whole grains," urges Gyawali. "Heritage grains, grown without toxic chemicals, milled fresh, and given proper time for natural fermentation's benefits, are superfoods. They are what have allowed our societies to evolve. And we must go back to using them the right way to continue to do so." 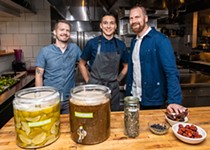 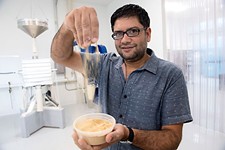 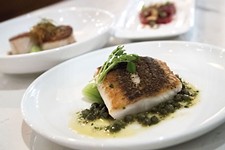