The many firsts of 4th Tap 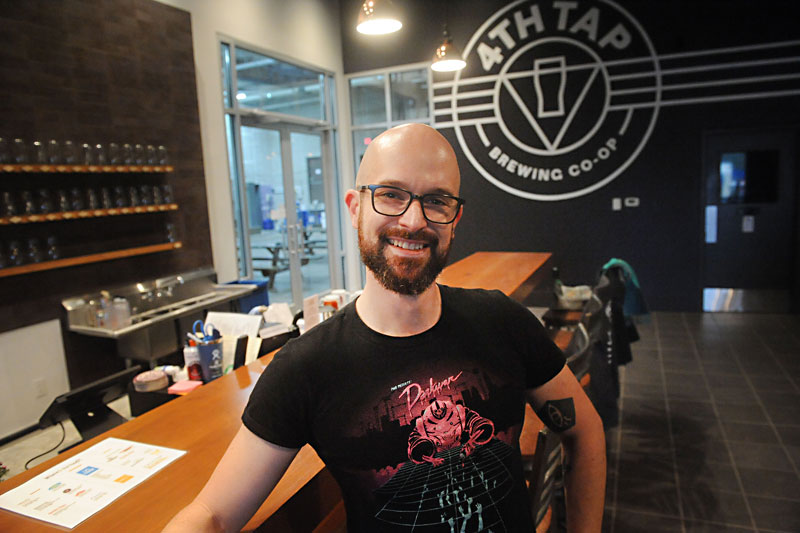 "It's such a great industry to be in right now," says Chris Hamje, head brewer at Austin's first 100% worker-owned brewery cooperative. "Everyone is friends, everyone loves each other. We still have eight years before it's even close to saturation." His brewery, 4th Tap Brewing Co-op is the new kid on a grid of burgeoning breweries located in the warehouse district north of Research Boulevard and west of Metric. Already home to Austin Beerworks, Adelbert's Brewery, and Circle Brewing Co., the district will also soon welcome Oskar Blues, a popular brewery hailing from Colorado, this spring.

But in that burgeoning district, 4th Tap hopes to provide something a little bit different. The name of the cooperative comes from a common brewery practice. Hamje explains, "Five years ago, every brewery had three mainstays: an amber, an IPA, and a porter, and they would do the seasonal [beers] as their fourth tap. The brewer got to show off or use something they had to source. We wanted to make a company that just made those kinds of beers."

Hamje, quick to tout the innovations of other breweries in town like Blue Owl, Oddwood Ales, and Jester King, lives for the creative aspects of his job. With much pride, he shows off a pilot system he created a few years ago, "See the big brain box? I learned about electrical engineering with this thing and it still works great for us."

The creativity shows in the product too. Three of their staples are the Sun Eater, a sorghum ale gruit with rosemary; the Long Walk, an American-style grapefruit IPA; and the tamarind-infused Renewal. Currently a chamomile cream ale is ready to go, and a bourbon spiced ale aging in Banner Distillery whiskey barrels is on deck. Those unique flavors are purposeful – and are local in more ways than one. "All of our core beers are made for the weather we get nine months out of the year here," Hamje says, adding, "I think everybody tries to locally source as much as they can. With the consumer base here, it really works."

Fully worker-owned cooperatives, however, are rarer. Hamje had chops as head brewer of Black Star Co-op, but it took him and friends John Stecker, Michael Olfers, Dariush Griffin, and Robbie Barber four years to envision and research the project. Most of the examples were in Canada. Many other co-ops adopt hybrid models like employee stock ownership plans or consumer-based models such as the one implemented at Black Star Co-Op. "Texas didn't really know how to handle what we were trying to do," he says.

Now that 4th Tap's doors are open, business and production has been solid. Pallets of beer line the walls neatly, ready to go. 4th Tap beers can already be found on shelves at H-E-B, Whole Foods Market, Central Market, Spec's, and Twin Liquors. In the next week, 4th Tap is planning a draft push to get a couple of tap handles at select bars around town and in January will bring at least two reputable restaurants in for food and beer pairing events.

Hamje says they purposefully picked a location that would offer space to grow, but it hasn't all been easy. "We're getting off the ground so we have a very bare-bones crew," he says. "I am the only one with commercial experience. I'm training everyone right now so one day I can go to sleep." He stops to laugh. "That would be awesome."

Romanouskas Delicatessen
Bringing back the deli

Breakfast of Champions
Bulking up with Party World Rasslin'