Let's Get Ready to Scramble 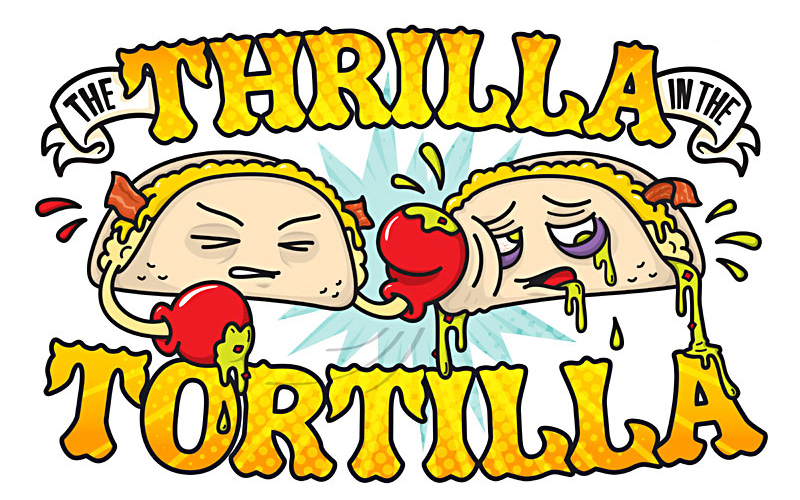 It's hard to believe now, but there was a time when breakfast tacos were a novelty. Tacos were baked in crispy commercial shells, stuffed with ground beef seasoned with a packet of Lawry's, topped with shredded cheddar and lettuce, and hosed down with a vinegary sauce. At least in the Texas Panhandle, the idea of wrapping bacon, scrambled eggs, and cheese in a tortilla seemed as newfangled as Amy Grant's secular music career.

By the time my folks moved to Robinson, the hard lines of taco-dom were tempered. Now that we lived near the "big" city of Waco with its drive-throughs and mall food courts, my culinary vocabulary had greatly expanded. I discovered that a taco could be "soft," a revelation. Robinson was my taco Galapagos.

If I had a breakfast taco before then, I don't remember. But I can still taste the tacos my dad would pick up before school. They weren't terribly good in retrospect: The eggs were runny and the meat was prepackaged sandwich ham, but I was hooked. The little blue deli next to the hardware store was simply serving the most amazing food I had ever had in my life.

Since then, the breakfast taco was there no matter what I went through in life. The first time I cooked as an adult, I scrambled up some (probably too runny) eggs. Tacos were the first thing I made when I learned that a couple of bottles of André made brunch. When I just moved to Austin and could barely afford rent, I would still gather up loose change and go to Tamale House.

All that is to say that breakfast tacos have been lifelong friends – always ready with the perfect combination of comfort and carbs. We here at the Chronicle want to celebrate that friendship in the only way we know how, putting 16 restaurants up against one another in grueling combat. Introducing the Thrilla in the Tortilla, our egg-breaking, chorizo-slinging, masa-flinging tournament to find the best damn taco in Austin. Over the next two weeks, we will ask our readers to knock out contenders until we can name the greatest.

To help draft Austin's best taco purveyors for battle, I relied on an expert taco squad. Mando Rayo and Jarod Neece of Taco Journalism literally wrote the book on breakfast tacos: Austin Breakfast Tacos: The Story of the Most Important Taco of the Day. Westen Borghesi of White Ghost Shivers and Nakia, the person who should have won the first season of The Voice, both know that breakfast tacos make beautiful music. Mariam Parker, executive director of the Austin Food & Wine Alliance, lent her knowledge of Austin's diverse food scene. And Mayor Steve Adler, risking controversy early in his first term, gamely weighed in with his favorites.

But they will not decide who ultimately goes home with the championship. That task will be left up to you. Our taco crew only decided 15 of the slots, so we need one more contender. Check out our list below to find out who is already in the race. Did we egregiously leave someone off the list? Vote until noon, Dec. 1, on social media using the hashtag #TacoThrilla. The winner of the vote will be lucky No. 16 on our list. Then the real battle begins. You, dear reader, will have a ringside seat.

4) Juan in a Million

Austin breakfast tacos, Tamale house, The Thrilla in the Tortilla