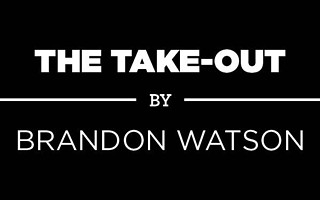 Maybe Austin has had enough. This year's slate of fall food events seemed less well-attended than usual. Even ticket sales for highlights like the TMBBQ Fest, with its promise of burnt-end Nirvana, seemed uncharacteristically sluggish. The Contemporary's La Dolce Vita, once the occasion for much peacocking, drew cargo shorts and Tevas this year. Maybe Austin has finally grown bored of the sip and stroll.

The sip and stroll, for those not accustomed to juggling plastic wine glasses while giving awkward side hugs, is the prevailing mode for food events. There's sometimes a hook, but the format is basically the same. Restaurants, wineries, and bars serve up tiny bites and shot glass cocktails, and everybody laughs and struts and gossips. They work somewhat like a Victorian promenade but with a good deal more Tempranillo. The Austin Food & Wine Festival features a giant sip and stroll; great charitable events like Pay It Forward fit the category too, as does, to some extent, the Chronicle's own Hot Sauce Festival.

Maybe it's the expense. Tickets for several of the top events hover around $100 per person. Even those lucky enough to be able to swing the cost may not want a meal composed of amuse-bouches. Sip and strolls are an indulgence, but Austin is fond of indulging. And the price – especially when it funds philanthropy – does not seem entirely out of order when they bring out top chefs. This weekend's Wine & Swine, for instance, features local favorites like Ned Elliott, Rene Ortiz, and Todd Duplechan with chefs from buzzy restaurants like CBD Provisions in Dallas and Feast in San Antonio.

Maybe it's the volume. One could go every weekend never touching proper cutlery. It's impossible to attend them all, even for those of us who sip and stroll professionally. And like guppies or the Duggar family, they constantly multiply. In the last two months, new festivals have been announced led by former laV wine director Vilma Mazaite and barbecue wizard Aaron Franklin. They are sure to both prominently feature sip and strolls.

But my guess is that we just need some variety. The same top chefs tend to participate in the same events year after year (a matter of economics in many cases, since successful eateries are most likely to foot the bill). After a while, they all blur together and attendance at all events suffers. While smart folks like the Austin Food & Wine Alliance bring in out-of-towners and smart events like La Dolce Vita introduce coming attractions like Backbeat, others only offer the same. That's a problem when the events mostly draw from a limited pool of socialites and foodies, and when nonprofits rely on them for funds. The focus on Burgundy from Mazaite and the amiable celebrity of Franklin should be enough to make those fests weather the storm, but more than a handful of other events need a major retooling if they want to keep pulling in the audience.

I'll tell you just which ones after clinking one of those plastic wine glasses.

The Take-Out
Looking at Austin through new eyes