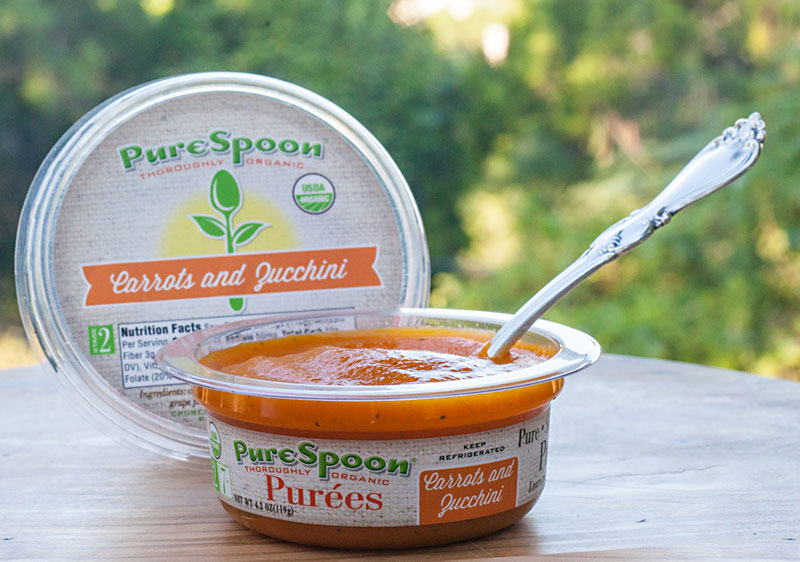 Alyson Eberle will be the first person to tell you she's not a cook. And she certainly never expected to find herself in the vanguard of the fresh baby-food market. She was just a busy mom who wanted to feed her 5-month-old daughter the best food possible. To her, that meant something that was fresh, organic, and nutritious, with no GMOs, no added sugar, no pre-made purées. "I couldn't find anything like what I wanted in the baby-food aisle," she recalls. "I realized I was going to have to make it for her myself." There was a lot of trial and error involved in developing the techniques and recipes, but "I was bound and determined to get this right," she says emphatically.

Eberle soon realized she wasn't the only parent who wanted quality food for their kids. Every time she talked about the baby food she was making, people invariably wanted to know how they could get some, too – and many didn't have the time or wherewithal to make the baby food themselves. Eberle and husband Greg Godkin recognized a good business opportunity, and Pure Spoon was born. She began by working closely with a pediatric dietitian to make sure her recipes were nutritionally balanced, and she sourced only certified-organic fruits and vegetables – washing, chopping, lightly steaming when necessary, and puréeing them herself. Eberle chose a cool-temperature, high-pressure pasteurization process to ensure optimum nutrition and flavor.

In 2014, she found a commercial kitchen, and her baby food debuted on store shelves about nine months ago, quickly gaining wide distribution. Eberle no longer makes all the products herself, but she still spends time in the kitchen, and her daughter is now a happy, healthy 5-year-old. Eberle is pleased to report that her products aren't just providing delicious nutrition to the stroller set. "In Houston, stores around the medical center tell me they see lots of chemo patients buying it because they need soft food with plenty of nutrition to keep their strength up. We're in the process of changing our packaging to say 'Pure Spoon Purée' rather than just 'baby food' to reflect that versatility," she says.

For a taste test, my Chronicle colleagues found me a mother/daughter team willing to be guinea pigs. Busy mother Madison Miller is a freelance makeup artist who works on everything from newscasts to independent films. When she began contemplating what she would feed her first child, she was put off by the very same kinds of foods that Eberle had found so unappealing. Miller was especially concerned about starting her daughter out on a diet of processed foods with added sugars. "I wanted to augment breast milk with healthy foods when she was ready, but it's a lot of work," she explains. She jumped at the chance to share Pure Spoon with her 7-month-old daughter, and she could tell immediately that her child was a big fan. "From the time we started adding soft foods to her diet, she's had this little puckering face she makes anytime she tried something new. Even if she'd go ahead and eat it, there was always that face. With these Pure Spoon flavors we've tried, there has been no puckering and she's enthusiastic about eating it all!" Miller says, laughing. What better culinary vocabulary could you ask for?