The art of the deal

Although the breakneck pace of local restaurant openings has slowed somewhat over the past couple of months, 2015 has still been a busy summer for Austin's homegrown food and beverage industry brands. Tiff's Treats just secured $14 million in investment capital to fund expansions in Houston, San Antonio, and Austin, and to research the viability of expansion outside the borders of Texas in the next couple of years. Tiff's co-founder Leon Chen disclosed that Tiff's newest Austin outlet will open in the Mueller development this fall, followed by more stores in Houston and San Antonio. He also reports they are looking forward to reintegrating Blue Bell ice cream back into the Tiff's product line, but he's not sure how long it will be before the beloved but beleaguered Texas brand will resume distribution to companies such as his as it re-enters the market.

Austin's first line of cold-brewed coffee products, Chameleon Cold-Brew, debuted in the local market in 2011. The company was founded by local coffee shop owner Steve Williams of Bennu Coffee and corporate consultant Chris Campbell. The business partners recently took on a $4 million investment to expand the distribution of both their concentrated and flavored ready-to-drink coffee beverages, as well as for research and development of new products, which they hope to bring online sometime next year. Last week brought the news that Deep Eddy Vodka of Dripping Springs has been purchased by Heaven Hill Brands of Bardstown, Kentucky, makers of Evan Williams Bourbon. Heaven Hill came calling after the popularity of Deep Eddy's flavored vodkas rocketed the company to the top of the premium spirits sales charts in just a few short years. Texas winery scion and Savvy Vodka founder Chad Auler and Sweet Leaf Tea founder Clayton Christopher created the Deep Eddy Vodka brand, making this the second homegrown beverage product Christopher has sold to a major beverage corporation. He sold Sweet Leaf Tea to Nestlé Waters in 2011. The Deep Eddy distillery (2250 Hwy. 290 E.) will continue to produce the vodkas and will still host weekend tours of the facilities in Dripping Springs.

Another homegrown brand recently attracted a national corporate suitor when Maryland-based seasoning giant McCormick & Co. made a $100 million deal to buy One World Foods, the makers of the popular Stubb's line of barbecue and grilling sauces, marinades, and rubs. The sauce company will continue to operate in Austin, and the sale is not related to the music venue and barbecue restaurant Downtown. Not long after a Chapter 11 bankruptcy filing in July, Z'Tejas Southwestern Grill has been bought by a new Austin partnership called Cornbread Ventures, a company put together by Iron Cactus restaurant chain owners Gary Manley and Mike Pottorff and real estate executive Michael Stone of the Stone Group. All three local Z'Tejas outlets will remain open and no major changes are planned. 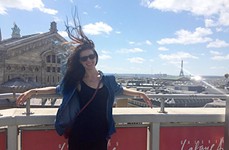