A family history in an ice cream maker 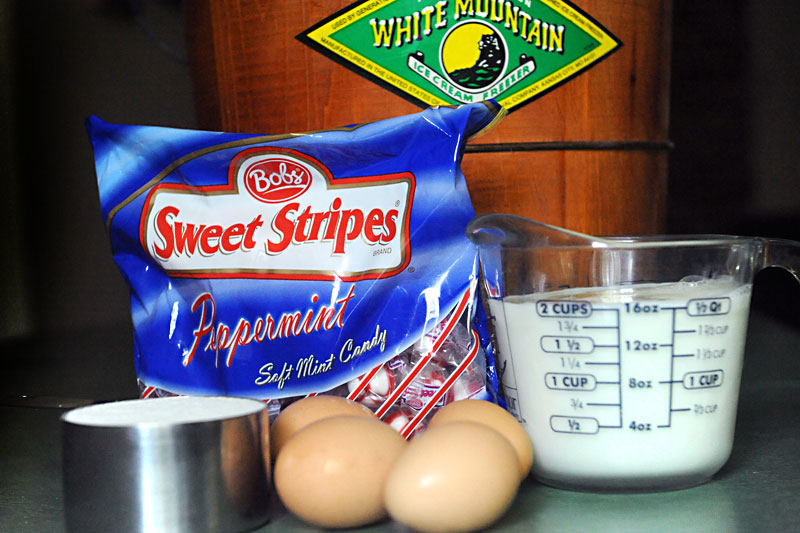 My sister Suzy did not cook. The kitchen in her townhouse was always impeccably clean – no errant dirty dish in the sink, no clutter on the countertops, contents of cabinets and drawers arranged in perfectly ordered precision, rarely used good cookware stored in an oven that was almost never turned on. Festive, but tasteful refrigerator magnets were arranged just so. I used to tease her that the only way to tell the difference between her kitchen and one in a custom-decorated model home was the cabinet stocked with an inordinately large supply of plastic drink cups emblazoned with the logo of her beloved alma mater, Texas Tech.

Part of the reason Suzy didn't cook was that she lived alone and worked a lot, but her picky eating habits certainly played a part. There were lots of foods she didn't like or was unwilling to try, so recipes or dishes that included those things were automatically off limits. Dining out could be another challenge. From time to time, I would ask her to be one of my dining companions when I went out to review restaurants, but she almost always turned me down. Experiencing different ethnic cuisines wasn't an adventure for her, it was more of an annoying exercise in navigating a culinary minefield of unfamiliar or potentially unappealing foods. Even ordering food in a drive-through restaurant with her could end up like a scene from When Harry Met Sally, although without the orgasm imitation.

When it came right down to it, the only pieces of kitchen equipment Suzy ever had much use for were her ice cream freezer and the Vitamix that was a gift from her Kappa sisters after she was diagnosed with cancer. Treatment for a cancerous bile duct tumor above the liver is not likely to enhance anyone's appetite, so the powerful blender was invaluable when it came time to whip up the smoothies and protein shakes that sustained Suzy through radiation and chemotherapy. The Rival 4-quart electric ice cream maker, on the other hand, had been her regular and well-used companion for many years, the key component to the annual birthday ritual she practiced with our mother and then on her own – making her favorite peppermint ice cream.

I've written about making this ice cream before, and revisiting it always incites some kind of treasure hunt for the secret ingredient – a particular brand of soft peppermint candy sticks that are often only readily available during the Christmas holiday season. When I wrote about it nearly 20 years ago, I located a mail-order source for Bob's Olde Timey Pure Sugar Sticks directly from the company and I used that method to stock up from time to time. In recent years, Suzy had discovered the sticks among the retro candy offerings at Hruska's Store & Bakery on Highway 71 in Ellinger. She would invariably stock up on her way to or from visits to our brother-in-law's ranch near Sealy.

This year's version of my treasure hunt unearthed some fascinating candy history. Bob McCormack started making peppermint sticks for friends and family in 1919 and was the first confectioner to wrap his candies in cellophane. The Keller machines for twisting and cutting candy sticks and then bending them into canes automatically were invented by a member of the McCormack family in 1953, revolutionizing that all-important aspect of the business. I also discovered that Bob McCormack's grandchildren sold the company to Farley's & Sathers in 2005, who then merged with Ferrara Candy Company in 2012. The product is now called Bob's Sweet Stripes, and all I'm finding this time of year is bags of peppermint candy balls. Maybe they only sell candy canes at Christmas? It's possible to locate retailers near you by going to www.bobssweetstripes.com, so I discovered that bags of Sweet Stripes are no farther away than my convenient neighborhood Fiesta or Walgreen's. Of course, my natural inclination was to call Suzy and tell her all about it.

Suzy celebrated her 60th and final birthday in July of 2014. The core group of friends she'd maintained since high school and some of her Kappa sisters made the trip to Houston, where she was receiving hospice care, to throw her a party. Her friend Randy Molinare had already brought her the ice cream maker so that she could enjoy her favorite treat whenever she wanted it. The batch of ice cream Suzy and our sister Ann made was a definitive aspect of that day's festivities. It just wouldn't have been her birthday without it.