Father's day books for the man who gets things done

Sure, you can buy your dad another tie, but he just uses those to clean his glasses. This year, buy your dad something he can use. We promise you'll get paid back in more than just karma.

In 1958, my father won a custom-built brick barbecue pit in a raffle, and that impressive white edifice dominated our backyard the entire time we lived in that particular house. Looking back, I realize Daddy would have had more fun with the "large barbecue" (our nickname for the rarely used prize) if he'd had a copy of Aaron Franklin's book to inspire and guide him in the pursuit of smoked-meat nirvana. In only a few short years, Aaron Franklin went from serious backyard hobbyist to being the smiling face of Austin's artisan barbecue movement and a nationally known celebrity chef. With this book and a PBS cooking series, BBQ With Franklin, the man with a bumper sticker that reads "Brisket is my spirit animal" generously shares everything he's learned from his personal barbecue journey.

Aaron Franklin's affable and unpretentious personality comes through in the writing, as though an incredibly knowledgeable buddy just dropped by for a cold beer and the offer of help with a backyard barbecue project. He shares his personal history and spends plenty of time discussing the various kinds of smokers, explaining the hows and whys of their operation. There is a chapter on types of wood and the results they are likely to deliver, and Franklin devotes another chapter to the crucial issue of choosing quality meat. The recipes themselves are very simple – the secrets are all in the investment of time, attention, and technique. Dads with unrealized barbecue dreams will treasure this book. 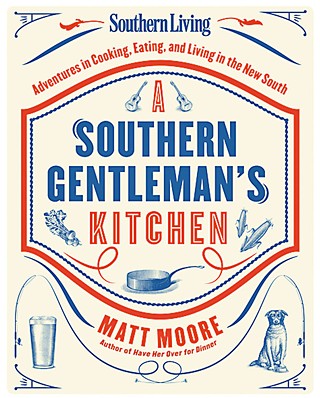 A Southern Gentleman's Kitchen: Adventures in Cooking, Eating, and Living in the New South

Food writer and former road musician Matt Moore lives in Nashville with his wife, Wilhelmina model Callie Moore, and their infant daughter, Vivienne Elaine, who is now the light of her daddy's life. Her daddy's new book could make the perfect gift for young fathers like himself, because Matt Moore is a firm believer in enriching life by bringing friends and family together around the table. Moore says that "at its heart, this book is about becoming a better man by spending time in the kitchen." To that end, Moore offers 150 recipes that have been vetted in the Southern Living test kitchen, many of them including "Gent's Tips" to ensure success. Under the heading of "Walking the Walk," the book is liberally seasoned with profiles and anecdotes about Southern activities and the authentic Southern characters – musicians, chefs, sportsmen, football players, artisan food makers, even a charismatic cab driver – who have provided Moore with personal inspiration. He serves up appetizers and entrées, appealing recipes based on seasonal produce and Southern artisan food products, and even some Southern gentleman's cocktails. Adding some of Moore's dishes to the culinary arsenal could make any gentleman dad a star in the kitchen. 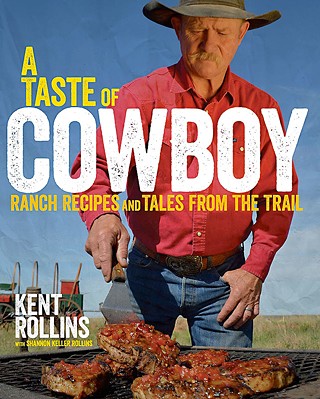 A Taste of Cowboy: Ranch Recipes and Tales from the Trail

Whether your dad is an actual cowboy or simply a man who is intrigued by the rich cowboy heritage of the American West, he's likely to find Kent Rollins' story and cooking very appealing. Rollins is the genuine article – an authentic ranch chuck wagon cook who has plied his trade on ranches across his native Oklahoma, as well as Texas, New Mexico, and Kansas, for the past 20 years. In between cattle roundups, he writes cowboy poetry, makes appearances on the Food Network, and operates Red River Ranch Chuck Wagon Catering and Cooking School in Hollis, Oklahoma, with his wife, Shannon. Rollins shares the history of the chuck wagon and explains the cook's crucial contribution to any successful cattle drive, making this book a worthwhile addition to the library of anyone truly interested in the culinary history of the cattle drive era of the West. The tools of Rollins' trade are Dutch ovens and cast-iron skillets, and he teaches readers how to "season" and care for them. Like any good chuck wagon cook worth his salt, Rollins depends on wood smoke, sourdough starter, chile peppers, and some canned goods to create the meals that keep working cowboys satisfied. While Rollins' food would never be described as haute cuisine, it's road-tested, crowd-pleasing, flavorful grub. We're betting Dad will approve.

For many thousands of Texans, this will be their first summer without Blue Bell ice cream. However, some artisan ice cream makers from the culinary hipster heaven of Brooklyn's ultra-trendy Greenpoint neighborhood have come to our rescue, although not in their signature butter yellow ice cream trucks. Instead of selling scoops, the Van Leeuwens are graciously willing to teach folks how to make artisan ice cream at home in a variety of tantalizing flavors. They've built their company's reputation on the use of top-quality basic ingredients and carefully sourced flavorings, and they encourage readers to do the same in order to duplicate the quality and satisfaction of their ice creams. They resist the use of stabilizers and thickeners in the premium products served in their New York and Los Angeles scoop shops and ice cream trucks, and the same goes for all the recipes in this book. Take Dad shopping for ingredients at the farmers' market and then make ice cream. There are enough recipes to last all summer.